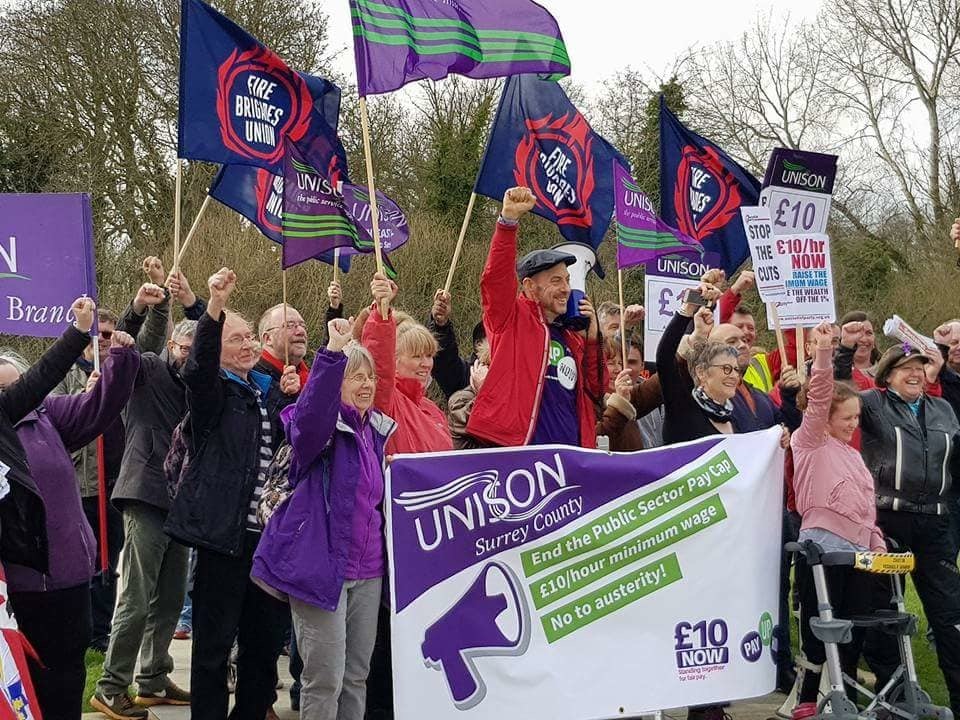 Ballot papers are being sent out to the 1.3 million members of public sector union Unison to elect the new national executive council (NEC), the highest elected body of the union. The best way to encourage people to vote is to inspire them with what Unison can do to fight for them.

The NEC, along with the general secretary, is the body which has the final say on whether Unison will back industrial action or not. This alone will be a crucial question in the next few months, with pay a vital issue for health, local government and education workers.

There has been quite a bit of discussion in the NHS pay campaign Facebook groups. Unison members are rightly angry that so few candidates support the grassroots campaign for a 15% pay rise for NHS staff, which the Socialist Party supports.

Even among the candidates standing for health seats, only one called for a 15% pay rise – Socialist Party member Adrian O’Malley. The response was clear in the comments:

“Then that is where people should be putting their vote IMHO. A record of defending members, fighting privatisation and 15%. Ticks all the boxes.”

“Yes he’s the only one who stood out to me, calling for 15% and socialist representation.”

Adrian came within 300 votes of winning a seat on the NEC in the last elections two years ago. With the mood for change among many Unison members, particularly after the struggles of Covid and the insulting 1% NHS pay offer, you’d expect him to be elected easily.

But yet again the left is split, risking letting the right in again. Rather than coming to an agreement not to stand against each other in key seats, a left slate headed by Paul Holmes, who ran for general secretary, has insisted on standing against Adrian, and other Socialist Party members. Unfortunately, the Paul Holmes slate is also standing on a weaker, less combative programme than the socialists they are standing against, which has less chance of inspiring members.

The sad fact is, most members are not that engaged with how the union works, and don’t understand the NEC or the role it can play in deciding the direction of the union. Unison activists face a battle to get the biggest turnout possible. In the general secretary election last autumn the turnout was 9.8%.

It is more important than ever to ensure that the left wins a majority on the NEC. We need a fighting, democratic Unison with a socialist leadership.

Rules introduced by Unison to clamp down on democratic debate in the union mean that candidates for union elections cannot ‘invite or accept’ support ‘in money or kind’ from any entity which ‘is not provided for in Unison rules’. These articles are produced without the authorisation any of the candidates, in order to comply with these requirements.