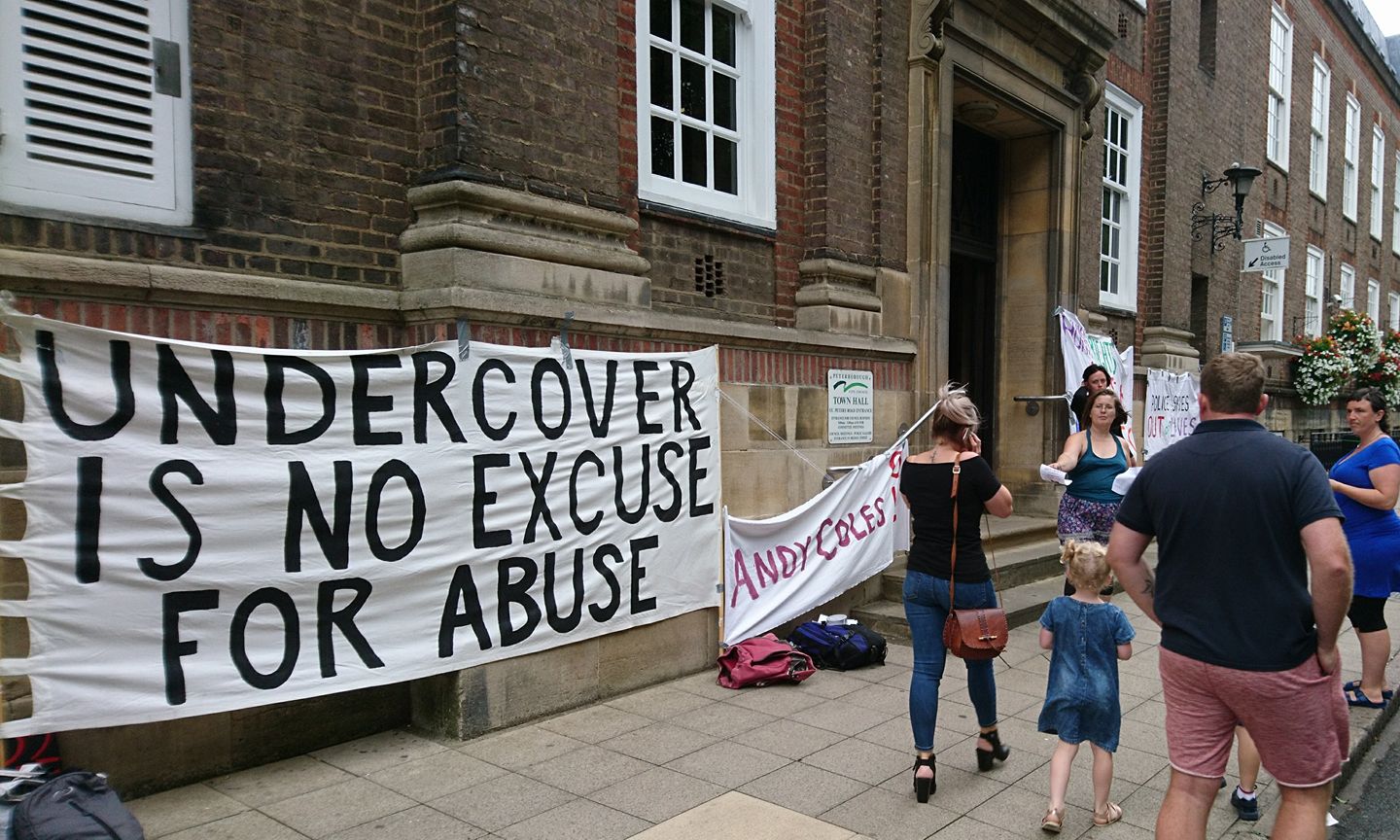 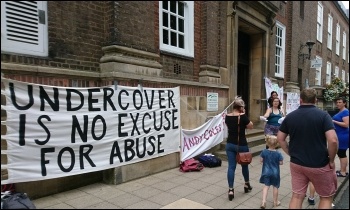 A second round of hearings in the supposedly ‘public’ Undercover Policing Inquiry took place from 21 April to 13 May, covering the period from 1973 to 1982.

Undercover police from the Special Demonstration Squad have been granted anonymity to protect their ‘right to a private life’, but the activists and families they spied on have had intimate details of their lives reported on and kept for decades. They have now been interrogated by lawyers in the hearings about the details in the police reports – that the officers “can’t recollect” writing.

The inquiry is important, both historically and to expose the tactics of the capitalist state. These tactics are still going on; the Police and Crime Sentencing and Courts Bill, if passed into law, will make protest illegal and spycops activities legal!

While watching the inquiry it was sickening to see activists interrogated about their activism. They were grilled on whether they wanted to cause public disorder, engage in ‘criminality’ (including flyposting and obstruction) or violence, even though the police reports clearly stated that they did not!

Two days were spent hearing witnesses from the Anti-Apartheid Movement and the Stop the Seventy Tour campaign. The lawyer that questioned these activists, and the police involved, acted as if protesting against the South African apartheid regime was still not OK, despite the vindication of history.

It became normal practice for the Special Demonstration Squad to use the identities of dead children as cover, and even get information from local Special Branch about those children’s lives. One of the officers interviewed was entirely dismissive of the effects their actions had on families. Some had tricked women activists into sexual relationships. Asked if he had any feelings for one of the women, one officer said: “Well, I got a lot of information out of her”.

This same undercover police officer contacted the Troops Out Movement to ask if there was a branch in South east London. One was set up afterwards. He then climbed through the ranks of the organisation until he was part of the national leadership, using sexual relationships to help him do this. He found new people to come to events and demonstrations and then spied on them.

Police spied on the justice campaign of Celia Stubbs – partner of murdered anti-apartheid activist Blair Peach. They sent twelve undercover police to his funeral, and continued to spy on the campaign to prevent the police involved being held to account.

‘Madeleine’s’ evidence about being tricked into a relationship by ‘Rick Gibson’ was powerful, but the cross examination by the inquiry QC was intrusive – in the worst traditions of victim blaming. The questioning proved to be a bit of a turning point in the inquiry’s attitude to the police witnesses, from this point there was far less banter and a tougher questioning of the spycops.

The undercover police consider what they did to be correct. Most had been in Special Branch, and some said that quite a lot of their work was directed by the security services. One said that subversion was “whatever the security services said it was.” Supposedly it was carrying out, or planning to carry out, public disorder in order to undermine parliamentary democracy.