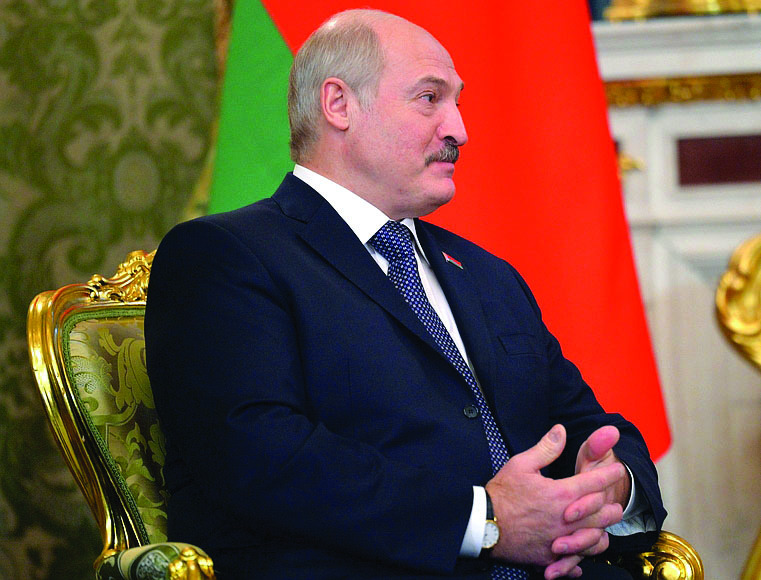 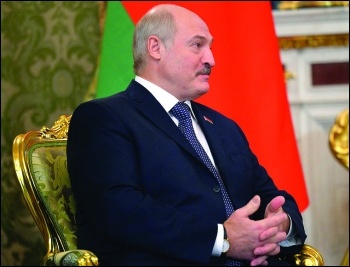 Dramatic recent events saw a Ryanair flight from Greece to Lithuania forced to land in Belarus. The military operation has been described as an unprecedented ‘hijacking’, and has seen European Union leaders move quickly to impose serious sanctions against Belarus and its clearly illegitimate president, Alexander Lukashenko. The US government under President Joe Biden has also condemned the escalating actions of both the Minsk and Moscow regimes.

This brutal kidnapping, arrest and blatant torture of Roman Protasevich – a Belarus opposition blogger living in exile – and his Russian companion, Sofia Sapega, have been a sharp reminder of the nature of Lukashenko’s dictatorship.

But, as a statement by Committee for a Workers’ International (CWI – the socialist international organisation to which the Socialist Party is affiliated) supporters in neighbouring Ukraine explains, there is a side to the struggle against the Lukashenko dictatorship that is a closed book to most journalists and commentators – the struggle of the working class.

“The outcry of the world’s capitalist press about the capture of the well-known Belarus opposition leader, Roman Protasevich, is perfectly understandable.

“The Lukashenko regime has once again demonstrated its dictatorial character to the whole world. However, we must point out that we did not see such a sympathetic reaction on the part of the world’s media and international governments when workers and trade union activists were suffering brutal repression at the hands of the regime.

“We have always campaigned for the establishment of a workers’ alternative to the regime of Lukashenko. However, in doing so, we have always made clear and continue to make clear that our socialist alternative has nothing in common with the capitalist, pro-Western position of the main opposition groups, aiming to step up the privatisation processes in Belarus.

“We demand not only the immediate release by the Lukashenko regime of the opposition leader, Protasevich, but also the cancellation of all the illegal sentences meted out against hundreds of workers and trade union activists.”

Articles on socialistworld.net last year explained that elements of a revolutionary situation existed, with hundreds of thousands of demonstrators turning out time and again and facing Lukashenko’s brutal state machine. The middle layers in society, including artists, musicians and media workers were in revolt.

Famous critics like Protasevich, as the Ukrainian message above points out, were clearly against the Lukashenko dictatorship, which is still based on large elements of state ownership. But he, like the main opposition leaders, imagined they could replace it with a ‘clean’ form of capitalism, something which has never existed.

At the height of the movement, workers began to take strike action, telling Lukashenko at mass meetings to “Get out!” Without a clear call for all-out general strike action to bring the country to a halt, the protest movement exhausted itself. The lack of a party based on the working class and fighting for a truly socialist alternative, meant the workers’ efforts came to nothing.

The Kremlin came to the defence of Minsk’s mid-air antics last week by referring to planes being diverted in the past by western nations. Specific reference was made to the case in 2013 of President Obama sending orders to a plane carrying Bolivia’s president, Evo Morales, from Moscow to make an unscheduled stop in Vienna. Other European countries had refused to let it land on suspicion that US whistleblower Edward Snowden was on board!

The FT also reports that last week, in an “apparent attempt to intimidate political opponents”, the Belarusian authorities deliberately released footage of the final hours in a prison cell, just days before the Ryanair hi-jacking, of another of the country’s dissidents, Vitold Ashurak.

But if significant sanctions are imposed by the Western powers it will be because of larger strategic competition with Putin’s Russia, not any genuine defence of democratic rights. This is shown in their sweet-talking with the murderous Saudi dictatorship.

Even if Lukashenko’s days as supreme ruler in Belarus are numbered, the workers and young people need a fight to the finish. They need to demand the freedom to assemble and protest, to speak, write and broadcast without fear of reprisal, to organise parties and unions, to strike, and to stand in elections. All these must be inscribed on the socialists’ banner.

But the chorus of western governments’ condemnation reeks with hypocrisy given the notorious kidnapping of ‘terrorist suspects’ – principally by previous US administrations and assisted by the British government and others – known as ‘extraordinary rendition’.

Belhadj said Britain’s MI6 spies provided intelligence which allowed the CIA to detain him and his pregnant wife in Thailand in 2004.

US and Thai agents reportedly tortured them before returning them to Gaddafi’s Libya where they received further abuse.

Jack Straw was accustomed to dealing with dictators. When home secretary, in 2000, he allowed Chile’s General Pinochet, who was in London at the time, to return home after the ex-dictator – whose regime murdered thousands of left-wingers in the 1970s – had been indicted by a Spanish judge for complicity in torture.

In May 2018, British Prime Minister Theresa May issued an official letter of apology for MI6’s role in tipping off the CIA and paid Belhadj £500,000 in compensation.