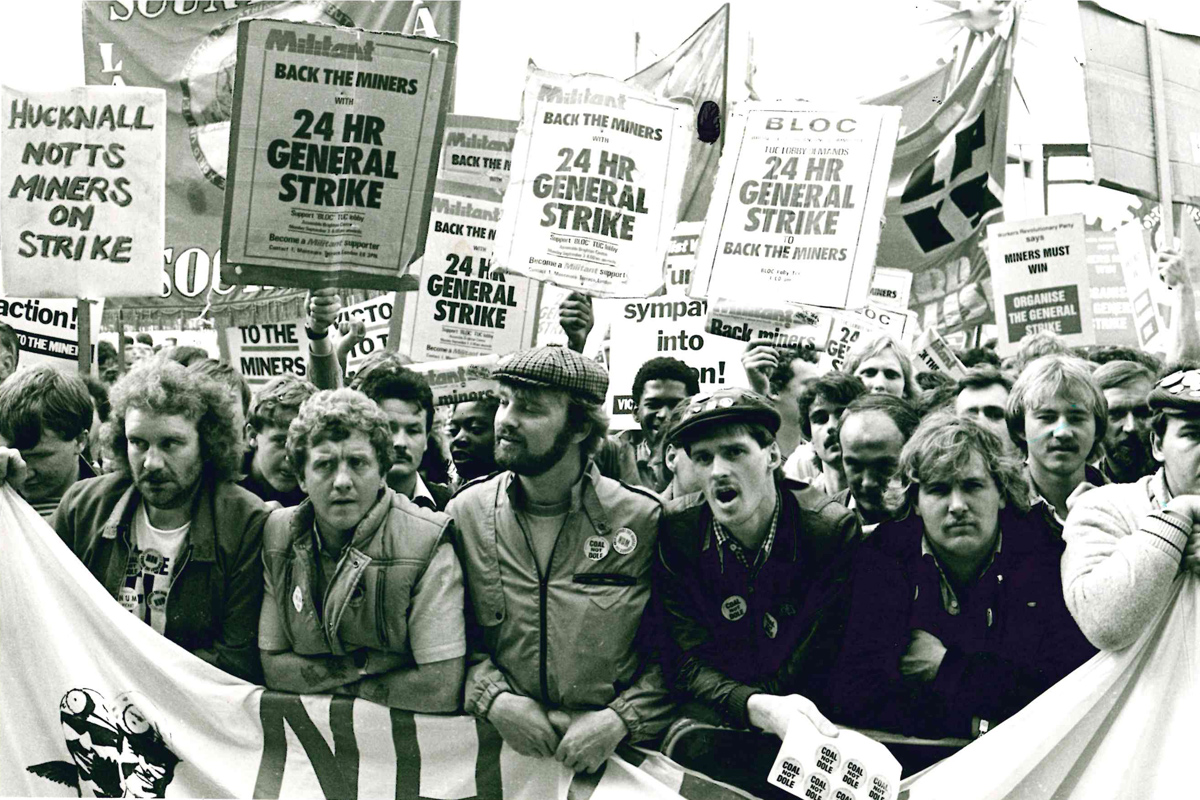 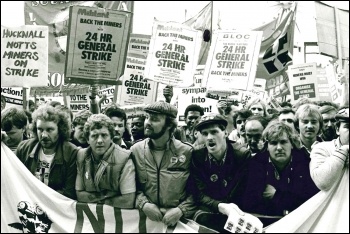 ‘Mrs Thatcher vs The Miners, the Battle for Britain’, a documentary recently screened on Channel 5, is a transparent attempt by the bosses to rewrite history. History is written by the victors, but this account demands scrutiny by workers.

Arthur Scargill, leader of the National Union of Mineworkers (NUM), came to prominence as a miners’ leader in 1972 when he organised ‘flying pickets’ of Saltey Gate depot. Having won this dispute, the NUM again struck in 1974, which forced the Tories to call a general election. After losing that election, and another in 1974, the Tories chose a new leader, Mrs Thatcher who was elected as prime minister in 1979. The documentary presents the miners’ strike as a personal struggle between Thatcher and Scargill.

Stephen Sherbourne, Thatcher’s sycophantic private secretary, comments: “She presented simple messages again and again”; “To the outside world she’s not only clear and inflexible, she’s clear focused and determined”; “Thatcher had one plan on her mind and that was to control the unions”. Neil Kinnock, wealthy failed ex-leader of the Labour Party, is contemptuous of Scargill: “Margaret Thatcher and Scargill deserved each other, absolutely no one else deserved them”. “She planned and she was prepared, he postured and banged his chest, and shouted”.

Matthew Parris, ex-Tory MP whose mild-mannered mask slipped, said: “In politics there are some battles you have to win, some things you can’t do without confrontation, sometimes you have to have a fight and win.” And so the ruling class made detailed plans to break the NUM. In 1981 the National Coal Board (NCB) announced that 23 pits were to close, this led to a walk out. However, the Tories feared that the timing wasn’t right to take on the miners. Coal stocks were deemed too low, and so Thatcher, in a humiliating defeat, was forced to postpone the pit closure programme.

The leadership, strategy and tactics of the strike must be studied, but workers will know that the miners had no choice but to fight. The defeat of the miners in 1985 wasn’t about a lack of courage, determination or working-class support.

The victory of the ruling class wasn’t due to their strengths, but because the right-wing leaders of the labour and trade union movement stabbed the miners in the back by refusing to mobilise the rest of the working class in solidarity. This led to social and economic devastation in the mining communities. The miners who fought that battle, the miners’ wives and their communities will inspire future generations.

This documentary is a naked attempt by the bosses to intimidate the working class. It is an attempt to warn a new, young layer of workers looking towards workers’ struggle not to go down the road of militant trade unionism. The documentary poses a challenge to aspiring trade unionists: Are you prepared to stand your ground against the bosses?

For a true account of the strike from the standpoint of the working class read: ‘A Civil War Without Guns, The Lessons of the 1984/85 Miners’ Strike’ written by Ken Smith and available to buy at leftbooks.co.uk