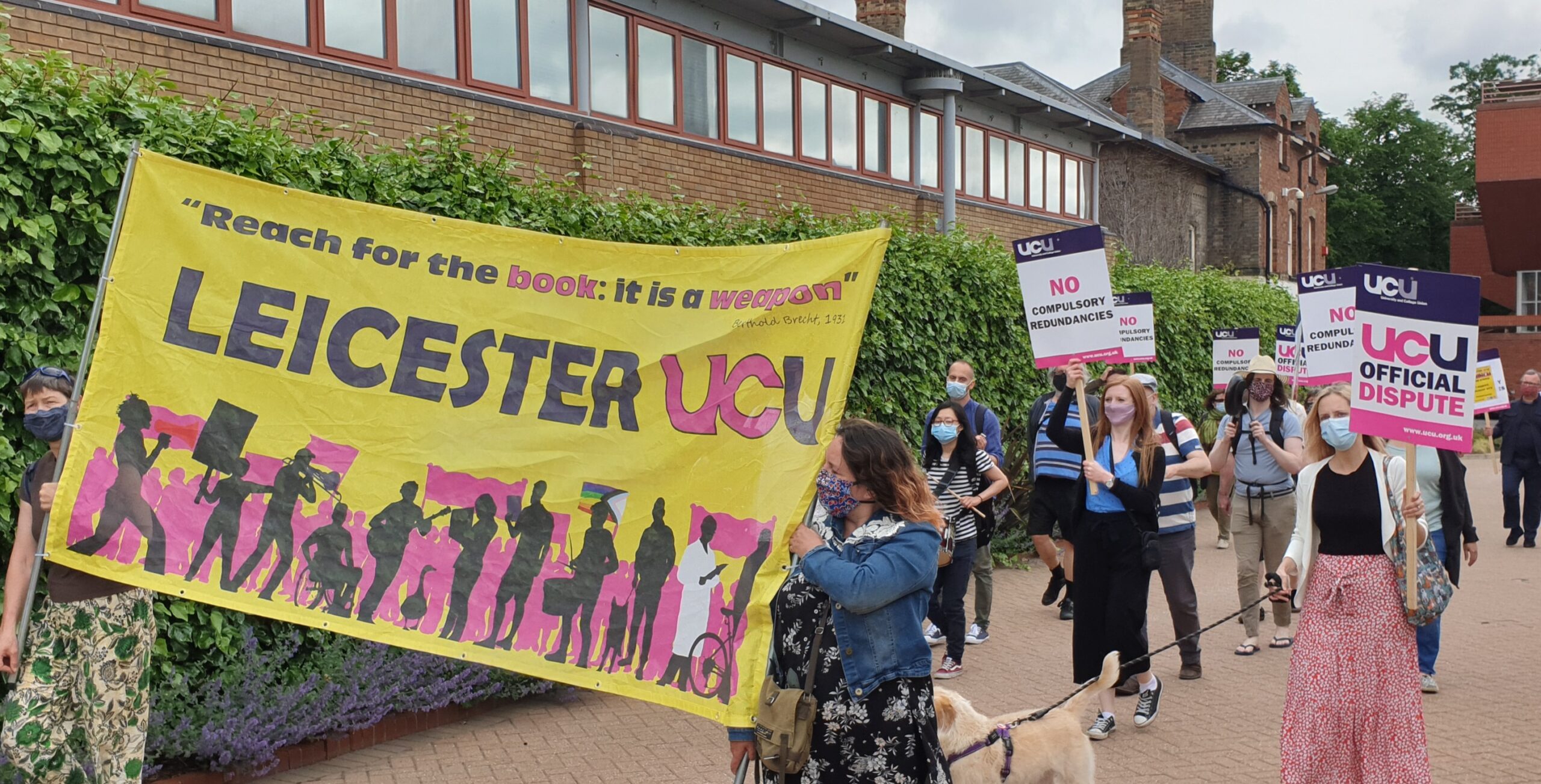 UCU staff have been in dispute with their employer for months over compulsory redundancies and academic freedom. The redundancies have been called, in true Orwellian speak ‘restructuring for excellence’. Staff are objecting to the way the vice-chancellor has unilaterally and undemocratically decided to disinvest in certain areas of research.

Initially, 145 colleagues were singled out for compulsory redundancy. Now, 26 have been issued with a redundancy letter. This is certainly not to say the remaining 119 colleagues have kept their jobs – far from it. Those 26 colleagues have all appealed against their redundancy, and it is currently going through the internal appeal process which, from what I hear, is shambolic.

The current student body of University of Leicester issued a statement of no confidence in the vice-chancellor and the executive board in January 2021 in support of university staff.

The UCU leadership organised the ballot period over less than a fortnight which included the Easter Bank Holiday weekend. Even so, there was a 56% turnout and approximately 69% voted for an all-out strike and 80% supported actions short of strike. 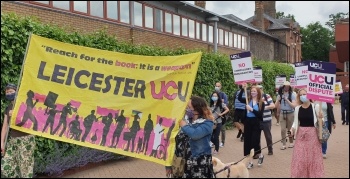 Picket lines during the three days of strike action at Leicester University, taken on top of action short of a strike, have been lively. On 10 June the picket line ended with a noisy drum-banging march through the campus, followed by a rally, and then a joint online meeting with strikers at Liverpool University.

The Socialist spoke to Gabby Provan, incoming chair of Leicester UCU, on the picket line: “We have been fighting threatened redundancies since October last year. But it is also about can we do research in areas that are ‘difficult’ for management without having our jobs threatened? Can we join unions without having our jobs threatened? 27% of the redundancies are UCU reps, yet they make up less than 1% of staff. It’s the very soul of the university that is being fought about, just like in other universities such as Liverpool and Chester.”