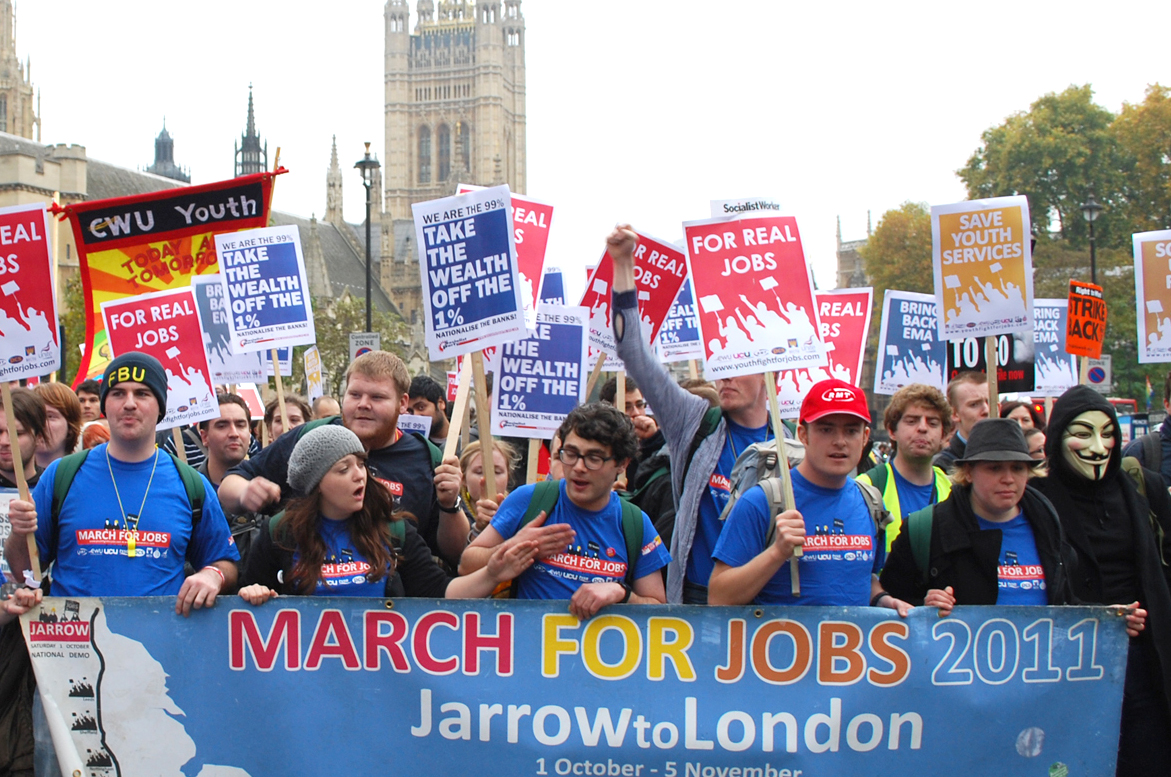 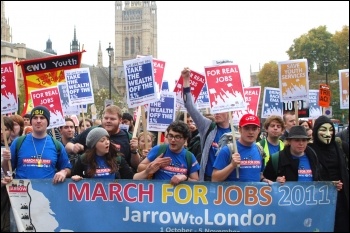 Young workers and students across the country are building up the Youth Fight For Jobs (YFFJ) campaign at a time when it is so clearly and urgently needed.

YFFJ was founded in 2009 as the burden of the 2007-8 financial crisis was placed on workers and especially youth. Now, more than a decade of austerity has left the future of the next generation in peril.

Millions of kids grow up in poverty, are laden with student debt or penniless from phoney apprenticeships, and then are marched into insecure, unskilled minimum wage jobs on zero-hour contracts. That’s no future.

On top of that, the Tories’ decisions throughout the pandemic have left the idea of skilled and well-paid jobs as just a pipe dream for more young workers. The ending of the government’s pittance furlough scheme and lack of job support threatens hundreds of thousands of redundancies.

Many big companies could, in fact, have afforded to keep the jobs, but they chose to sack workers rather than take a hit to their bloated profits. The super-rich ‘1%’ hoards more wealth than it has ever held, while a quarter of all long-term unemployed are aged 16-24.

With a government – and a weak Labour opposition – only interested in protecting the bosses, we urgently need a fightback to get secure, socially useful, well-paid jobs, and to make the bosses pay. That’s what Youth Fight For Jobs will campaign for in the struggle ahead.

Socialist Party and Young Socialist members will be helping organise YFFJ groups across the country. A meeting of the campaign group’s steering committee in July will really kick start post-lockdown activity.

YFFJ works with and appeals to the trade unions to develop this fight. As the biggest workers’ organisations, the unions hold immense potential power and could win jobs for all, and more.

Recent victories, like the Unite sparks’ protests over a deskilling threat and the Thurrock bin workers victory against pay cuts, show that potential, but these struggles also clearly show the bosses are on the offensive. We won’t get decent jobs for young people only by defending the jobs we have, but by fighting for a better future.

Youth Fight For Jobs will appeal to all young people interested in defending their future. Whether you’re a school student, a university student, an apprentice, a worker, or stuck in unemployment, you have a stake in the fight for jobs. Join this campaign and help organise the fightback!