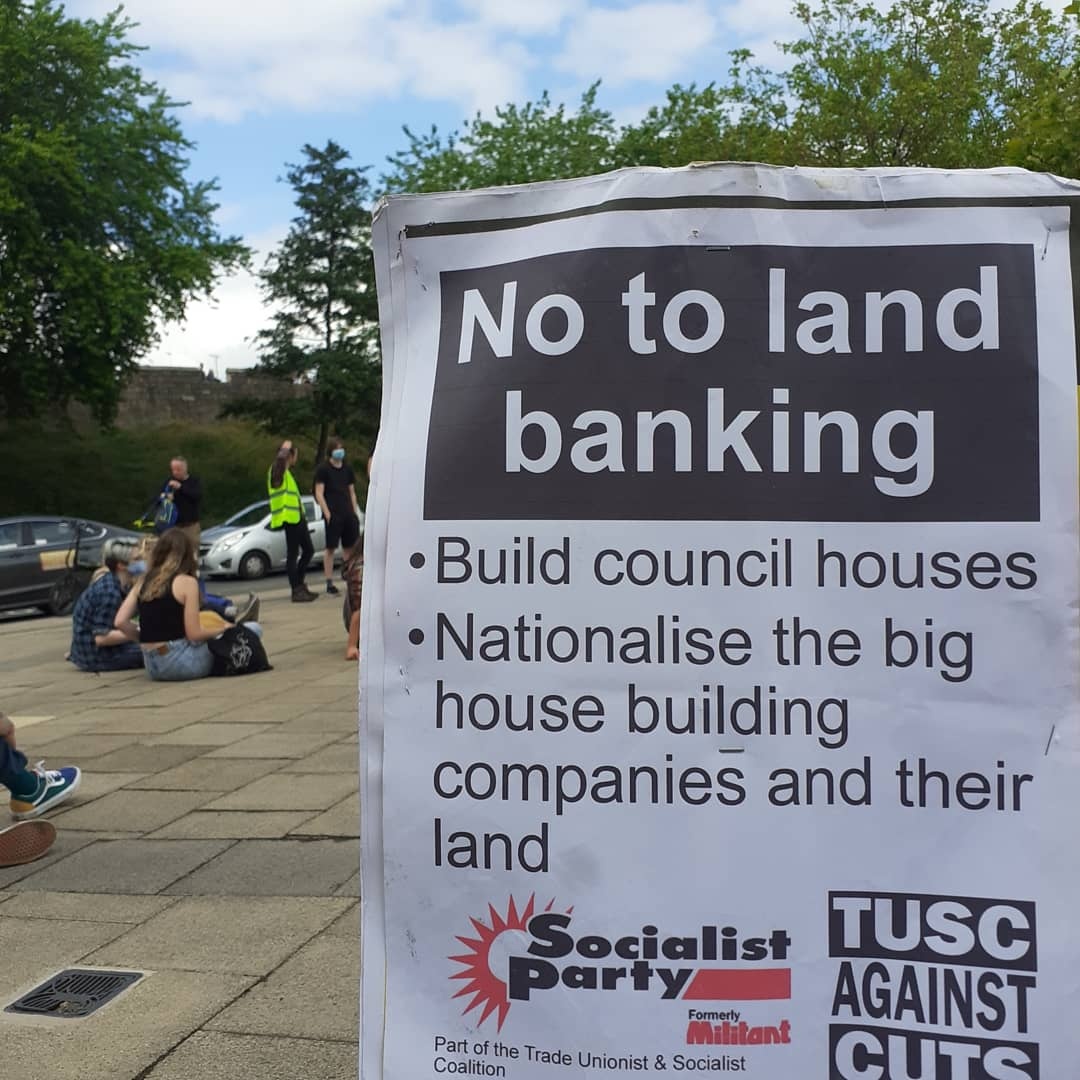 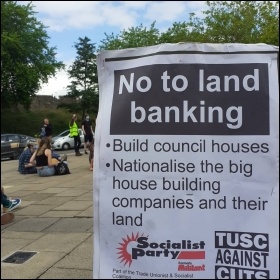 It has become part of Persimmon’s ‘land bank’ – holding onto the land while its value gets higher and higher. A Guardian report in 2015 showed that developers were hoarding 600,000 plots of land. The biggest four housebuilding companies, including Persimmon, sit on three-quarters of those.

Around ten years ago, with no progress being made to develop the land, local residents made a request to use it as a community allotment. This was denied. The reason Persimmon Homes gave was that it planned to build student housing there “in the immediate future”.

This was the story until June 2021, when a group of locals occupied the land, calling it ‘the Barbican Community centre’. They cleared 15 bags of rubbish, erected raised beds, and sought a dialogue with local residents about what the plot of land should be.

Our protest sent a very important message – this is our land. One occupier said: “It’s amazing to see so many people out here today.

“Today has shown that the people of York want and need this centre. We care about each other, we want to unite, we want our community to thrive, whereas Persimmon Homes cares about nothing but profit.”

The protesters demand the council compulsorily purchase the land for the token sum of £1. Although several councillors, including the council’s Green Party deputy leader, attended the protest, they did not respond to this demand.