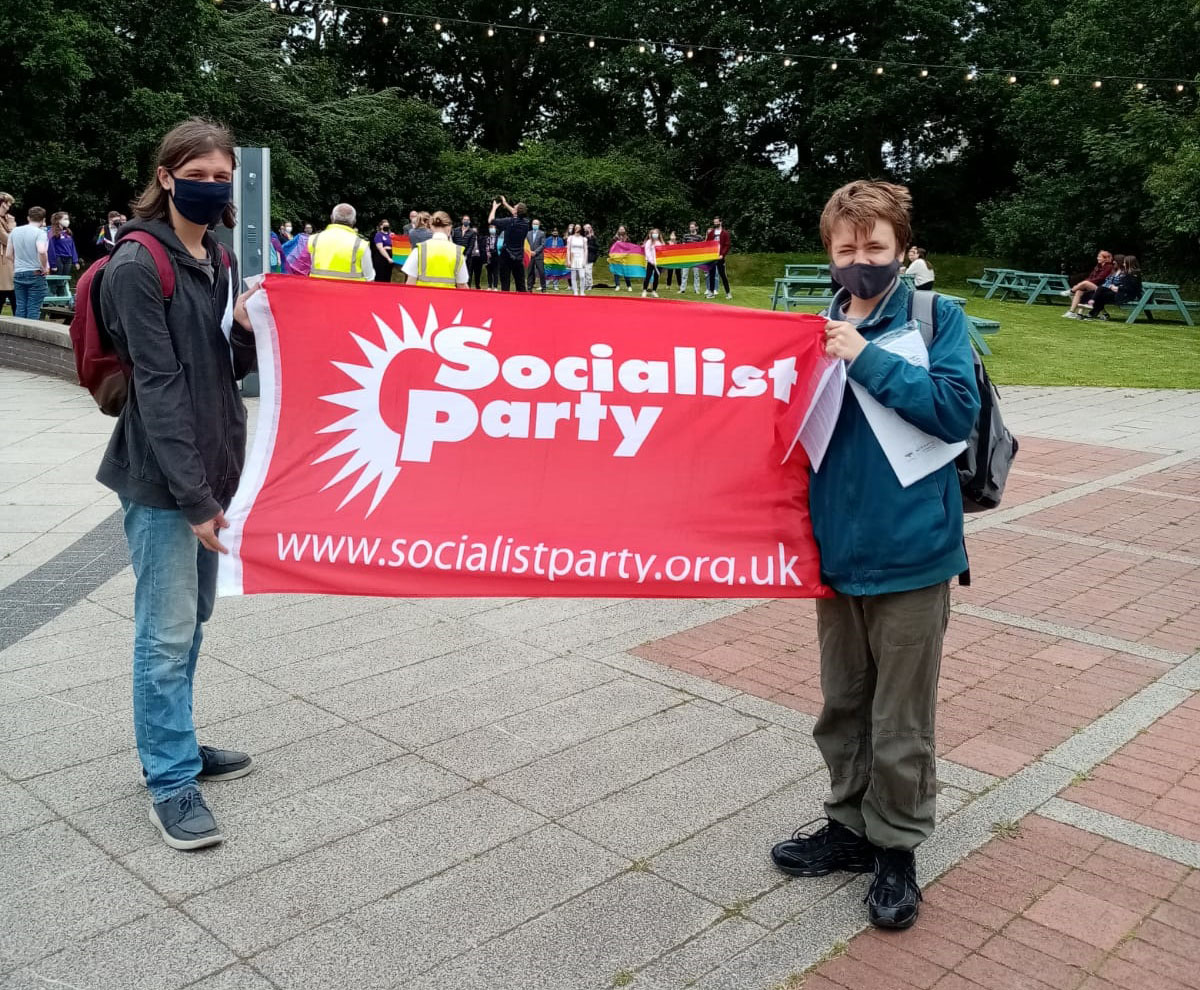 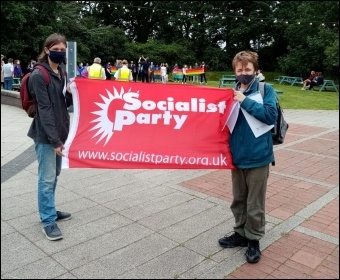 The Tories are using the lives of trans+ people as part of their reactionary ‘culture war’ agenda. Disgracefully, this has been given misguided support by some who claim to be on the left. Starmer’s Labour has not put up any opposition. The Tories seek to divide workers to cut across a united fightback, so the struggle of LGBTQ+ communities is an issue for the whole class.

Fighting together for liberation is empowering and inspiring. Trans+ Pride was utterly unlike depoliticised and demoralising Pride parades which are controlled by big business ‘allies’, falsely offering up individual consumption as an escape from oppression.

It was fantastic to talk to so many passionate young people about the struggles ahead, and the Socialist Party’s platform to secure economic and social justice.