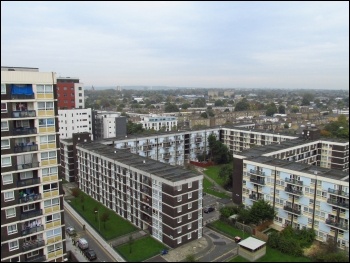 People generally felt that the Labour council did not represent them. We handed out Trade Unionist and Socialist Coalition (TUSC) leaflets and Socialist Party leaflets explaining that there needs to be the biggest possible number of anti-austerity candidates at next year's council elections. And those that we spoke to generally thought that this was a good idea.