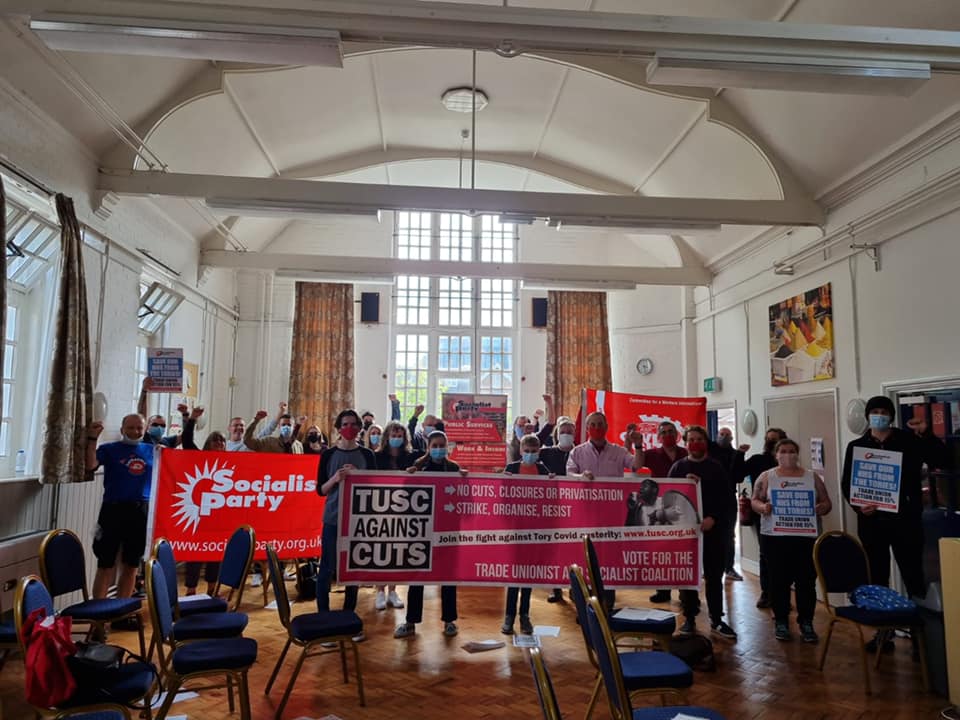 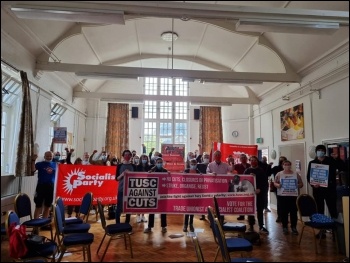 50 people came to our meeting on 11 July, either in person or via Zoom. Socialist Party general secretary Hannah Sell led the opening discussion. Hannah congratulated the party for not just surviving lockdown, but adapting.

We could have easily declined into an online discussion group instead of an active, campaigning party. In fact, we have been far from inert.

We have supported strikes and stood in local elections. And all of this was done while following Covid guidelines.

The atmosphere was hopeful and focused. We have a new Socialist Party branch in Chichester, and during the conference over £2,000 was donated to the party. Immediately, we’re helping Paul Couchman in his election campaign in Staines.

The new book by Peter Taaffe – The Struggle for World Socialism – was also launched. Individual branches are looking to organise their own launches of the book.

So much was discussed that the overrun of the conference meant the only thing missing from the day was time to sing the international workers’ song, the Internationale. Although, I suspect that a few members would have preferred ‘three lions’ at that point.

Our meeting for Socialist Party members in the West Midlands on 10 June highlighted that, despite the many challenges of the pandemic, the Socialist Party has flourished.

This was shown by the many new faces at the meeting, several of whom spoke in the discussion. 60 people attended in person and on Zoom.

We touched on how trade union membership has grown during the pandemic, and the huge potential for further workers’ struggles as people return to the workplace.

A Stafford Trade Unionist and Socialist Coalition (TUSC) candidate said how proud she was to have increased her vote from the last time she stood. TUSC is putting forward a people’s budget, including in Birmingham – the largest local authority in Europe – where all council seats are up for grabs next year.

A Birmingham student said people attended open-air Socialist Party meetings in all weathers. This meeting raised over £800 in donations, thanks to the generosity of everyone attending.