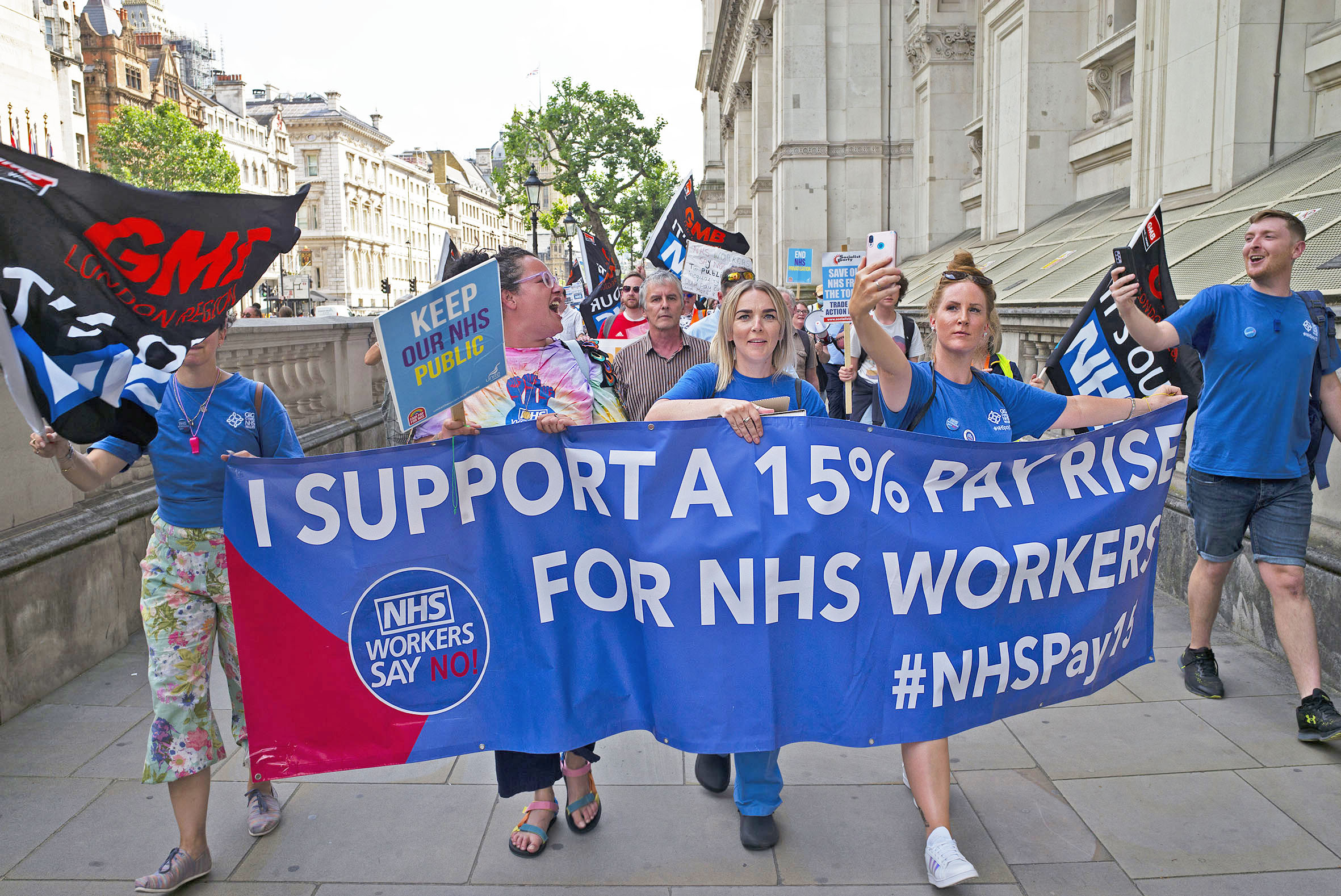 Organise to defend the NHS

The Tories’ 3% NHS pay offer is not enough. With job losses in other workplaces, many of my NHS colleagues have become the main household earner during the pandemic. My rent has gone up by £10 a month, bills, train fares and food have all increased too. Anything less than 15% is a pay cut in real terms.

NHS staff have worked bloody hard during the pandemic. We are skilled professionals and our wages should reflect this. When NHS salaries aren’t enough, some staff go private – for a lower workload and more money – who can really blame them?

NHS waiting lists are expanding, and the NHS can’t keep up ‘in house’ because of a lack of staff. Private companies like Nuffield or Specsavers extort billions to cover the backlog and make a hefty profit.

A 15% pay rise is an essential part of retaining the NHS workforce. It would also help to attract new workers. Healthcare students coming through university have paid over £30,000 to study, often being used to cover staff shortages in the process. Their student debt should be wiped, and future health workers paid to train.

Privatisation does not just affect workers, but patient care too. Healthcare providers, motivated by profit, already run huge parts of our health service. Money that could be used to fund NHS services is instead lining the pockets of the bosses and paying off a mountain of PFI debt. This is set to become more widespread if the Tories’ health and care bill is passed in parliament.

Rather than giving more money to billionaire owners of private healthcare providers, pay us NHS workers 15%. If you are an NHS worker, vote to reject the Tories’ 3% offer. If you support our cause, help to mobilise your trade union to join the fight for fair pay for all, and for a properly funded, publicly owned NHS!