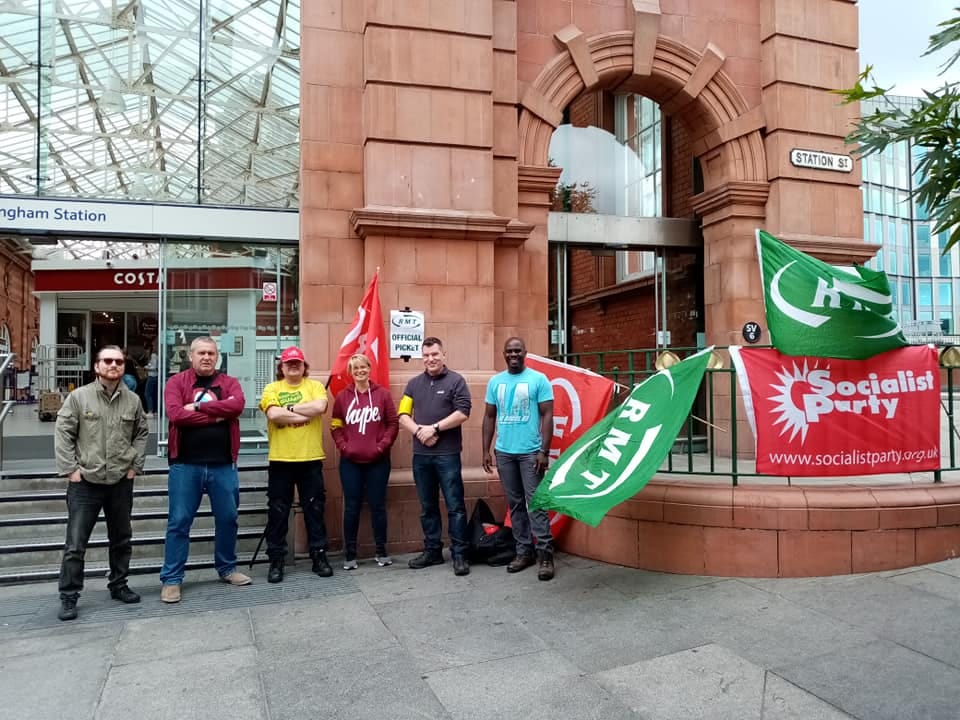 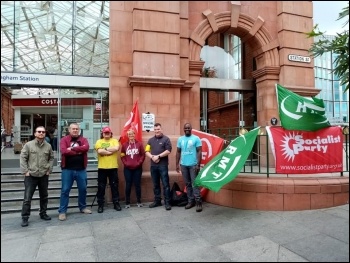 RMT senior conductors and train managers took strike action again on Sunday 15 and 22 August on East Midland Railways (EMR) and Intercity. The action was solid and well supported with picket lines at Nottingham, Derby and Kettering stations on 22 August.

Steve Hedley, RMT assistant general secretary, was at the picket line at Kettering on 15 August, where for the second week of the Intercity safety dispute a manager tried to intimidate relatively new RMT reps.

The dispute with EMR, over reduced pay and revised contracts for new starters and the associated safety concerns that flow from that, is in its fifteenth week. The re-ballot two weeks ago was overwhelmingly won. EMR management has refused to talk to the union, saying that it will enter talks if the strikes are called off. This weekend though, there are indications that some managers are keen to try to settle the disputes and to head off a brewing dispute with station staff. Unusually, managers have been instructed to give RMT reps all the time off they need to attend a series of workshops across sectors of the workforce to discuss the issues.

It is understood that at least some of the management want to settle the disputes before a substantial meeting with the Department for Transport (DfT) in October.

Once again, replacement buses were operating instead of more than 50% of the trains, and managers were being called in to run others.

This was the third week of action in the Intercity safety dispute.

There have been questions about what the DfT is doing now that it supposedly controls the rail network again. Although a meeting of franchise companies indicates that they expect to maintain the running of services.

The Scotrail dispute continues and safety issues link all the disputes and concerns on other networks. There is talk that disputes could see the whole railway engulfed in strike action and that the DfT would be forced to intervene. There is also widespread recognition that the RMT is being taken on because it is strong and that this is as much an attack on the union as it is on the members.

There have been safety incidents on both train routes due to lack of route knowledge by managers acting as train managers and senior conductors. Train doors were open on the wrong side of the train at one station (Intercity) and all doors opened at a short platform station at another (EMR). RMT are compiling a dossier of incidents for the Rail Safety Regulator.

Nottingham Socialist Party joined the picket line at Nottingham, on both Sundays, and the pickets once again welcomed our support.

There is further strike action every Sunday until the end of September on EMR and ongoing on Intercity.