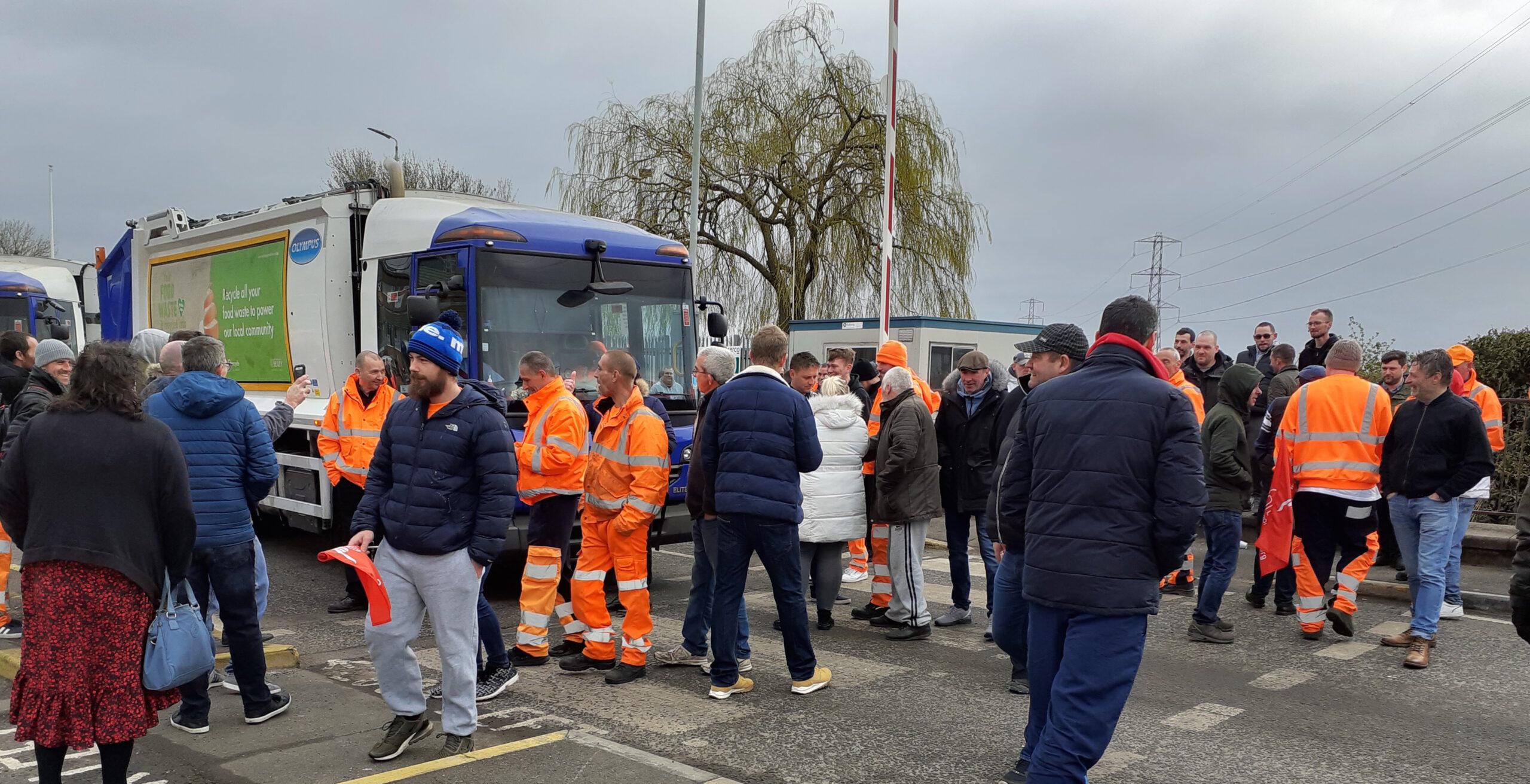 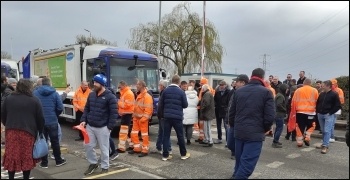 The Socialist Party welcomes the improvements to pay and conditions that striking Bexley bin workers in Unite have won after taking indefinite action for over six weeks. They started their dispute in the South London borough in the weeks before the first wave of the Covid pandemic early last year. That action was then suspended and the bin workers showed that they were key workers, putting their health at risk during the height of coronavirus.

But all this has been forgotten by their employer, the notorious Serco, and the Tory council, with the same issues remaining. A series of different outsourced companies over the years after the service was privatised has seen workers employed on different pay and hours. This has led to anomalies with newer workers being on up to £6,000 more than some of their more longstanding workmates who have service of over a decade.

The strike was vital as the Serco contract is coming to an end next month, to be replaced by Countrystyle. The workers’ union Unite reports that: “The agreement with Countrystyle Recycling will see the lowest-paid workers receive a pay rise of 11% with rates increasing to £11.50 an hour, above the real London Living Wage of £10.85, as well as pay rises for staff on other grades.

“Some drivers, previously on £22,000 a year because of Serco’s failure to pay workers according to stipulated pay scales, will see their wages increase to more than £30,000 when they transfer to Countrystyle. The deal with Countrystyle also sees staff receive an extra five days annual leave as well as 12 weeks of industrial injury sick pay that was denied them by Serco.”

This result was achieved by the determination of Unite and its members at Bexley, who had to face up to hardline policing at the start of the dispute. The workers welcomed Socialist Party members and National Shop Stewards Network (NSSN) supporters, who consistently went to the picket line to support their action, as well as the likes of Tony Davis Unite convenor of the bin workers in Thurrock, just across the Dartford Bridge. They had also won a victory over another Tory council earlier this year after also being out for six weeks, and their successful action was an inspiration to the Bexley workers.

This result will strengthen the union in the bin depot, and the workers are fully aware of how outsourcing will always be a stick to beat them. The Tory council tried to act as ‘neutral’ during the dispute, as if it was nothing to do with them. But the workers weren’t fooled and organised protests outside the council HQ.

While the outcome is welcome, the workers also support the need to stop privatisation and bring these services back in-house along with their jobs and terms and conditions.