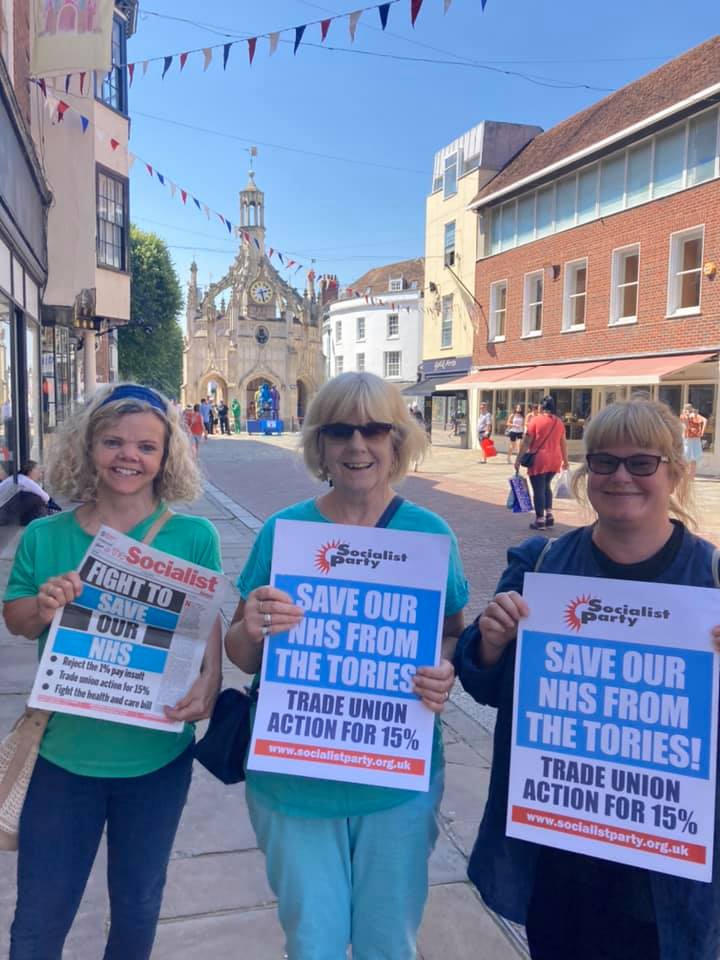 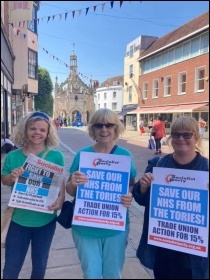 Building the Socialist Party in Chichester   (Click to enlarge: opens in new window)

A new Socialist Party group has started in Chichester, which is, as anyone who knows the city would understand, a challenge to say the least! However, although starting with just four women, real progress is being made, and there is a lot of interest.

The group has set up a stall in the city centre on a Tuesday afternoon on a regular basis, attracting interest from socialist-minded people, some returning more than once to chat with us.

The over-70 age group are perhaps a bit more set in their political views but have concerns about the future of the NHS and social care.

A lot of interest has come from Labour voters who are desperately worried about the Labour right-wing takeover of the party, and feel they need to stay true to their socialist values.

These people are searching for a new political party which can closely replicate the Jeremy Corbyn-era of Labour.

This is where we can pick up new members for the future, especially with furlough coming to an end and the country going into an even bigger slump. One man has already joined and will add further to the group.

Anybody interested in coming to chat or join us more permanently will be given a warm welcome. We are outside one of the closed shops near to the Cross in Chichester City Centre from 1-3pm on a Tuesday. At the current time we are campaigning for higher NHS wages and against privatisation, and on help for the people of Afghanistan. Future campaigns will be for social care and housing, reflecting very current social issues.