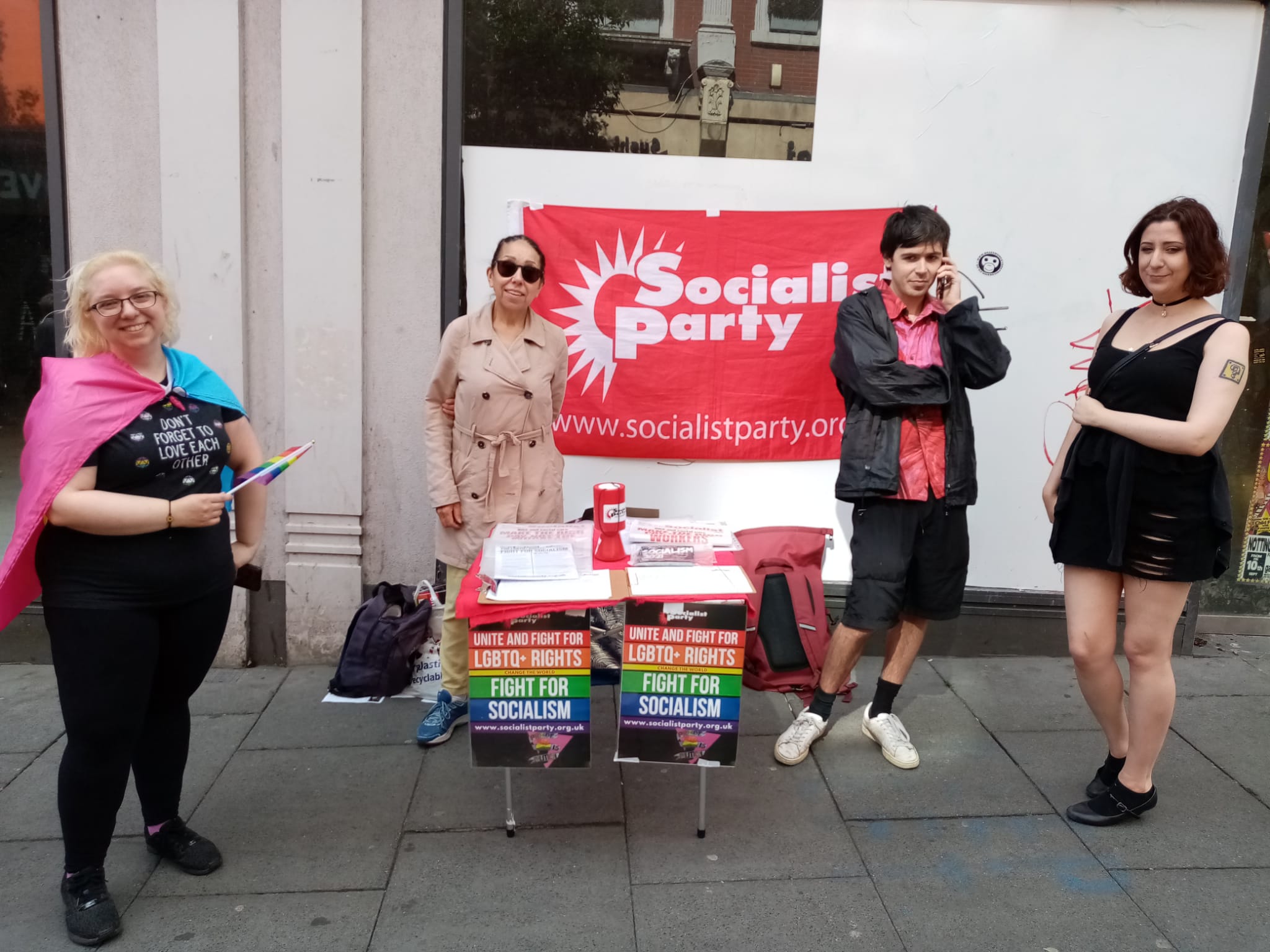 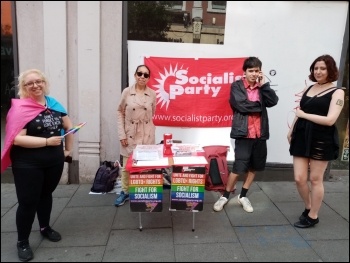 The event had been postponed and ‘pared down’. In effect, this meant much of the commercial element had been removed. Pride as protest as well as statement was reclaimed.

Nottingham Socialist Party was the only political organisation to have a dedicated Pride-focused intervention. Our leaflet was very popular and sought after, as was our LGBTQ+ workers’ charter.

There was agreement that the questions of jobs, pay, housing and services were integral to LGBTQ+ liberation as well as the issues of specific oppression faced by LGBTQ+ people.

Some young women said that they considered themselves to be socialists. Others asked us to explain what socialism is.

A number of people were interested in finding out more about the Socialist Party and coming to our meeting on how to achieve LGBTQ+ liberation.