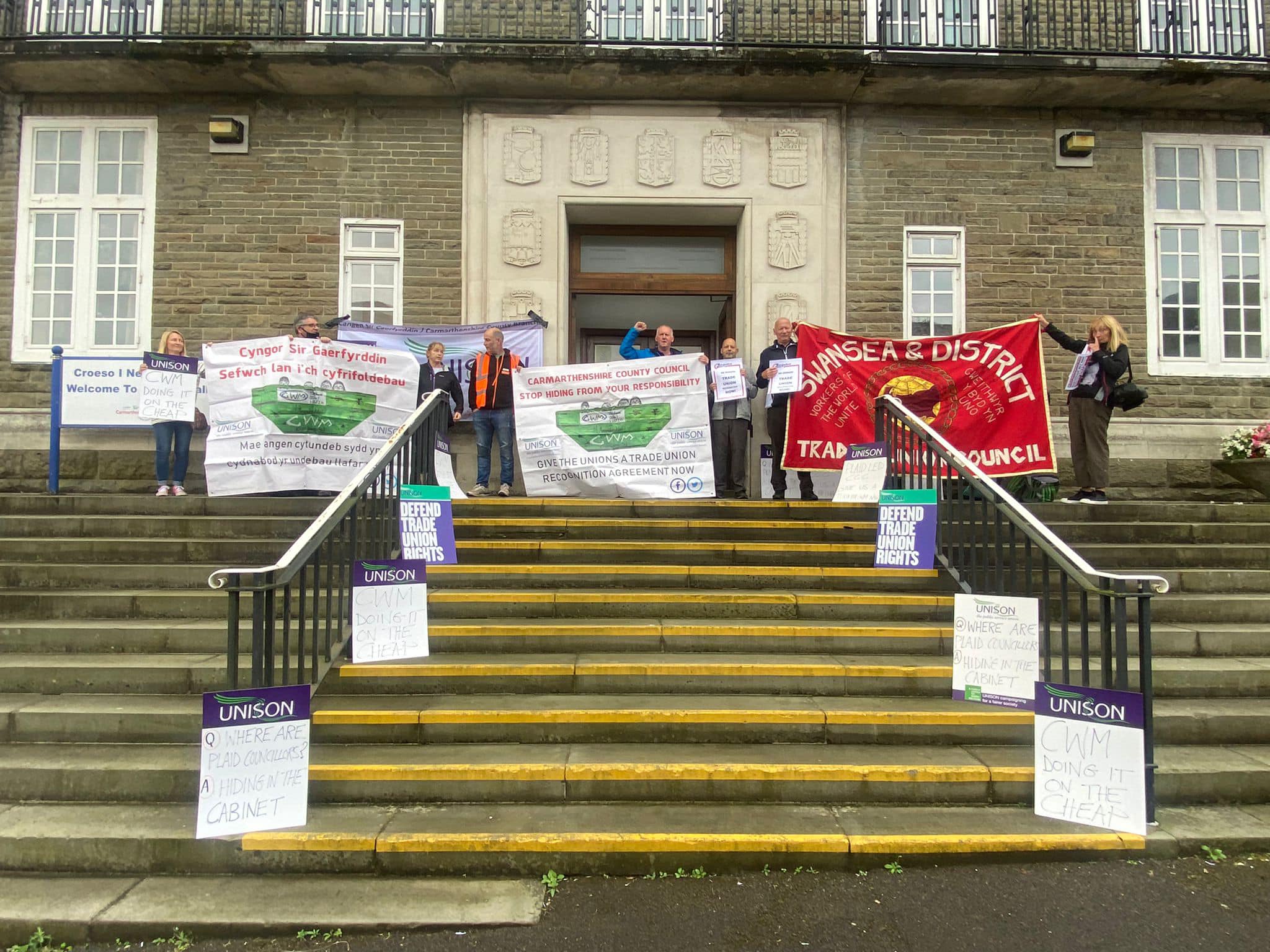 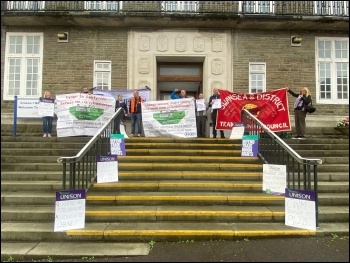 Carmarthenshire Unison at today’s protest at Carmarthen County Hall as part of campaign for council to give them a Trade Union Recognition Agreement for Cwm Environmental   (Click to enlarge: opens in new window)

To drive home its demand, Unison and GMB members, supported by Swansea Trades Council and the Socialist Party, protested outside County Hall on 9 September.

“During the protest we didn’t see one Plaid councillor. But that is no surprise because they clearly think they can hide behind senior management and put their heads in the sand, hoping the campaign fritters out and doesn’t have political ramifications for them and the council they lead.

We have news for them; the campaign will continue until we get a TURA, and if we have anything to do with it there will be political consequences if they maintain what in effect is an anti-trade union stance…

We are not going away until they sign on the dotted line. If you haven’t signed our online petition yet please do”.