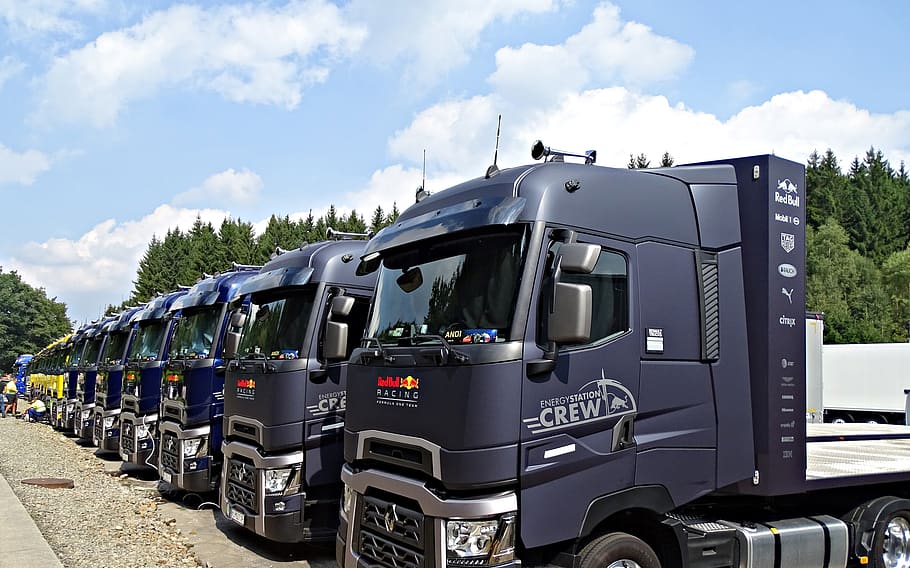 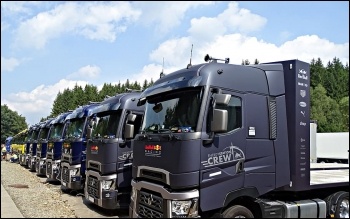 Low pay and long hours have forced workers from the industry   (Click to enlarge: opens in new window)

Low pay and poor working conditions have driven HGV drivers away from the industry. Now in a massive U-turn, the government is moving to grant temporary visas to EU drivers in the hope that vacancies will be filled. It may also use the army to carry out deliveries. In an admission of capitalist market failure, the government’s own competition rules have been suspended!

I have read in the papers recently that it costs £2,000 to get an HGV license. This is a lie. Most people don’t pass at the first attempt, and it costs £500 to take an exam. I passed at the third attempt, costing me a total of £3,500. I also chose to do ‘HIAB’ training to be able to operate a crane on the back of a lorry. Overall, I spent a total of £5,000 on my class 2 license. That doesn’t even qualify me to use a trailer, which needs another expensive exam.

The exam is strict, which is fair enough because of the risks and responsibilities of being a driver; where a driver’s actions could kill people in an instant. But there are no grounds for appeal. They can fail drivers for not driving confidently enough. It’s a big money machine for the driving schools.

I first worked for an agency, but found out very quickly from other drivers that you lose massive amounts of money in agency fees. A typical hourly wage is £12 an hour, but the agency charges the company between £20-25 an hour – they make huge profits stealing drivers’ wages.

It’s not just the pay that is bad, but the huge amount of stress, responsibility and liability that’s put on drivers. You can lose your job for minor incidents, or be made to pay for damage: damaging a wing-mirror on a country road, for example.

Bosses also apply time pressure on drivers. If you’re not quick enough, don’t take the most direct route, or can’t find the location, it just adds to the pressure. Being a driver needs concentration for every single second of the working day, it is absolutely exhausting.

The driving hours regulations are an absolute piss-take, lots of companies know ways around them. I have heard stories of companies that only pay drivers for deliveries made, because they don’t want to pay for waiting time. They ask drivers to turn off their ‘tacho’ device, which records everything the driver does, including the rest times while drivers are waiting. But this is still work, the driver is still in the lorry! This can mean that drivers can do over 70 hours a week, but the maximum by law is 45 hours a week.

The huge crisis that is now unfolding is because bosses and the government have neglected lorry drivers and the industry for decades. There are problems with every aspect of the industry. In my experience, lorry drivers are relatively unorganised and not in trade unions. Many workers are sceptical of the unions and their ability to be able to organise and improve things. One of the challenges is that workers are often isolated – working for agencies or self-employed. I think the unions have to step up, and find a way to meet the drivers. They need to go to places where the drivers are – services stations and distribution centres.

Drivers’ pay has to increase, and the industry should be made to pay for driver recruitment and training. There needs to be a major investment in training centres, and major improvements in hygiene facilities and overnight stations. These facilities need to be free and publicly owned to give drivers safe, decent places to rest. It should be the industry bosses, who have been making huge profits, that should be made to pay for it.