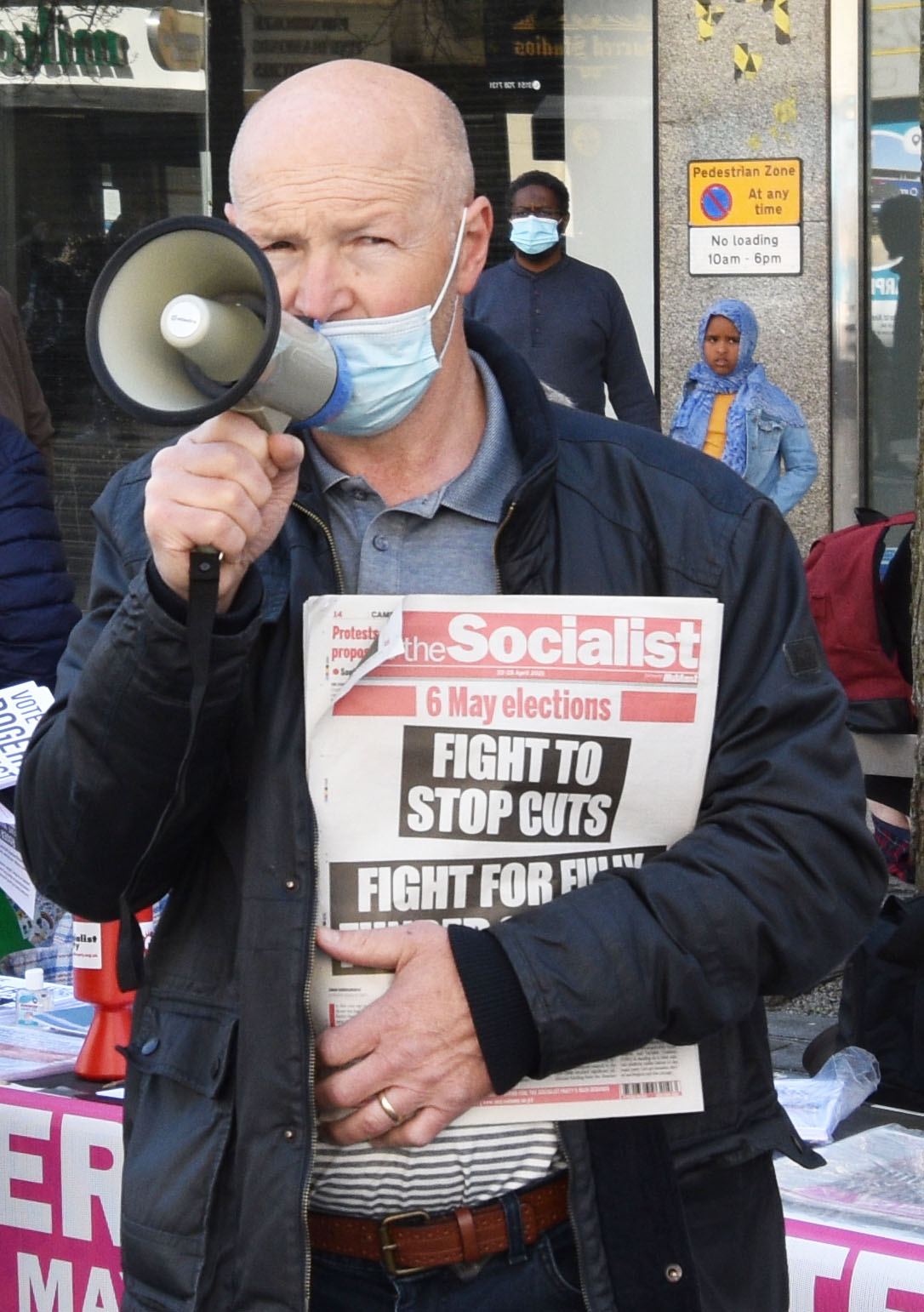 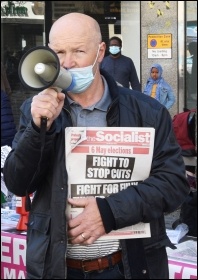 TUSC nationally is promoting the idea of local conferences to draw up no-cuts People’s Budgets as part of its campaign against the post-Covid austerity that looms.

Below are extracts from TUSC’s campaign material. It can be read in full at tusc.org.uk

Councils in England are responsible for over one-fifth of all public spending, with responsibilities for housing, adult social care, education support, transport, recycling and waste collection, libraries and many other services. The 120 or so Labour-led councils have a combined spending power greater than the individual state budgets of 16 European countries. That’s a powerful starting point from which to organise a fightback against relentless Tory austerity.

Covid has revealed both the drastic situation our local public services are in – with councils massively underfunded by central government – but also some of the many things local authorities have the power to do to improve our lives.

In the first lockdown, for example, councils acted against homelessness in their local areas through the ‘Everybody In’ scheme.

Most current councillors, however, including unfortunately the majority of Labour’s 7,000 or so local representatives, would say they cannot use their legal authority to act without first getting funding from the government.

But that’s the wrong way round. TUSC argues that councils should first spend what’s needed – and then demand the money back from the government.

Early in 2021 the TUSC steering committee published a report examining the policy pledges made in Labour’s 2019 general election manifesto under Jeremy Corbyn’s leadership, which councils have the legal powers to implement today if they had the political will to do so.

The report identifies 46 separate policies which councils could carry out immediately that would transform peoples’ lives. Even just a selection of these policies could form the basis of a People’s Budget to present to a local council.

But inviting local trade union branches, campaign groups, community organisations, student groups and others to contribute would undoubtedly come up with more ideas – and lay the basis for a campaign for the local council to implement them now, using their reserves and borrowing powers to temporarily finance them while launching a mass campaign locally and nationally for permanent funding from central government.

The myth that it is ‘illegal to resist’

Instead their ‘defence’ is to say that there is no alternative, that introducing no-cuts budgets is ‘illegal’. They even got a rule change agreed at Labour’s 2016 conference that a backbench councillor supporting “any proposal to set an illegal budget” could “face disciplinary action”.

To maintain some control by central government of council finances, local authorities are legally required to set a ‘balanced budget’ each year before they can issue council tax bills, set service charges, etc. If a council meeting was to deliberately approve an ‘unbalanced budget’, the council chief finance officer would serve a Section 114 notice to block council departments from non-statutory expenditure and prevent the issuing of council tax bills.

That is why TUSC does not advocate presenting deliberately ‘unbalanced budgets’ to council budget-making meetings or using the meetings to not set a budget at all, which would precipitate an immediate legal conflict.

But presenting a no-cuts budget that is formally ‘balanced’ by the use of prudential borrowing powers and reserves, to buy time to build a mass campaign for government funding while still maintaining the functioning of the council, is a different matter. This is the strategy that has been pioneered by TUSC.

Local TUSC groups should look to meet and lay out plans to host a People’s Budget conference before the end of 2021, to draw together the local set of demands and campaign issues to take to the council ahead of their 2022-23 budget-setting meeting, which will take place in January or February 2022.

After deciding on a date for the People’s Budget conference, a plan of action should be discussed and drawn up to build for it, by contacting trade union branches, campaign groups, community groups, residents associations and so on to take part – co-hosting if they wish – but certainly inviting them to contribute with their ideas and proposals for what is needed in the local area.

Drawing up a local People’s Budget can sound daunting – but it doesn’t have to be. Getting across the idea that council budgets should start from what local communities need – not what central government austerity policies demand – can begin with just one local campaign.

People’s Budget campaigns can play an important role everywhere in organising a local fightback to the efforts the pro-capitalist politicians will make to pass the costs of the Covid pandemic onto the shoulders of working-class people. But in areas with local council elections next year, they could be central in laying the foundations to pull together the broadest possible anti-austerity electoral challenge – a powerful means of building the pressure on austerity establishment politicians.

From 1983 to 1987 Liverpool City Council was led by supporters of Militant – predecessor to the Socialist Party. When faced with cuts from central government, they refused to pass them on. Instead, with the slogan “better to break the law than break the poor”, they made huge advances for working-class people in Liverpool, defeating Tory prime minister Margaret Thatcher and winning £60 million for the city.

While other councils were implementing cuts, Liverpool council built 5,000 houses and flats – gardens back and front in many cases. It cancelled all cuts and redundancies planned by the outgoing council, built six new nursery schools and five new sports centres, three new parks, and rents were frozen for five years. 2,000 additional jobs were provided for in the Liverpool City Council budget.