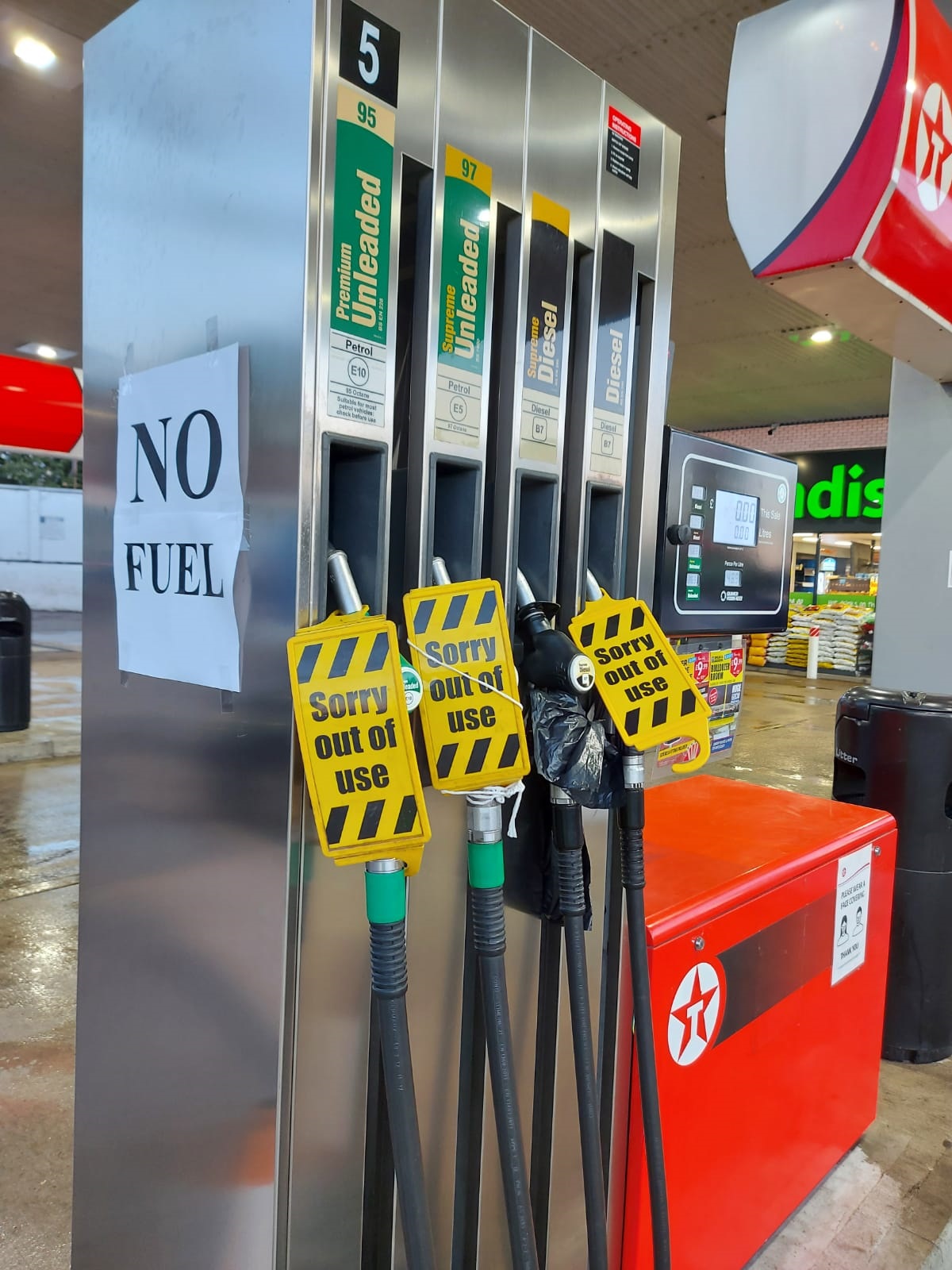 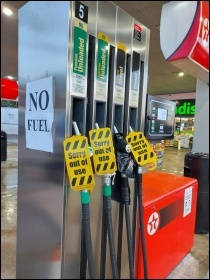 Low pay in the haulage industry has led to a lack of drivers and shortages of fuel   (Click to enlarge: opens in new window)

Queues at petrol stations causing traffic chaos, fuel bills rising with energy firms going bust and the risk of empty supermarket shelves for Christmas – all symptoms of a system that is sick.

A £20-a-week cut to Universal Credit, the end of furlough and a hike in national insurance – all ways in which the government is making ordinary people pay. The reality of what ‘levelling up’ actually means appears to be rising prices and increasing child poverty.

Inflation, a measure of the cost of living, is heading towards 4% – that means higher rents and bigger bills. But the wage slip isn’t getting ‘levelled up’. Workers in the NHS have been offered 3%, council workers 1.75% and many others a pay freeze. Living standards are being driven down.

The avalanche of bosses’ attacks needs to be met with determined resistance from workers organised in the trade unions. Already, NHS workers have voted overwhelmingly to reject the government’s real-terms pay cut. Now it is the responsibility of the leaders of these unions to coordinate and build for strike ballots. With the role NHS workers have played throughout the pandemic, working with inadequate PPE, this would get huge public support.

The solution starts with a drivers’ pay rise. Lasting improvements need national trade union-agreed pay and conditions, including for EU workers. But the bosses won’t want to give up their profits without a fight. Left unchallenged, short-term pay rises will come under attack, and bosses will seek to maintain their profits by increasing prices. 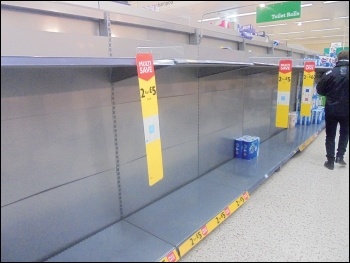 The haulage industry – publicly owned and democratically planned, would have the long-term stability and security of supply as a motivator, not the ruthless drive for profit.

The pandemic catastrophe, and now the fuel and energy chaos, show that a capitalist market system based on profit, is riddled with crisis. And when a crisis hits, the working class is made to pay. What is needed is a system based on the democratic public ownership, and rational planning, of all society’s resources – socialism.

See also: Driver shortages – a view from the inside