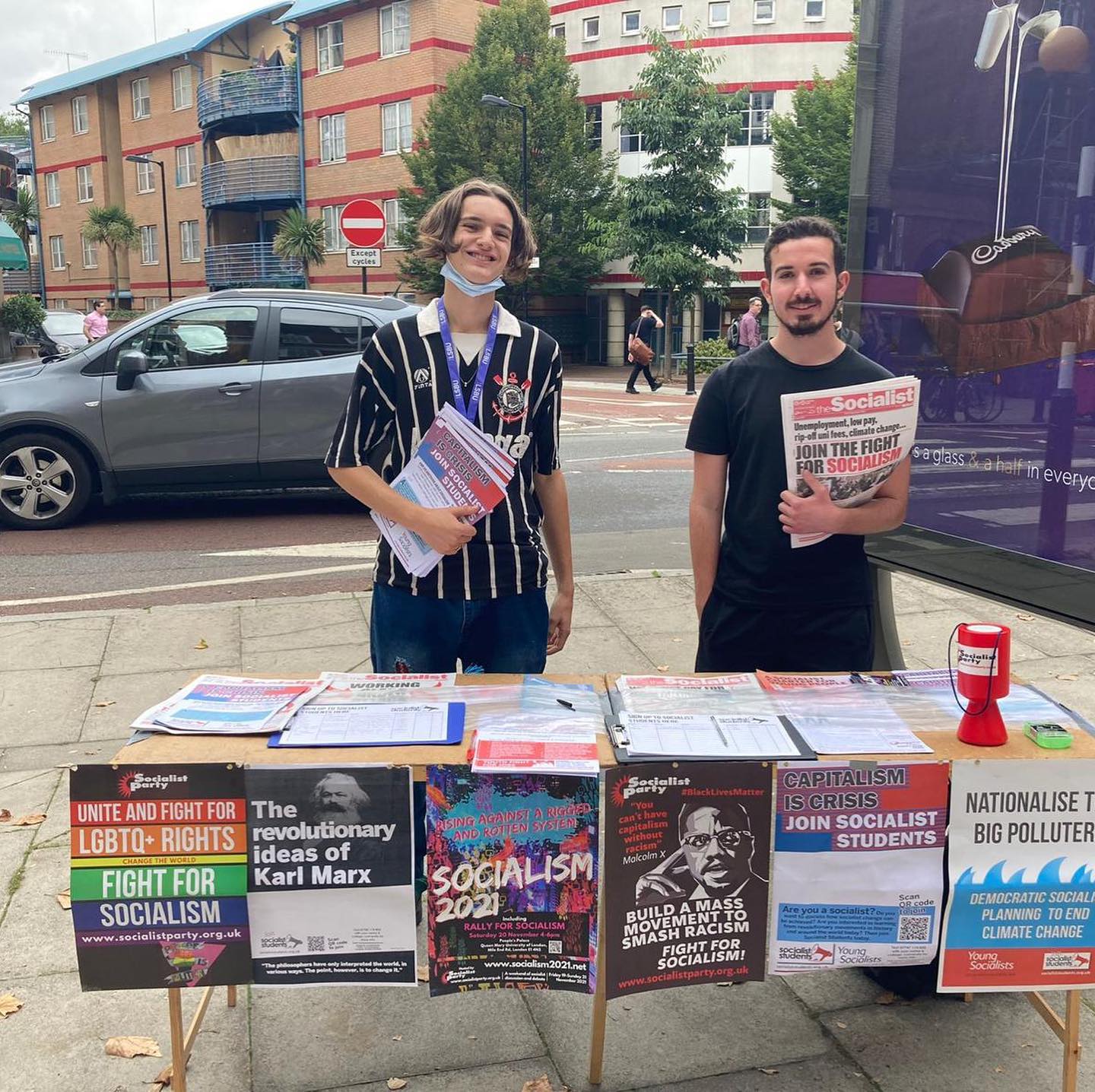 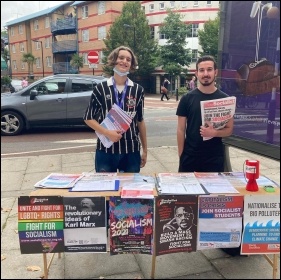 Socialist Students ran campaign stalls for three days during freshers. Given the recent report that young people are more interested than ever in a socialist system, it is unsurprising that we had a lot of people stop at our stall to ask questions.

Many agreed that socialist ideas offer a real alternative and viable future for young people. Across the four university campuses, as well as sixth form and FE colleges in Leeds, we had over 100 people leave their details and sign up to our mailing list.

Our first meeting, ‘What is Socialism?,’ was held at a local pub with 25 attendees. The discussion was rigorous and engaging, with questions ranging from the issue of identity politics to Marxist economics.

We planned activity for the following week, to get out and be active on the youth strike for climate, and promoted the upcoming Yorkshire Youth March for Jobs on 9 October in Leeds. We’ll meet weekly during term, with upcoming meetings on climate, sexual assault, and racism.

We held campaign stalls outside the University of Birmingham, leafleting and talking to students and lecturers about a range of issues, including education, the environment and workers’ rights under capitalism.

62 people signed up for more information, and 20 joined the first Socialist Students meeting. There we had a lively discussion, and tackled questions about socialism, Marxism and the practicalities of democratic ownership of the means of production. We are looking forward to future meetings and activities with these new members.

The queue for the freshers fair at King’s College in London was 45 minutes long at its peak, plenty of time for those waiting to talk to Socialist Students.

Making our way along the queue, students snatched the clipboards as we made calls to scrap tuition fees and fight for free education – paid for by the super-rich. Many were enthused to see campaigning socialists and signed up – over 100 in total.

The other character walking the line was a man dressed up as a £100 note shouting: “Make money not babies”. He was advertising a recruitment app that matches students with temporary low-paid work.

We invited the students we met to the Youth March for Jobs on 9 October, campaigning to organise working students in the trade unions. We will also be supporting staff in the University and College Union (UCU) who are balloting for strike action this term to defend pay and pensions.

Students were crossing the square to sign up to Socialist Students. Students had been on protests around issues like Black Lives Matter, Kill the Bill, Palestine, climate and more. They agreed with our posters that ‘capitalism is crisis’, and wanted to take the next step to join the socialists.

Eleven new students came to our post-freshers meeting. After a wide-ranging and fruitful discussion, we agreed to organise to show solidarity with the UCU strike against job losses in the life sciences department.

An injury to one is an injury to all. The strike has already saved the jobs of 47 workers, but there are two people still facing compulsory redundancy. We want to fight against the divide-and-rule tactics of the bosses, fight for free, high-quality education, and to make the bosses pay for it.

There is a mood for change among young people, and Brighton is no different. Rising rents, bloated university fees, and dismal job prospects are inspiring anger at the unjust system of capitalism.

At the University of Sussex freshers, options for socialism were limited. This is where we come in.

Unfortunately, due to the Covid pandemic, we had not been able to get a Socialist Students society started, but the tide is changing. With the campus opening up, there has been significant interest in Socialist Students, with our first public meeting due on 29 September.

This was the first time we had a presence at Falmouth University. One student, who works part-time in a bar, even came back to the Socialist Students campaign stall to ask for more leaflets to put up at work.

We had five lecturers stop to buy a copy of the Socialist and show support. They commented that it was a breath of fresh air to see socialists organise at the university.

Students were keen to hear about our call for an end to tuition fees and for a £15-an-hour minimum wage. Many were keen to get behind a campaign to tackle the atrocious housing conditions they are subjected to.

One student asked us if we covered workplace issues. They had worked for two months at a fast food chain, and hadn’t been paid. They were relieved to come across our members who are trade union activists.

Socialist Students set up by Exeter College, also catching university students heading towards campus. We even had a couple of £5 donations, no small sacrifice for A-level students.