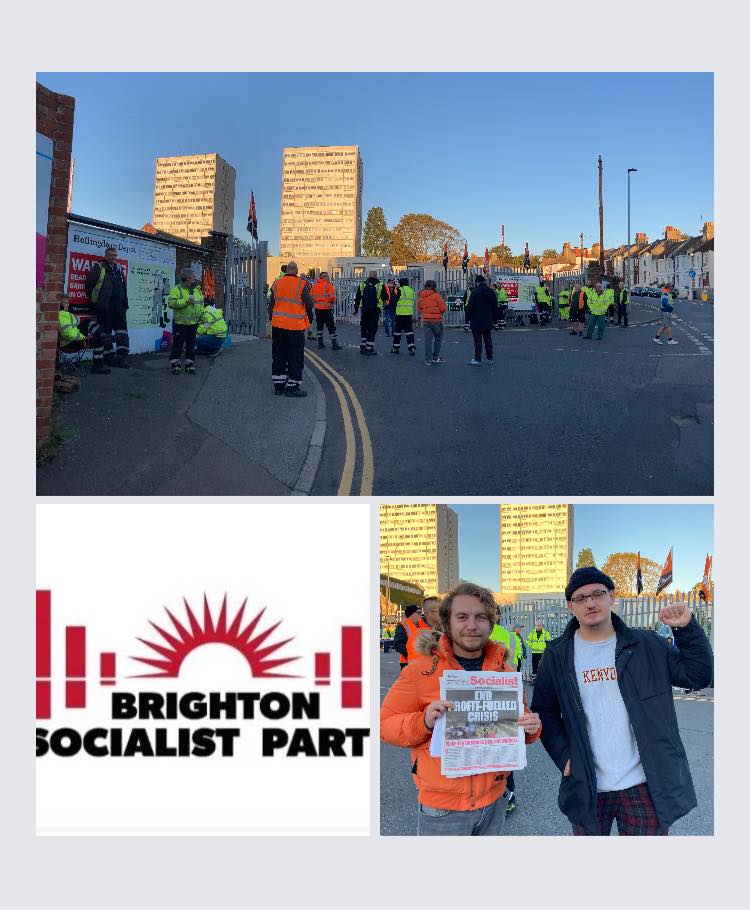 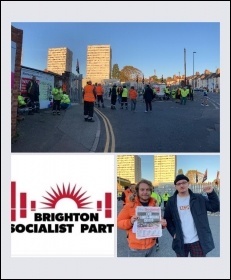 The Socialist Party joined the GMB union and Brighton’s Cityclean, recycling, commercial waste and HGV drivers and workers on their picket line on 5 October as they fight for better pay and working conditions.

Once again the Green Party council is trying to make the lives of the working class in Brighton harder. The council has told local media it had offered a deal but this was news to the union and workers. Strikers on the picket didn’t hold much hope for this ‘deal’ and saw it as a time wasting tactic.

Head of the council Geoff Raw isn’t worried about rubbish piling up on his street though, because he had a truck come to his area for an extra pickup the day before the strike began. This comes weeks after a PR campaign by the Greens promising electric trucks being added to the fleet. The strikers told me that in reality the electric truck used in the photos was on loan and only stayed for the day. They have since had one electric vehicle work a route but it had to be recovered after breaking down on Wilson Avenue.

We welcome the introduction of clean vehicles, but we also support the fair treatment of workers. The Greens need to stop governing our city via publicity stunts and listen to the people of the city.