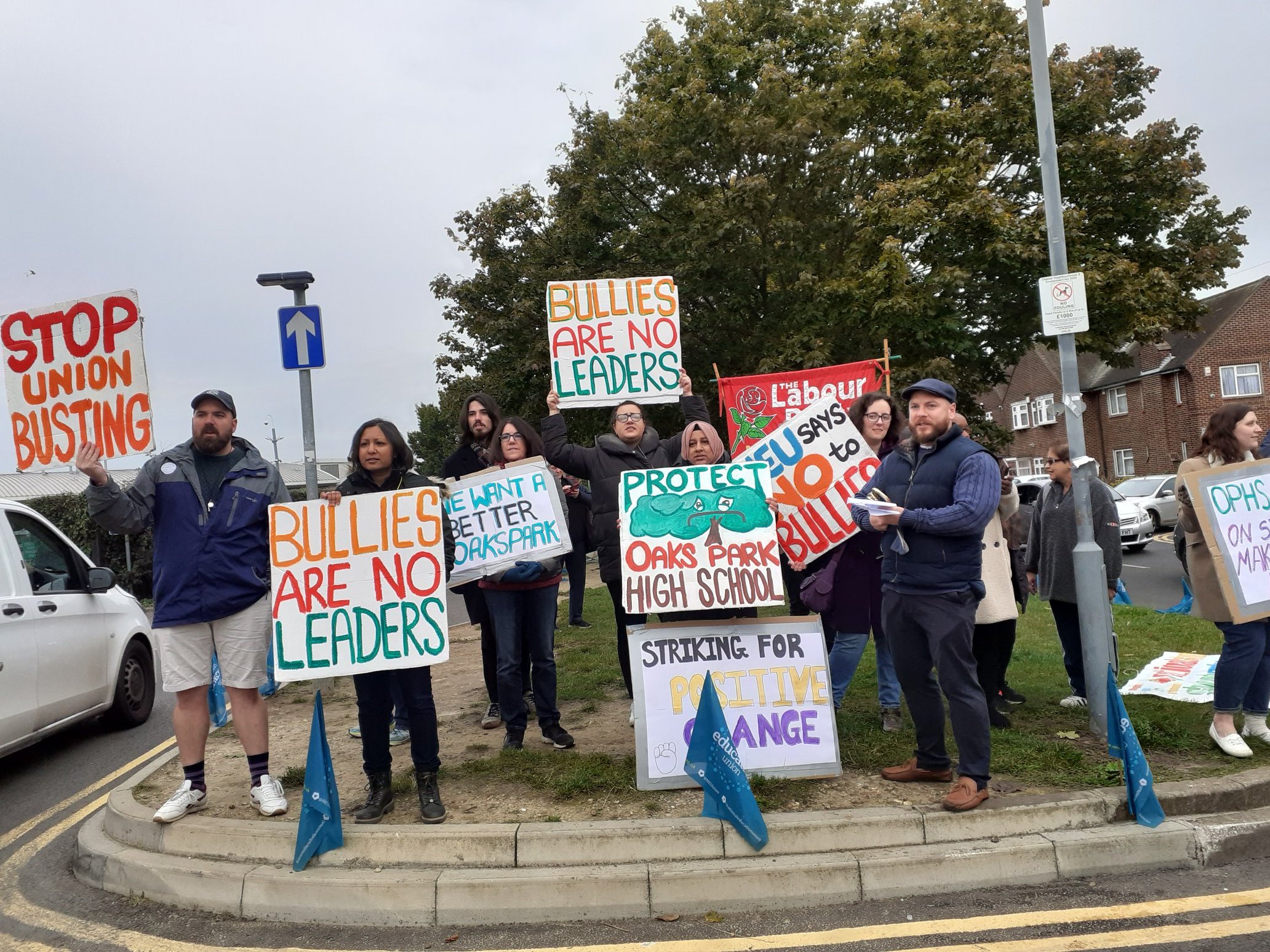 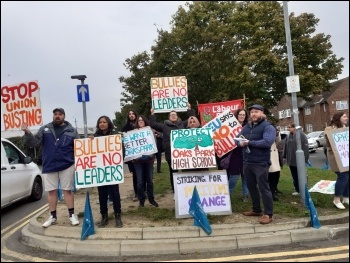 Pickets voted on extending action on the morning of 12 October, day 18 of the strike. The result: unanimous, to seek authorisation from the National Education Union (NEU) for a further nine days.

This escalation followed the employer’s last-minute withdrawal from talks with no clear explanation. A potential settlement to the dispute had been in sight.

The strike’s first victory was last term. It secured jobs for two workers victimised for protecting health and safety during the second wave. They had used ‘Section 44’ rights to stay away from the Covid-unsafe school, instead working from home.

The second issue, still at stake, is victimisation of NEU rep Keiran Mahon. Keiran also invoked Section 44. He was a local leader in the national movement to keep schools safe. A resolution appeared possible here until bosses shut down talks again.

The final issue, underlying health-and-safety victimisations, is a culture of bullying. The strike has forced a truculent Labour council to appoint an ‘independent’ investigator here – but he needs agreement on terms from both the union and the bullying head.

Meanwhile, the Employment Agency Standards Inspectorate is investigating Remedy Recruitment to see if it has committed a criminal act in supplying labour during an official strike. The NEU accuses Oaks Park school management of aiding and abetting this. Any teacher accused of such would immediately be suspended pending investigation.

The council told the union the school was appointing an independent investigator on this issue. Incredibly, however, the school has appointed one of its own governors!

School and council bosses will have been hoping for the strike to ‘go away’ by half term. A further nine days will take the action beyond the break. It’s still going strong, with another worker joining for the first time on 12 October. Strikers plan another demonstration on 16 October.

Redbridge’s ‘Labour’ council is still, in effect, colluding with a bullying and strike-breaking school management. This ongoing scandal shows the need for independent trade union and community candidates in the May 2022 elections.