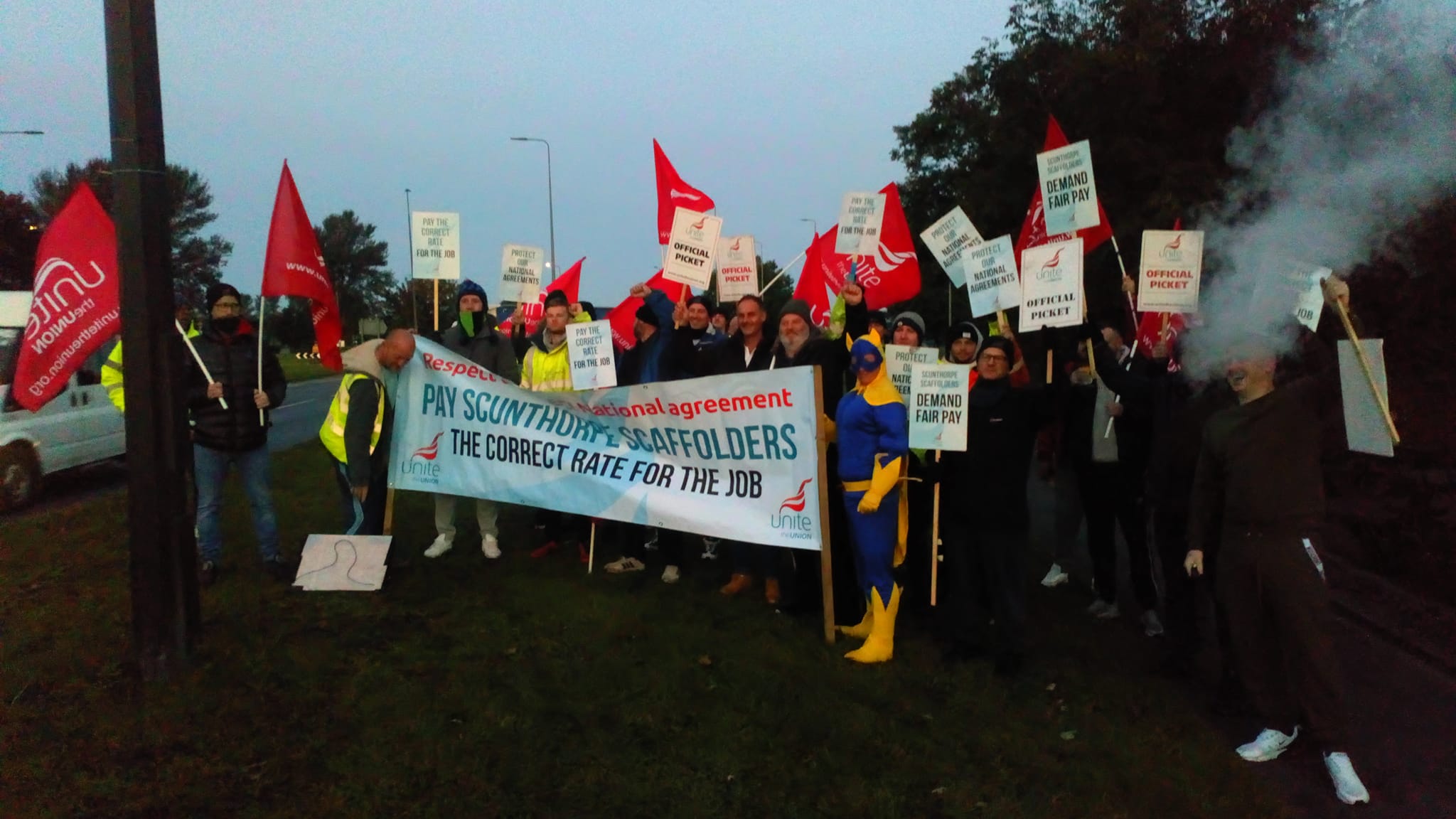 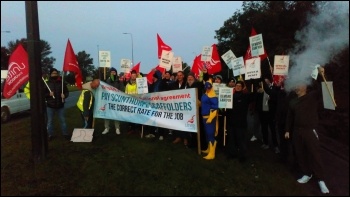 The second week of the all-out strike by Unite the Union, involving around 60 scaffolders, got off to a flying start. An early morning march around the British Steel Scunthorpe site on 11 October went from one main gate and picket line to another, to the admin offices and into the town centre.

The scaffs have been in dispute since 2019, fighting to get the national industry (NAECI) rate for the job, which would mean a 10-15% pay rise. They took significant strike action earlier this year under previous contractor Brand, and now are striking against their new contractor Actavo, and behind them the Jingye Group, the Chinese multinational owners of British Steel since March 2020.

So far the bosses haven’t shifted because they know that hundreds of other trades and contractors on site are paid less than the Blue Book rates, and a victory for the scaffs would breach the dam to a flood of claims.

But the strikers are determined and confident, as many of the health and safety ‘tags’ on their scaffolding are starting to expire, and most other firms’ scaffs are not crossing the picket lines or won’t do Actavo work.

The march has emboldened the strikers, who had already extended their picketing hours and will now organise further protests to win their dispute.