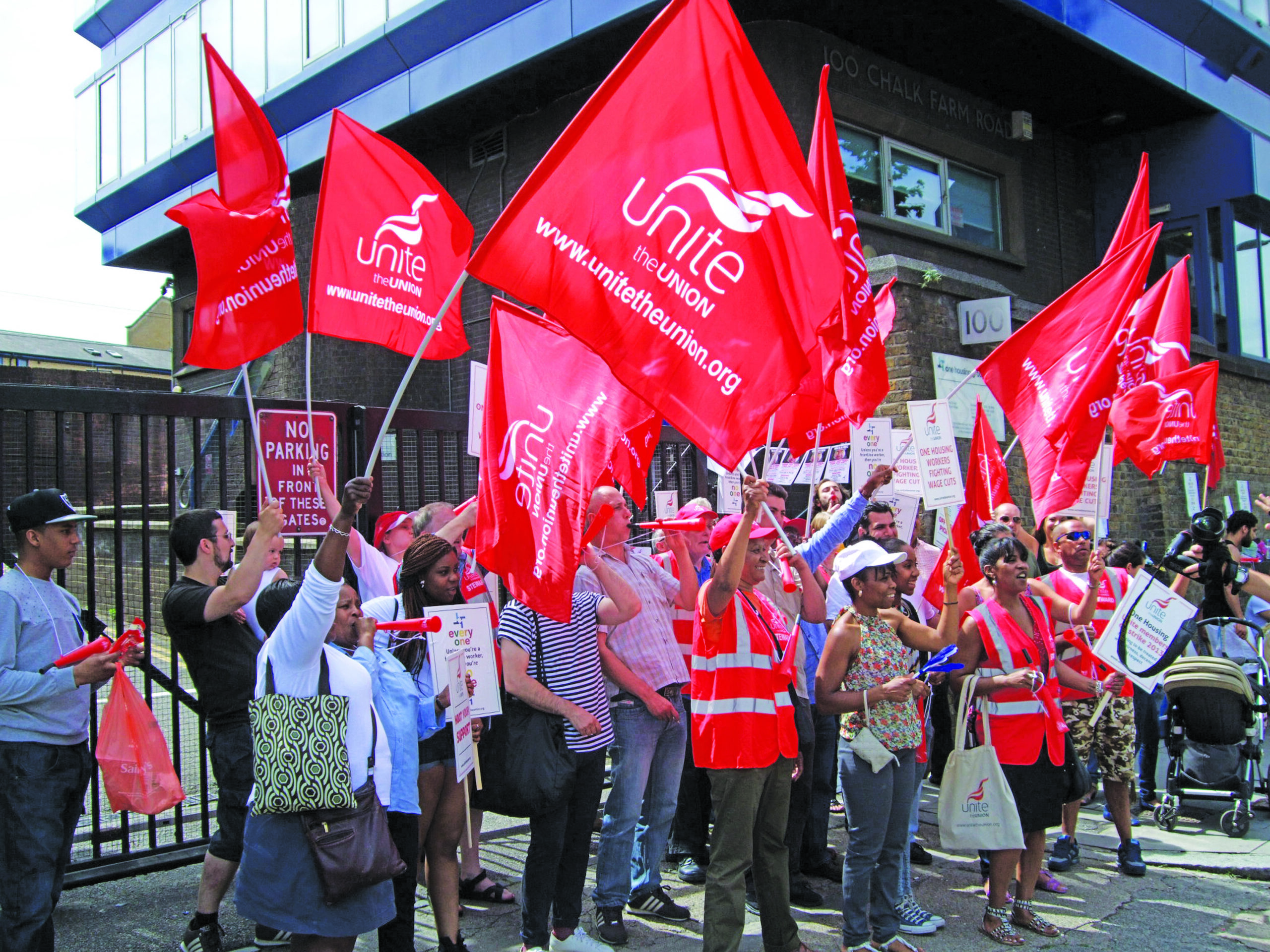 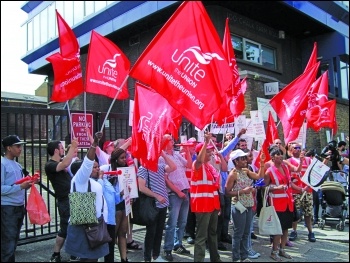 Workers on strike at One Housing in 2013. Photo: Helen Pattison   (Click to enlarge: opens in new window)

Councils in England have warned that the cost of homelessness services will increase by 27.2% in the next three years. The Conservative-led Local Government Association (LGA) says there are “extra cost pressures of almost £8 billion”.

The LGA statement is aimed at extracting more money from the government in the upcoming spending review. They calculate that without an increase from central government, council tax would need to rise by a quarter simply to cover increased costs. They warn that vital services, such as care for older and disabled people, child protection, homelessness prevention, waste and recycling, and road maintenance are threatened.

But speeches at the Tory conference confirm that the government has an avalanche of post-Covid austerity in the pipeline. We need to prepare to defend homelessness services. We urgently need to fight for the funding needed and a pay rise for local government workers, and those who work in local government-funded services.

Homelessness services are hugely overstretched now, before the full impact of ending the eviction ban, ending furlough, and cutting Universal Credit is felt. Local government workers and staff in local government-funded services have faced a downward pressure on pay and conditions.

Workers across the homelessness sector are coming together to fight for change. We are committed to building a fightback in the workplace with the possibility of industrial action. But we also demand that councillors must take a stand and fight austerity.

As Unite general secretary Sharon Graham wrote on LocalGov.co.uk in June, prior to her election: “It is not enough for councillors to shrug their shoulders and pass the buck… It is perfectly possible for them to use their reserves and borrowing powers to plug gaps, while at the same time campaigning for adequate central government funding to safeguard council services.”

Sharon has committed to asking the Unite executive council “to support candidates who oppose cuts to Unite members’ jobs and services, and councils and councillors who fight against them”. Where existing Labour councillors have a record of attacking members’ jobs and pay, Unite should be prepared to support anti-austerity candidates independently of Labour, to fight for workers’ interests.

A local council prepared to set a budget to meet the needs of workers could: