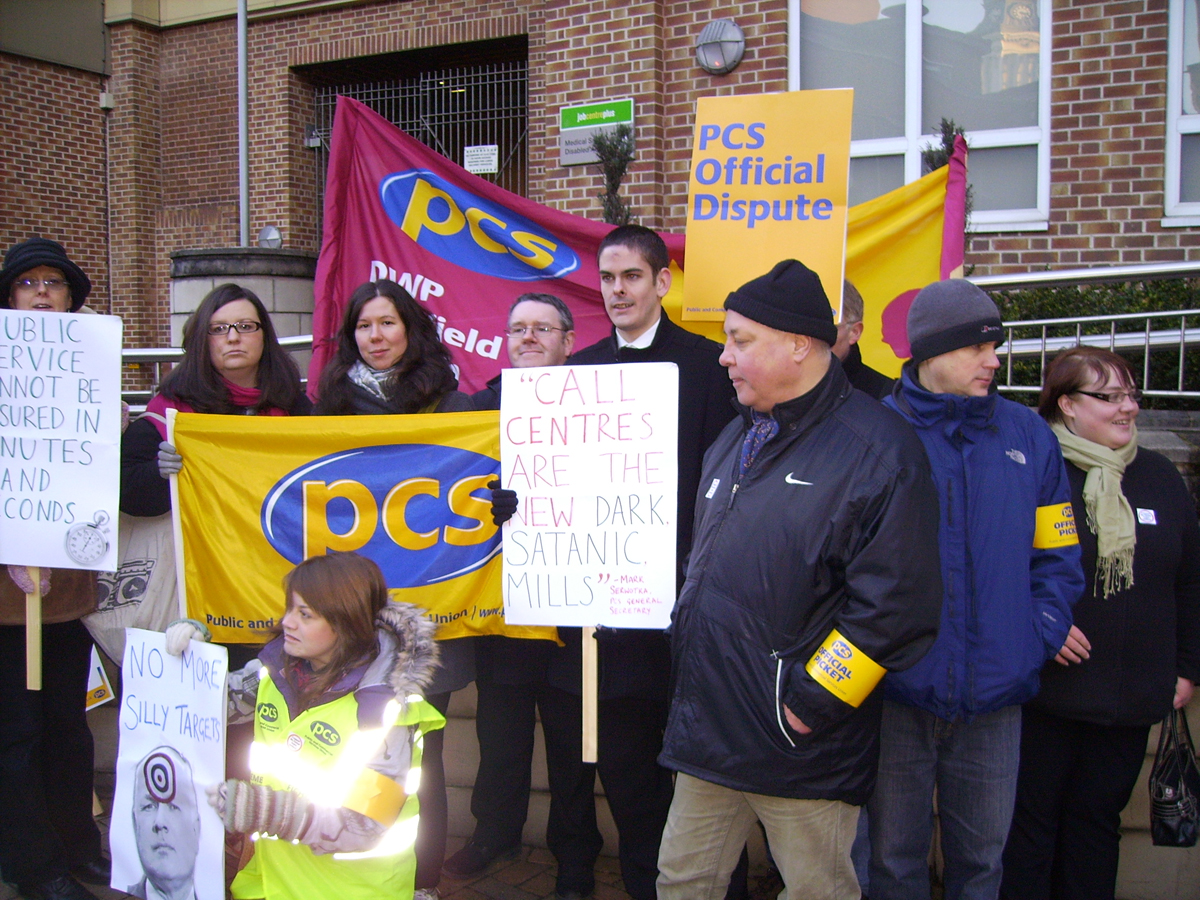 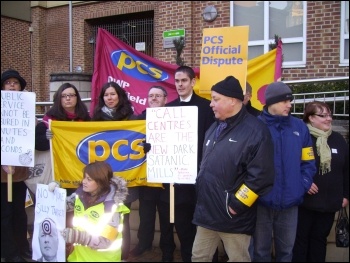 Department for Work and Pensions (DWP) civil servants in the PCS union in Sheffield taking strike action to provide a decent service to claimants   (Click to enlarge: opens in new window)

During the pandemic, the Department for Work and Pensions (DWP) was forced to launch emergency recruitment of more than 13,000 additional staff. This ensured that roughly 23 million people were paid their benefits during the unprecedented spike in claims in 2020.

The DWP was caught unprepared for the crisis due to its long-term programme of slashing 30,000 jobs and closing offices. The emergency recruitment saw the government rely on employment agencies to secure sufficient staffing – filling private coffers instead of spending this money on public needs.

Even such significant recruitment, however, has fallen short of what is needed, especially in Jobcentres assisting the unemployed. Thousands of staff working there are on temporary contracts and tens of thousands are forced to see up to 20 claimants per day, drastically reducing the amount of help they can give to those who actually need it.

Our union, PCS, has historically campaigned for 20,000 permanent jobs. However, in the last three years this campaign, under ‘Left Unity’ leadership, has largely been in name only.

Negotiators put pressure on management – which we agree with. But they fail to mobilise union members. PCS Broad Left Network members believe this is vital to give real force to the campaign, including preparation for industrial action against a management which would rather throw temporary staff – many of whom have had thousands of pounds spent on pre-employment checks and training – back into unemployment.

All staff in all areas of DWP have a common need: extra staff to relieve continuing pressure, and permanent jobs for the temporary staff who are so vital to our work right now.

This fight for sufficient staff to ensure support for those claiming benefits must be linked to the fight for benefits to be more than a poverty trap. The savage £20-a-week cut to Universal Credit will plunge millions of workers and the unemployed into further hardship.

We want the £20 reinstated. But we want much more. We want fair pay with a minimum of £15 per hour. We want decent permanent jobs. We want a fair deal for all workers – those in work and those not. We want safe working. We want a union leadership that will campaign and fight on these issues.