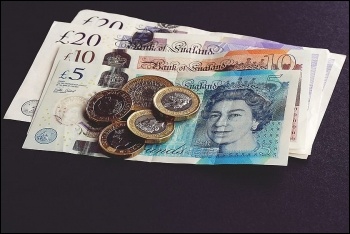 With reports of energy prices set for a dramatic increase and rents and living costs already soaring, workers need a pay rise now, not in six months. The measly increase of 59p will do little to alleviate the impending crisis.

Neither the government nor the opposition are willing to call for youth rates to be scrapped, and so young workers are pushed further into a never-ending cycle of poverty.

We need a pay rise now, an end to youth rates, and a minimum wage of £15 an hour. We need young workers to get organised in the trade unions for fight for it. This is what Youth Fight for Jobs campaigns for.

Socialist Party member, Maurice Cooper was interviewed on BBC Radio Humberside representing Youth Fight for Jobs, in response to the increase in the national living wage. He said:

"As of May 2021, we had just under 2.3 million workers receiving Universal Credit, and that's not just minimum wage workers, that's workers in general. If you are in work, and you have to be on Universal Credit, which is already being cut, then you are clearly not being paid enough!.. The increase is only for 23-year-olds and above. I'm 17, my minimum wage is £4.62 an hour... This is being changed to £4.81 which is still absolutely absurd. In the Youth Fight for Jobs campaign we believe that young workers should not be discriminated against in pay."

"We are being paid less because big corporations want cheap labour... They know that we are contributing enough, but they are willing to pay us less in order to maximise their profits."