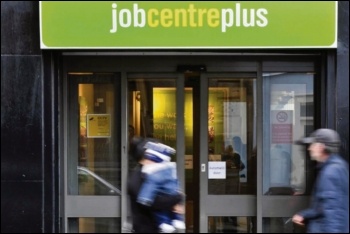 In a partial U-turn in the recent budget, the government announced changes to 'plug the gap'. The 'taper rate' has been decreased from 63p to 55p. In short, this means working households on Universal Credit will gain an extra 8p for every £1 earned. The change effects approximately 1.9 million households, so around half of those on Universal Credit. The other half get nothing but rising bills and prices.

The Tory budget did nothing to address the crisis of unaffordable childcare facing families. Working parents typically pay more than half of their wages towards nursery fees. The average cost of 50 hours of childcare in a nursery for a child under two is £13,700 a year.

Universal Credit only covers 85% of childcare, and this is paid in arrears. For many parents, especially those on a low income or Universal Credit, going to work means having less money. Often the responsibility to stay at home falls on women.

The Tories continue to grapple with the problem of worker shortages in the economy. This is no doubt made worse by parents not being able to afford to work.

To encourage working families with children to increase hours or go back to work, we need a fundamental change to the childcare system. Currently, large parts of preschool education are in the private sector, run for profit. These providers must be taken into public ownership and childcare fully funded for those who need it.

We need to demand employers pay a wage that families can live off. That means getting organised in trade unions to fight for a pay rise, and to demand free childcare for all and a minimum wage of £15 an hour.