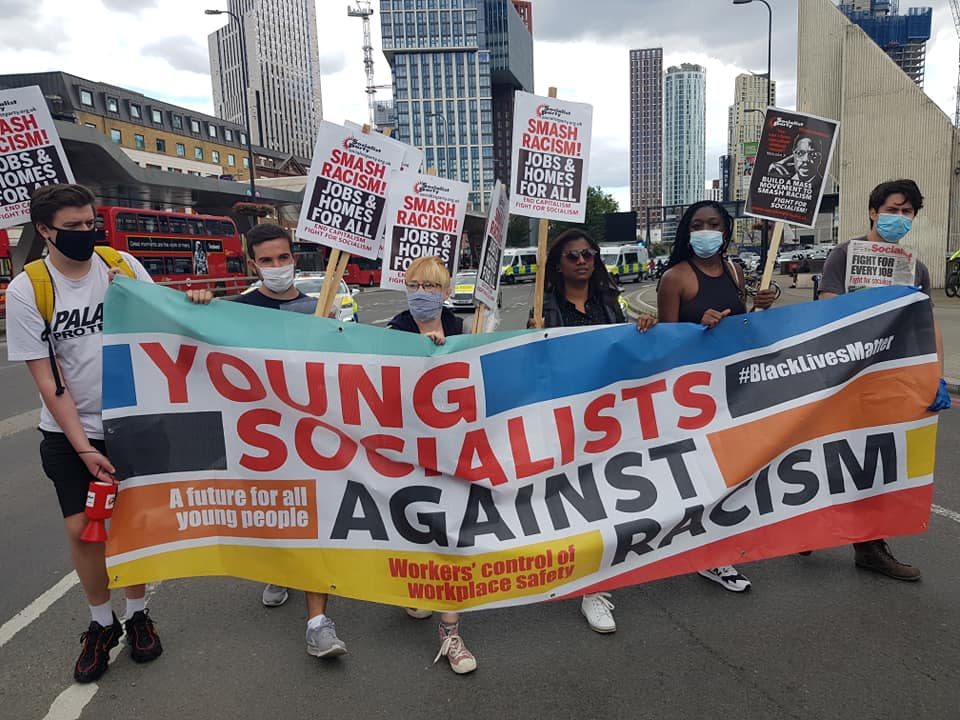 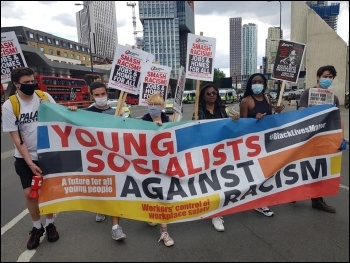 ‘The Uncomfortable Truth About Racism’, by former footballer John Barnes, makes some valuable points. It deals with discrimination, linking it to class and capitalism, but ultimately it fails to put forward a meaningful alternative.

Barnes warns black footballers that the establishment will try to make a special case about racism in football, while ignoring racism across society. Barnes recalls meeting David Cameron, when he was Tory prime minister, about the ‘Show Racism the Red Card’ campaign.

This is undoubtedly true, but he doesn’t look deeper at the structures of the police force, with a hierarchy which reflects the views of the ruling capitalist class, that ensures police resources are directed, for example, against working-class strikes and protests.

Barnes is conscious of class bias in policing. He argues that George Floyd’s murderer Derek Chauvin kept his knee down to show the working-class people around him, in a deprived black and white area, who is boss.

He says that all those who suffer discrimination should unite and support each other against their oppressors, and that you can’t get rid of racism without getting rid of capitalism. But Barnes claims that people are too selfish for socialism to work.

He says he has been influenced by philosopher Noam Chomsky, which may explain his pessimism. He would benefit greatly from reading the Socialist Party’s clear programme of policies that provide socialist solutions to discrimination (see ‘Black Workers’ Charter’ at socialistparty.org.uk).

Barnes was only the second black player in Liverpool’s history when he signed in 1987 aged 23. Liverpool fans regularly racially abused black players from visiting teams. But Barnes says that if you asked many of these individuals if they were racist, they’d say ‘no, I’m just abusing the opposition’.

A small hardcore of racists among Liverpool’s crowd were determined that Barnes wouldn’t last. During his home debut at Anfield, this racist hardcore threw bananas on the pitch and booed every time he touched the ball.

When Barnes scored in that game, the racist rump booed him still. But by this time, the vast majority of fans had had enough, and the whole stadium roared out John Barnes’ name. The racists were silenced, and their campaign was over.

Two years later, in April 1989, the Hillsborough disaster killed 97 fans, and shook the city. Liverpool people discovered what it’s like to be on the receiving end of establishment abuse. Barnes did a lot to make football fans question racism and discrimination.