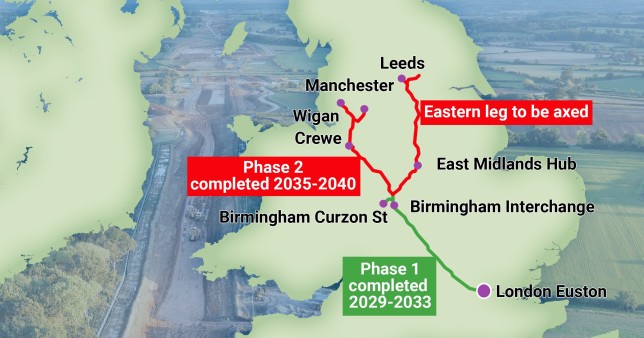 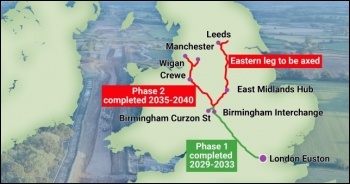 Also cut was the proposed new ‘Northern Powerhouse Rail’ line between Leeds and Manchester. This loss will be more greatly felt, especially by anyone unfortunate enough to travel this route at rush hour. Hopes that Bradford, the UK’s seventh-largest city and least connected rail hub, would be on such a new line have been dashed.

In his forward to the misnamed ‘Integrated Rail Plan for the North and Midlands’ (IRP), Boris Johnson even blurts out that the now-scrapped plans were costed at £185 billion, almost double the £96 billion the government is now going to invest.

After years of the Tories talking about the importance of the ‘Northern Powerhouse’, the reality is more like a Northern Poorhouse. It is becoming clear that Johnson’s ‘levelling up’ is just yet another promise not delivered.

There will be a deep scepticism as to whether the limited genuinely new projects promised will be delivered. Leeds is promised a mass transit system, but the government’s report hardly gives confidence. It can’t decide whether the initial investment is worth £100 million or £200 million.

The most recent trolleybus plans were dumped following opposition – it was seen by residents to be mostly servicing park and ride for commuters outside of Leeds, with limited stops benefiting those in the city, while local bus services would have been decimated.

The ‘integration’ of the plan is limited by the fragmented nature of Britain’s railway system with over 20 different operators, the plethora of separate local bus operating companies, as well as the Tories’ ‘Covid austerity’ limiting their preparedness to make major investments.

Elected representatives of railway workers and their unions, alongside commuters and the wider workers’ movement, should be brought together to democratically discuss what investments should be made and where.