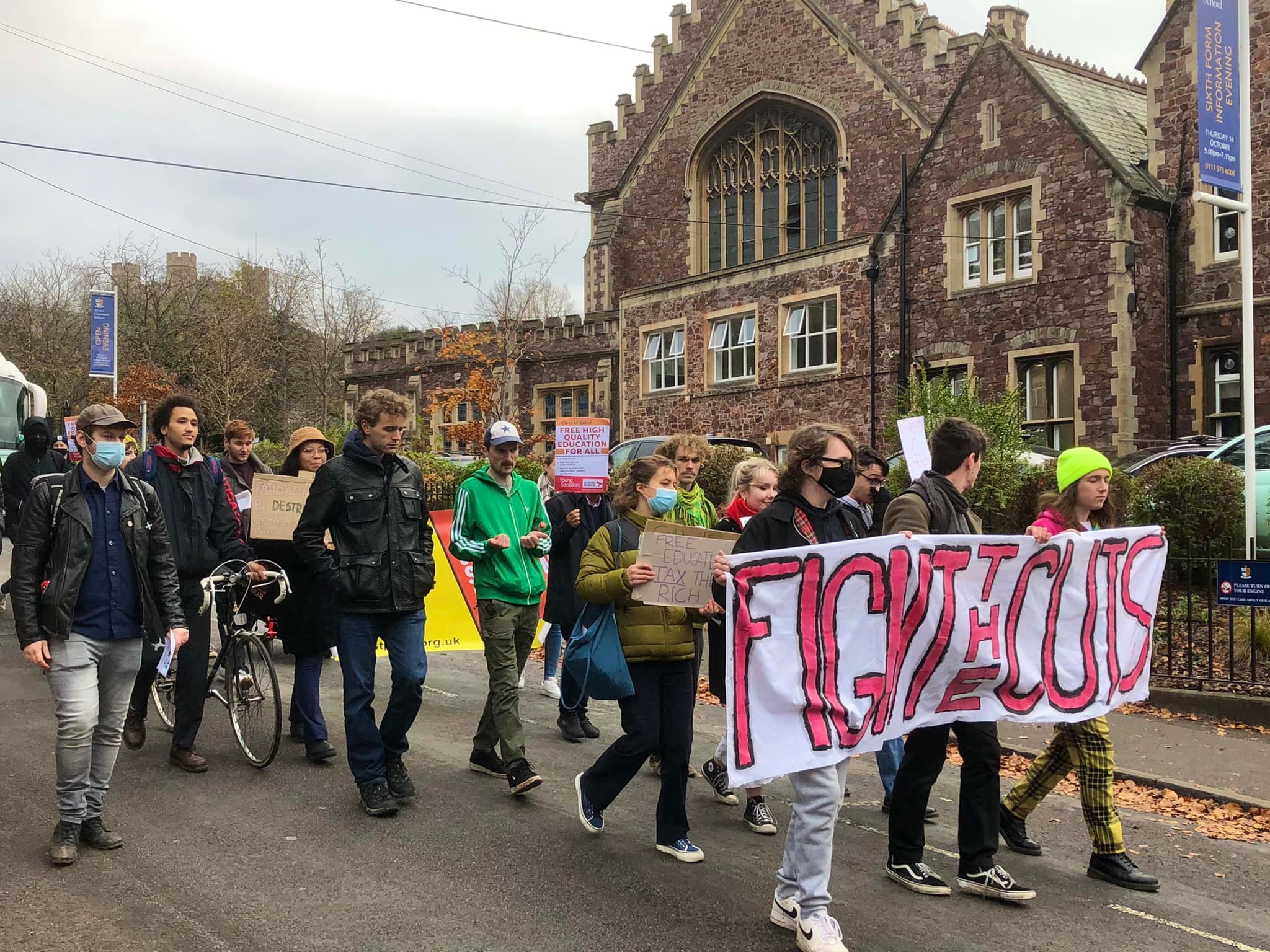 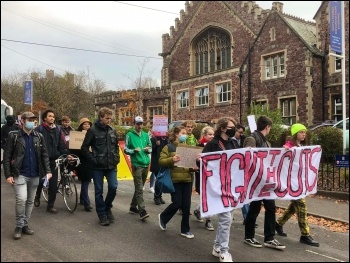 On 24 November, 60 people protested at the University of Bristol against government cuts to university arts funding. I spoke at the demonstration, representing Socialist Students.

I highlighted the intersection between the struggles of university workers, and their upcoming University and College Union (UCU) strike action (see back page and page 7), and their students. All share the receiving end of the marketisation of education.

Socialist Party member Tom Baldwin explained how the fight against marketisation and profit-driven universities can only be won by solidarity with workers, and fighting for a socialist plan for democratic workers’ ownership and control of the economy.

The Students Against Cuts campaign then led the demonstration on a march through the city centre.

The public were in support of our march. However every lane of traffic was unnecessarily blocked which meant some public support was lessened, and a number of students left before the end of the march.

This is not the end of the campaign however. Socialist Students will continue to work to oppose cuts, fees and marketisation. This includes giving our full support to UCU strikers at Bristol on 1-3 December.