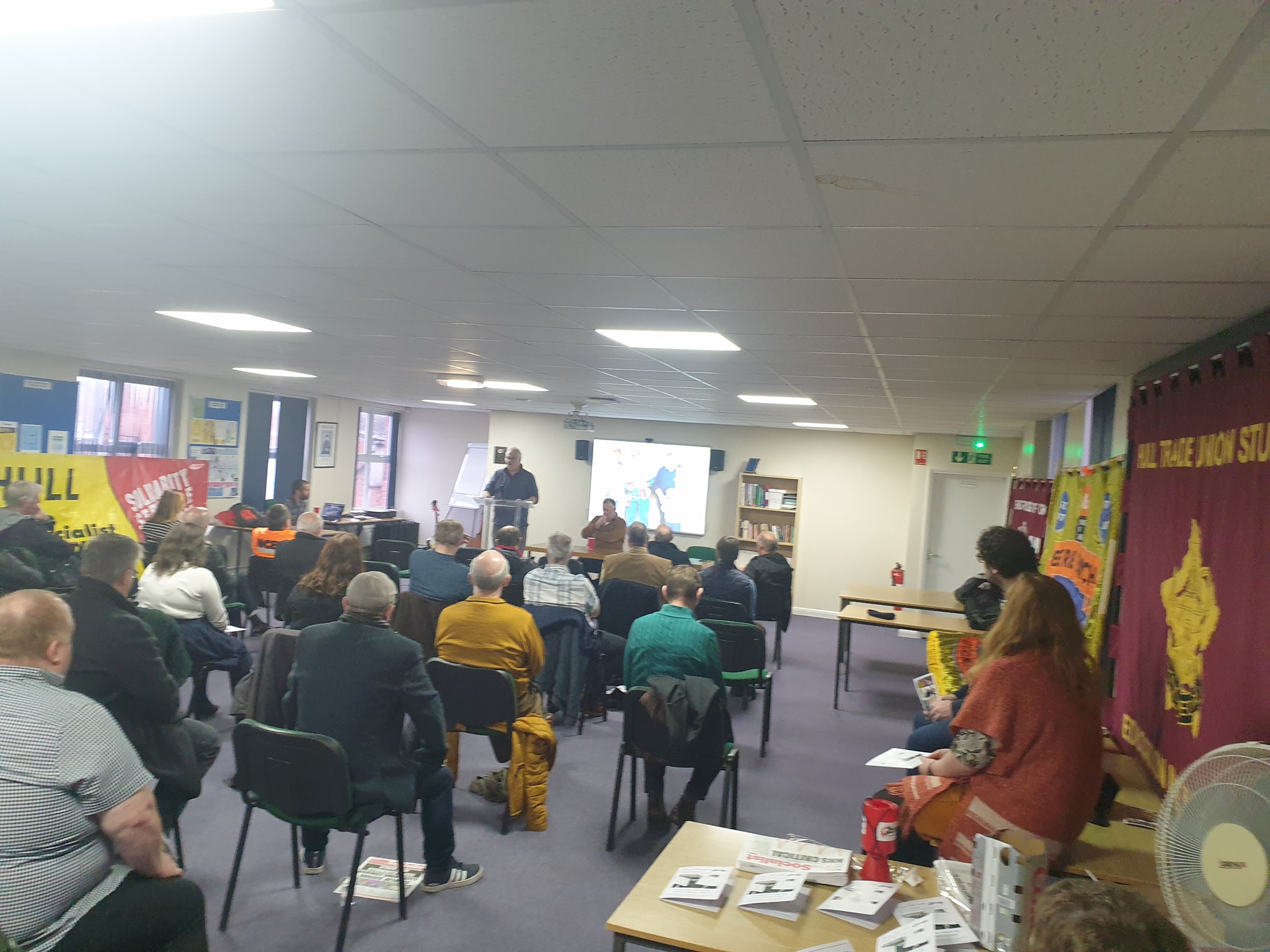 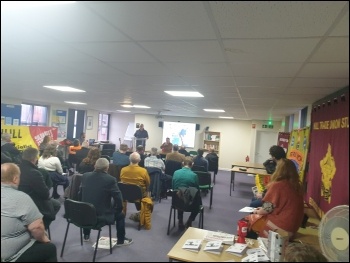 Socialist Party member Trevor Grewar met Tony on the Easington gas terminal construction site. Political discussions in the locker cabin led to Tony joining Militant (now the Socialist Party) in 1983. At the height of the miners’ strike the following year, over 60 workers on the site every week would buy a copy of Militant (now the Socialist) from Tony and Trevor. Tony and Trevor raised thousands of pounds in support of the miners’ struggle.

The financial appeal raised £1,586.65. The memorial meeting was brought to an end with musician Joe Solo leading everyone singing No Pasarán and the Internationale. Rest in power comrade.