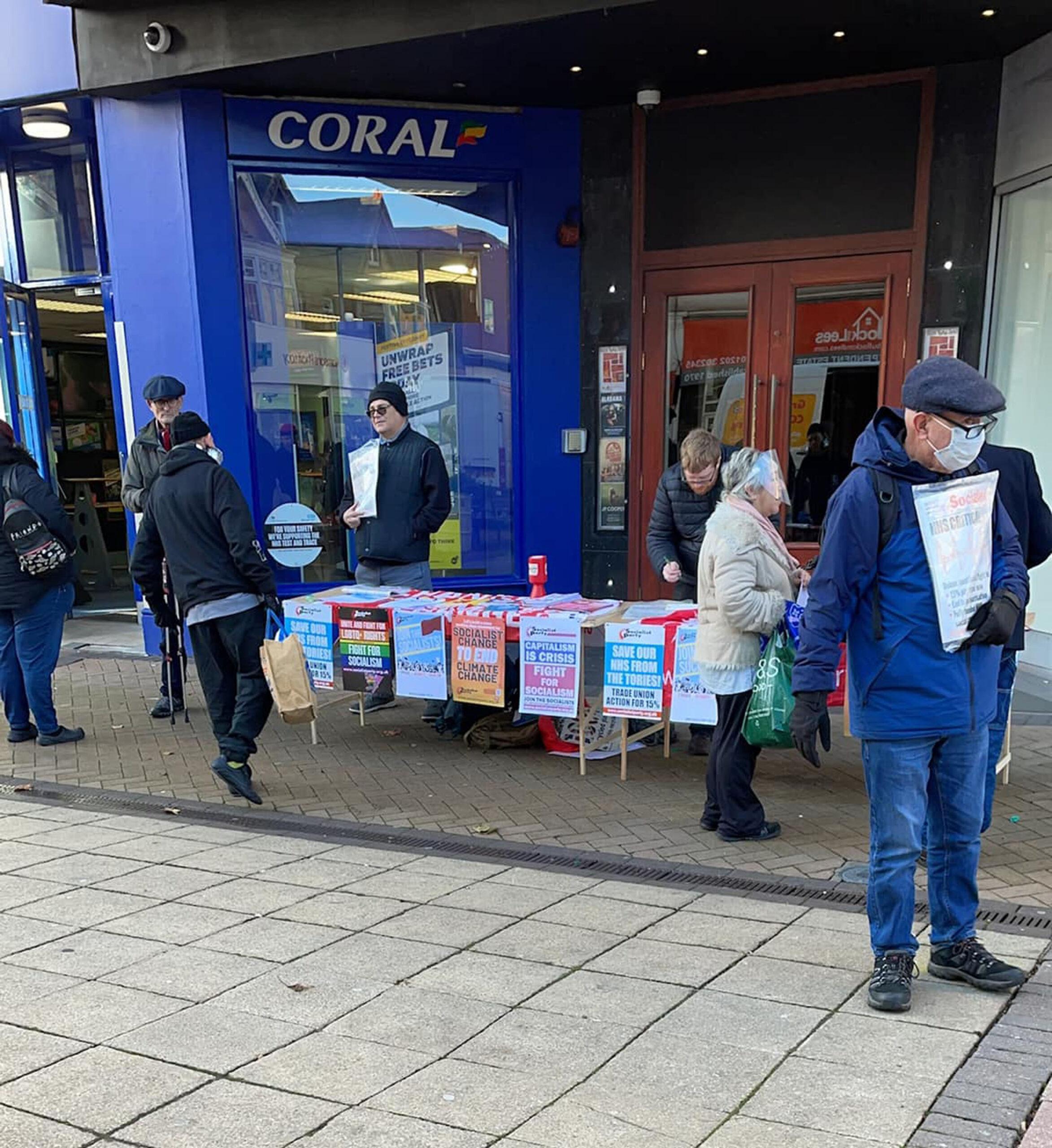 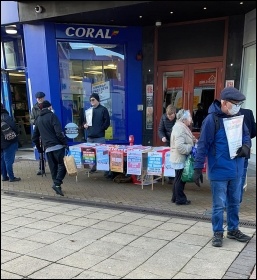 Eight people wrote their information down to find out more. This included a teacher who taught their students about socialism; a legal practitioner; and an individual who was struggling through benefit cuts. The mood was deep anger.

There was also frustration with the Labour Party. People felt that they had no political voice. It is encouraging that people are out there that can join us if we keep up our consistent approach.

A care worker told the whole street to sign our petition for a 15% pay rise in Hertforshire. Initially she said there was no point, because carers never get a rise.

But after we told her about the victory of Sage workers in north London (see socialistparty.org.uk), it boosted her confidence. Then we had a small queue at our stall, including a trainee paramedic. Together people donated over £40 to help our campaigns.