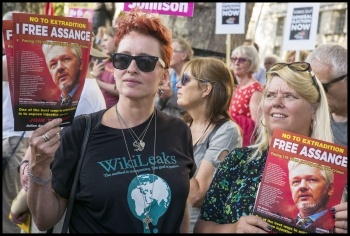 Imprisoned Wikileaks co-founder Julian Assange, whose publications exposed the war crimes of US imperialism in Afghanistan and Iraq, faces extradition from Britain to the US following a recent High Court ruling.

In January 2021 court ruled that his risk of suicide prevented granting the US authorities extradition. Now, pending an appeal by Assange's lawyers, he could face espionage charges in the US and, if convicted, a prison sentence of up to 175 years.

The US administration's move on a non-US citizen represents an attempt to silence investigative journalism by criminalising the exposure of extrajudicial killings and other nefarious activities by governments.