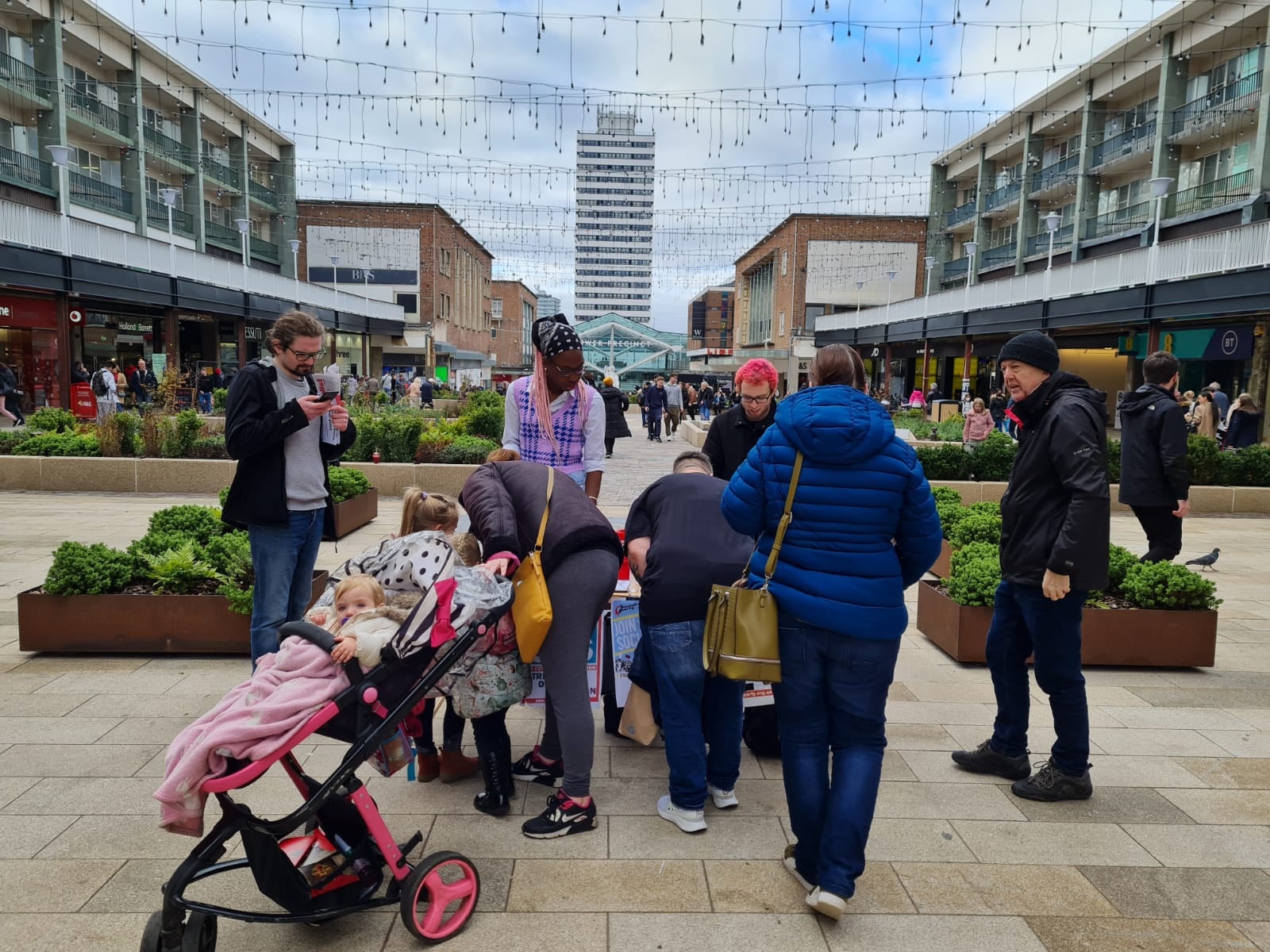 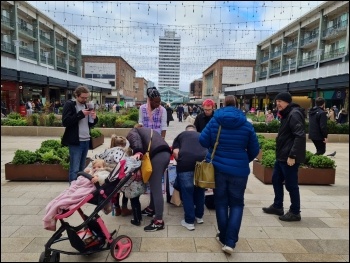 At our last Socialist Party campaign stall of the year on 18 December, we gathered more signatures in support of the bin workers’ strike.

That strike was delayed until the new year, because the workers forced the council back to the negotiating table with a better offer. So much for being told that the council couldn’t pay more!

And we gathered dozens more signatures against parking charges at the hospital, including from NHS workers. The headline on the last edition of the Socialist was relevant: “Tory cuts and privatisation leave NHS in crisis”, and there was an article about the bin strike inside (see socialistparty.org.uk), which meant more people wanted to buy the Socialist.

An operating theatre nurse signed our petition telling us she cannot even get a staff pass that would let her pay ‘only’ £50 a month, because her shift pattern of three 12-hour shifts disqualified her. So she is paying £30 every week, £1,560 a year, to work for the NHS! And the vast majority of that goes right into the pocket of private company ISS that runs the car park.

Among other people signing was a woman who told us her son had a brain tumour dealt with at the hospital. The cost of visiting was a fortune.

No staff, patients or visitors should be paying to use the car park. The car park shouldn’t be in the hands of a private company making gigantic unchecked profits off ordinary people’s misery.