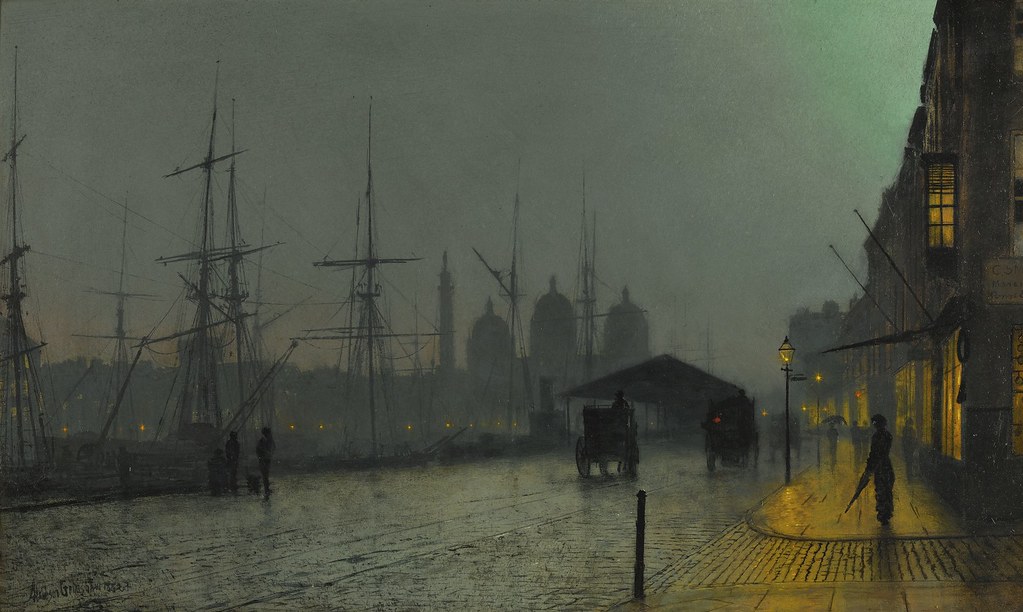 In the second of our occasional series on the history of working-class struggle in Britain, Iain Dalton looks at ‘new unionism’. 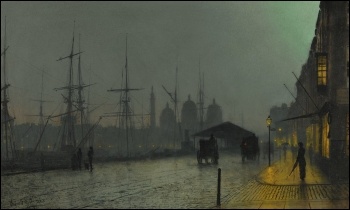 Imagine the Port of Shanghai, the busiest in the world, with 125 docks and 19 terminals, serving over 2,000 container vessels, was paralysed by strike action for a month. Such a display of working-class power was the high point of the ‘new unionism’ movement. 100,000 dockers were on strike at the Port of London in 1889, then the busiest port in the world, at the heart of a world-spanning empire.

Karl Marx’s lifelong co-thinker Friedrich Engels greeted the strike: “This host of utterly despondent men, who every morning when the dock gates open fight a regular battle among themselves to get the closest to the fellow who does the hiring.

“This motley crowd thrown together by chance, and changing daily in composition, has managed to unite 40,000 strong, to maintain discipline, and to strike fear into the hearts of the mighty dock companies. How glad I am to have lived to see this day.”

New unionism spanned 1888 to 1892. Wave after wave of ‘semi-skilled’ and ‘unskilled’ workers, who many had said were impossible to organise, took strike action to win recognition of their unions and improvements in pay and conditions.

Up to this point, trade unions had largely been ‘craft’ organisations, based on ‘skilled’ workers – engineers, boilermakers, plumbers, compositors, etc. While they did organise strike action from time to time, in the main their leaders sought to secure higher wages by restricting the numbers of skilled workers who paid substantial membership fees.

There had been sporadic attempts to organise unions among other workers. But many of these organisations were short-lived, and strikes ended in defeat. But a number of things were about to change.

Firstly, since the mid-1870s, the British economy had been in a period of depression which increased unemployment. But new unionism coincided with a temporary recovery, where workers sought to improve their conditions and win back past losses.

Secondly, the new unions had much lower membership fees than the old craft unions. The new unions sought to sustain themselves by winning concessions from the employers to improve their members’ living standards.

Thirdly, many of the leaders of the new unions were socialists. They had been through previous struggles, and applied what they had learned.

The new unions grew at a tremendous rate. In 1888, in Hull, the local class-collaborationist dock union had 400 members.

Many of the matchwomen were the wives, sisters and daughters of dockers. Dockers sometimes worked at the gas works in neighbouring areas when work at the docks was slack in the winter.

Left-over money from the dockers’ strike fund was donated to striking tailors in the East End who successfully took action in 1889 to win a ten-and-a-half-hour day and a limit on overtime.

As the economic climate worsened and unemployment surged, many of the new unions fell back to half the size they’d been at the height of the movement. Some smaller new unions disappeared entirely.

Strike-breaking by the employers and state was also a key factor. This was most pronounced on the docks.

There, the vast majority of employers organised themselves as the Shipping Federation. They sought to smash the new unions.

In Southampton, the dockers’ union organiser was imprisoned for three months following a five-day strike. The Shipping Federation wanted to introduce ‘free labour’, i.e. scabs, to break the ‘closed shop’ the new unions had established.

The most brutal repression occurred in Hull. In 1893, there was a bosses’ lockout against 15,000 dockers and seafarers. Substantial forces were moved to Hull to break the strike – 1,000 strikebreakers and 250 soldiers.

Two gunboats were stationed in the Humber estuary. Regular baton charges by the police and stone throwing by strikers were exchanged.

Similar treatment was meted out to workers elsewhere. In Bristol, a lantern procession in December 1892 to build support for the strike at the sweet factory was broken up by 200 mounted troops, known as Black Friday. Dockers’ leader Ben Tillet was charged with incitement to riot even though he wasn’t even present!

In Leeds, there was a gas workers’ strike in 1890 to preserve the gains the workers had won when they founded their union the year before. The Liberal council owned the gasworks. It brought in strike breakers from around the country, housed them in the town hall, and supplied them with food, drink and tobacco.

A police and armed military escort marched the strike breakers to one of the city’s gas works. But the workers and their supporters physically blocked large numbers from entering the gas works, and convinced many to return home, with train fares paid by the union.

In 1892, the predominantly women workforce in Manningham Mills in Bradford were on strike. They faced hostility from the Liberal council that refused permission for meetings, Liberal ‘poor law’ guardians who refused strikers out-of-work assistance, and the Liberal watch committee that set the police on them. As the repression intensified, the need for political action alongside industrial action became clearer to many workers.

Eleanor Marx reported to an international socialist meeting: “Great as the victories of the new unionism have been, magnificent as the work is of organising thousands upon thousands of hitherto unorganised workers, this growing class consciousness of the British workers is a greater, a more noteworthy fact, than either of the two others.”

Initially, this was sporadic and most concentrated around West Yorkshire, where the role of Liberal councils in strikes had broken the domination in the local workers’ movement of those who favoured achieving labour representation through the Liberal Party.

In May 1892, the newly formed Bradford Labour Union elected a councillor unopposed in Manningham, where the mill strike had taken place. And, in November, a second councillor was elected.

In the 1892 general election, the Bradford Labour Union nominated dockers’ leader Ben Tillett to stand in the Bradford West parliamentary constituency. He won 30.2% of the vote. More spectacularly, in West Ham South, Keir Hardie was elected as an independent Labour MP.

West Ham’s Liberal mayor had already sacked his bakery workforce after they put in a wage claim, and leaders of the new unions, such as Will Thorne of the gas workers, had been elected to the local council. These developments were brought together with the formation of the Independent Labour Party (ILP) in 1893.

Even though Hardie lost his parliamentary seat in 1895, the employers’ offensive forced the question of working-class political representation more to the fore. A motion from one of the predecessors of today’s transport union RMT led to the formation of the Labour Representation Committee (LRC).

The Taff Vale judgement in 1901 made unions liable for companies losses during strike action. It quadrupled the numbers of trade unionists affiliated to the LRC, paving the way for the development of the Labour Party.

Although no two eras are ever the same, there are enormous lessons to be learnt from this period for the struggle today to rebuild fighting unions and a new mass workers’ party.