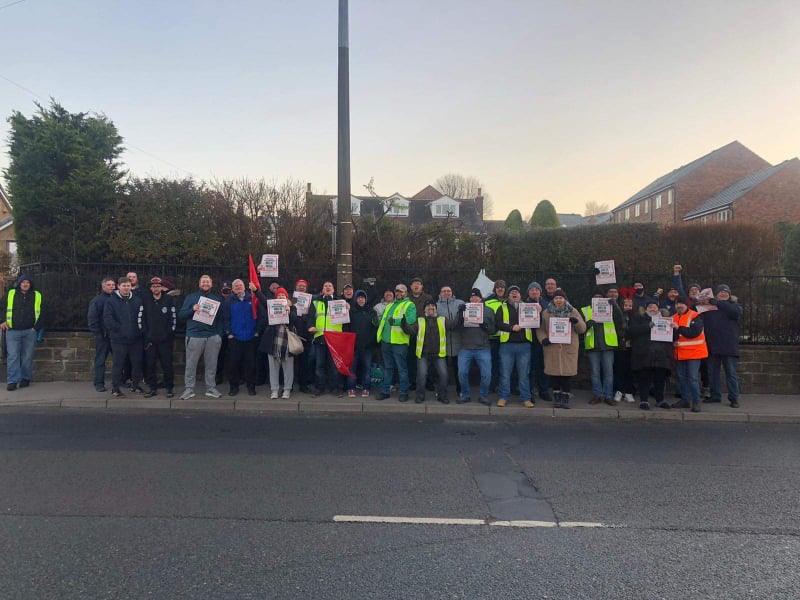 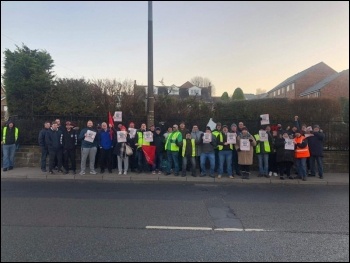 After two one-week strikes before Christmas, and now indefinite strike action since the New Year, the South Yorkshire Stagecoach busworkers’ strikes are getting stronger. At all four depots in Barnsley, Rotherham and Sheffield, more drivers have joined the strike and the Unite union, in pursuit of an above-inflation pay rise. Management have fooled no one by repackaging their offers that they never actually offered, and having failed to break the strike they have now asked the arbitration service Acas in to conciliate.

Meanwhile, Sheffield First bus drivers have rejected a third management proposal to cut terms and conditions by 306 votes to 26 and will now proceed to an industrial action ballot for a no-strings-attached pay rise.

“Bus drivers should be on at least £15 an hour. Pay and conditions for bus workers have been on a steady decline ever since privatisation and deregulation of our buses started in 1986. Drivers have seen their rates of pay eroded, sick pay cut back, hours lengthened, non-driving time cut and pensions wrecked.

“The private companies have sought to make profit by putting up fares and cutting their labour costs, while at the same time reducing the quality and frequency of our bus services. It’s time to bring the buses back under public ownership and control, put drivers on proper and decent terms and conditions, and get back to providing a quality service for the benefit of the public, not private shareholders.”