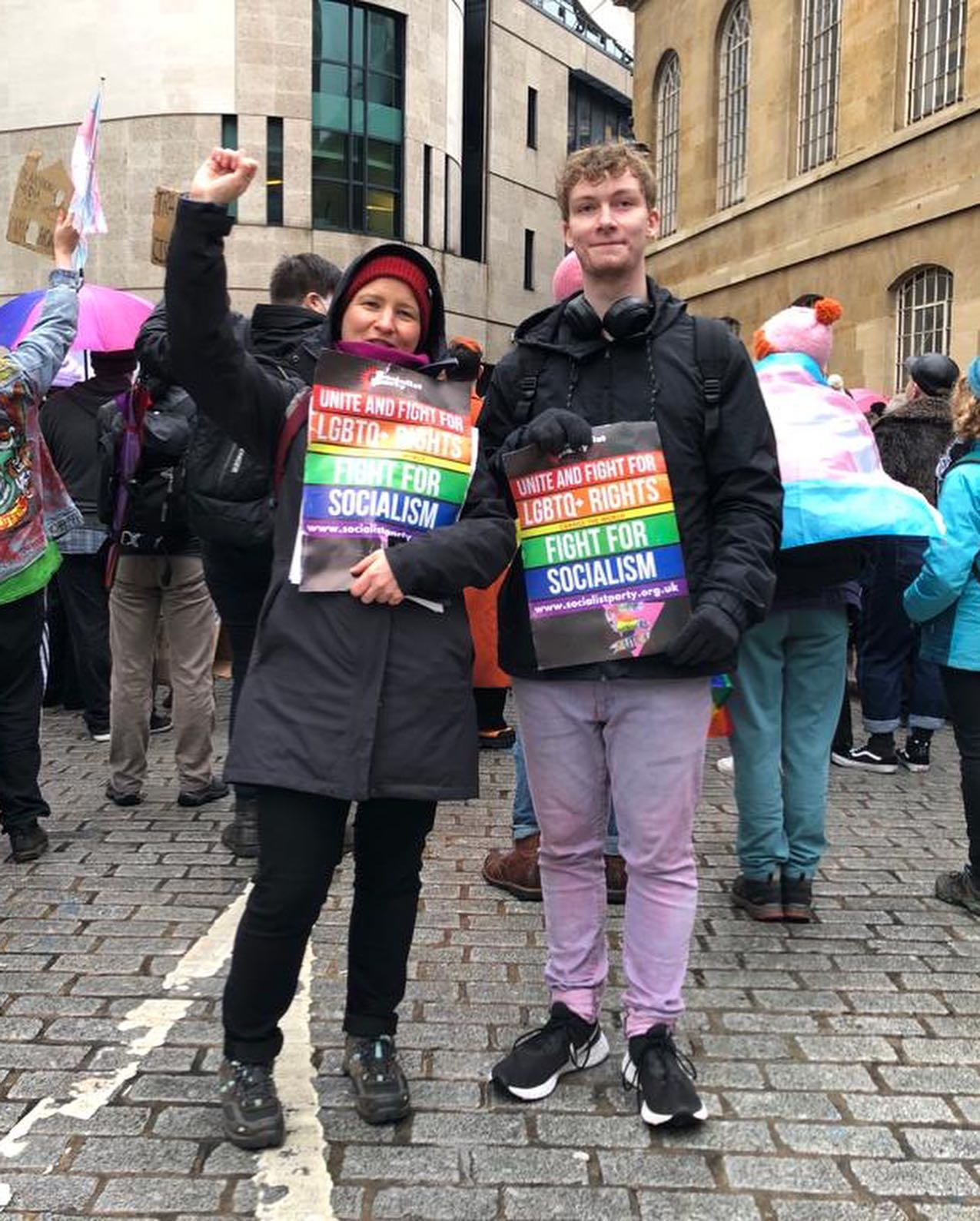 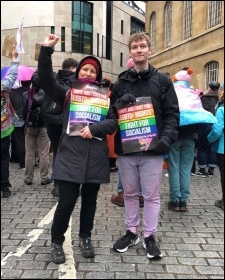 Socialist Party members on the protest   (Click to enlarge: opens in new window)

On 8 January, over 150 people assembled outside the BBC to protest the corporation’s treatment of trans people in its reporting.

Last November, the Guardian reported that Tim Davie – a former Tory council candidate and current Director General of the BBC – said the treatment of trans people in society was an impartiality topic in the eyes of the BBC, unlike others such as gay rights or the climate crisis.

This approach contributes to the situation where trans people face discrimination, bullying and harassment. Attacks on LGBTQ+ people are rising, with hate crimes committed against trans people rising at the fastest rate. The 2021 trans lives survey found that 63% of respondents reported experiencing transphobia while seeking employment.

The Socialist Party participated in the protest and called for a united fight to end LGBTQ+phobia. We stand and fight for the right of trans and non-binary people to self-identify, and for the rights and resources needed to live decent lives.

It was campaigning and organising that forced the BBC – and society – to recognise gay rights and climate crisis – and that protesting is important. Our forebears in the struggles of the 1980s, like Lesbians and Gays Support the Miners, showed the potential power of solidarity in struggle.

Davie is not the only Tory in a prominent position in the BBC. This is a factor in its unbalanced reporting, not only on trans issues, but on all issues. Under Keir Starmer, Labour Party spokespeople provide no alternative to the Tory pro-capitalist approach.

Other voices, especially working-class and socialist voices, and those from the trade unions are largely denied the chance to speak, contributing to an incredible lack of genuine debate. Part of this struggle is to build a new mass workers’ party.

We demand that trans voices get heard, that trade unionists and the working class get heard, that socialists get heard, and that there’s genuine discussion about how a world free from discrimination, homophobia and transphobia, poverty, exploitation and inequality can be achieved. That should be a key role of a public broadcaster.