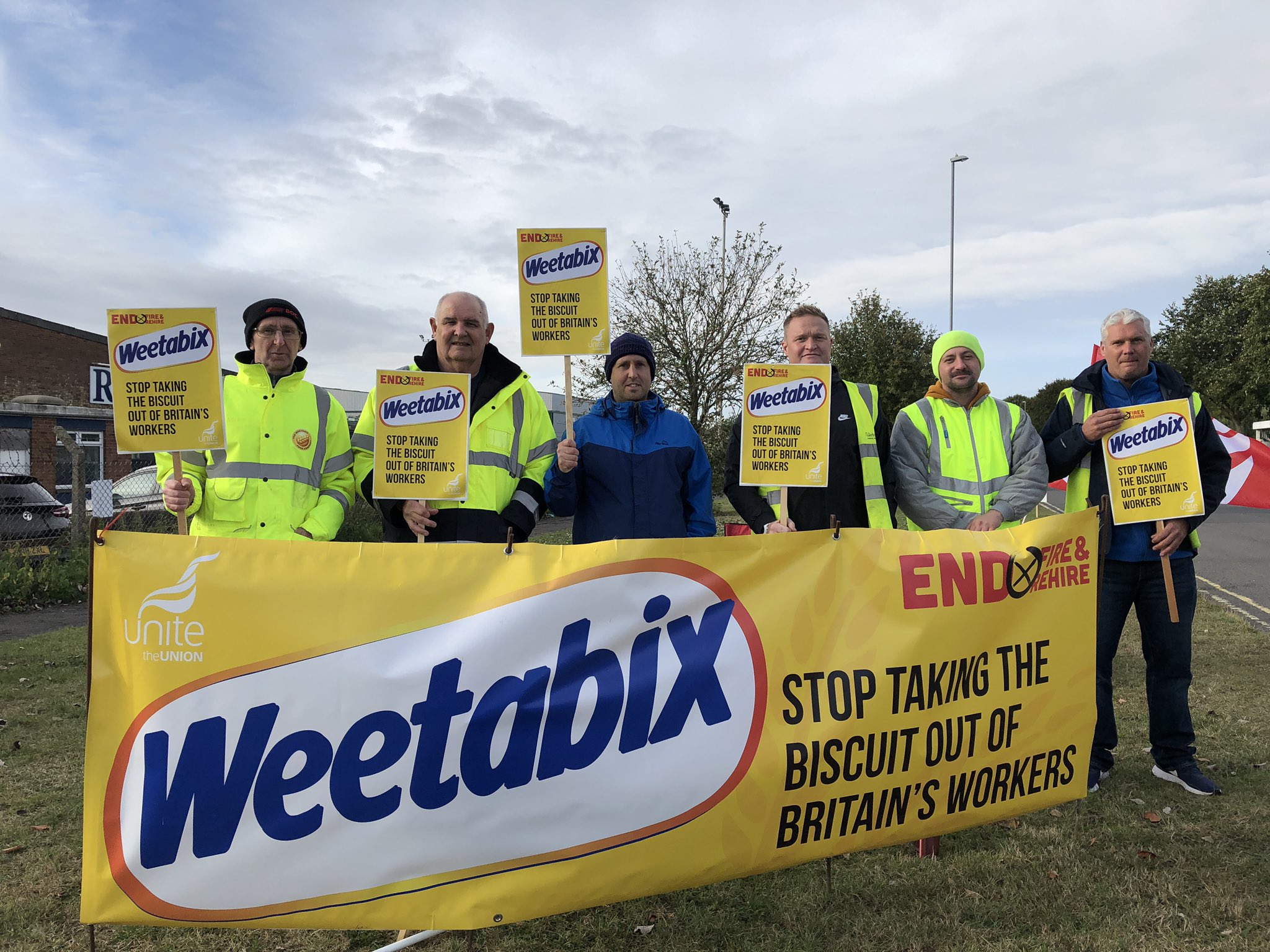 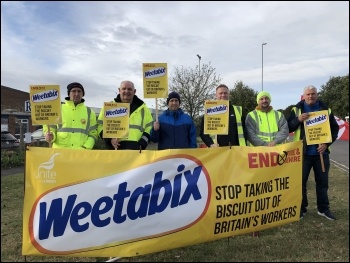 The end of 2021 saw a ramping up of strike action by the Weetabix workers at Corby and Kettering factories. A combination of solidarity among the workers and support from the wider community led to the company offering more and more concessions over time.

Eventually the bosses were forced to back down on their fire-and-rehire tactics. Workers who were set to lose legacy payments from 2017 equating to an additional £5,000 a year were offered a £9,000 lump sum or a continuation of £4,000 a year.

Plans for an unpaid on-call system for engineers to make up for staffing shortfall were scrapped, and bosses forced to reassess their staffing issues. Unite union officials also caught the company ignoring three of the eight bank holidays in the year when calculating leave and pay for workers.

The workers have been strengthened by their victories and although the strikes on fire and rehire have ended, the struggle is not over as balloting for pay is set to end on 13 January.