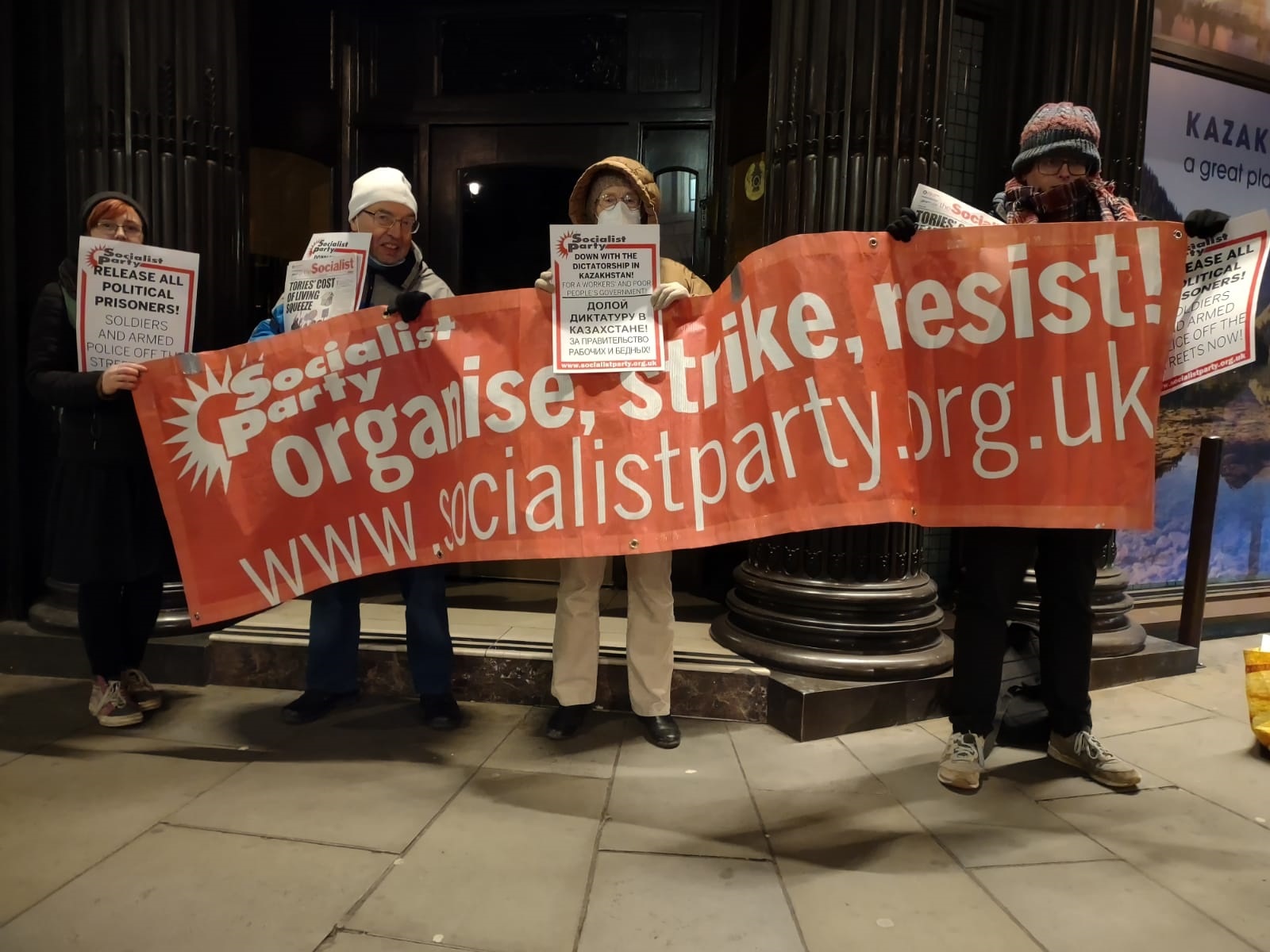 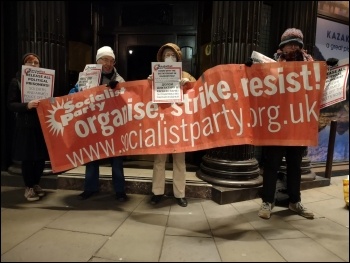 It’s clear that the Kazakhstan government is feeling the heat following international coverage of the protests and repression there. While the internet has repeatedly been turned off, it hasn’t stop news getting out.

London Socialist Party members headed down to the Kazakhstan embassy to show our solidarity with the growing movement (above). We posted a letter to the embassy from the Socialist Party in solidarity with the protests and, interestingly, it provoked a response. The embassy’s reply repeats many of the arguments made by the Kazakh government about the makeup of the protests (see pages 8 and 9) but also acknowledges the retreats on gas prices are because of the protests.

This conference agrees to support workers in Kazakhstan protesting against the government and oppose the harsh repression and response by:

Protest letters of international solidarity can help make these regimes consider more carefully about how they respond. This is a model letter that can of course be adapted. Please send to the Kazakh Ambassador at [email protected]

I/We am a member/are members of the Public and Commercial Services Union, which is the largest trade union representing government and allied workers and those on government contracts in the UK

I/We am/are writing to you to protest at the brutal repression of demonstrators throughout Kazakhstan and the state of emergency in Almaty and Mangistau. It is a basic human right to be able to demonstrate. Kazakhstan is once again revealing itself as an old- fashioned dictatorship rather than a modern democracy.

I/We reject the “official” view of the demonstrations as being led by “extremists terrorists and radicals” which is put forward on your web site. The demonstrators are ordinary working-class people, men, women and young people who have seen their standards of living cut, while the privileged elite and oligarchs at the top of Kazakh society enjoy a lavish lifestyle. They recognise that for the last thirty years, Nazarbayev and his family and friends have corruptly run the country at the expense of the workers. Tokayev is nothing but a puppet of Nazarbayev, that is why many of the demonstrators have been shouting “Down with the old Man”.

The use of tear gas and other methods of repression must stop immediately. As trade unionists, I/We will be taking these issues up with UK companies that invest and work in Kazakhstan.

We urge you to end the repression now. This needs to be accompanied by a commitment to allow freedom of association and the recognition of genuinely free and independent political parties including those that challenge the ruling elite in Kazakhstan.