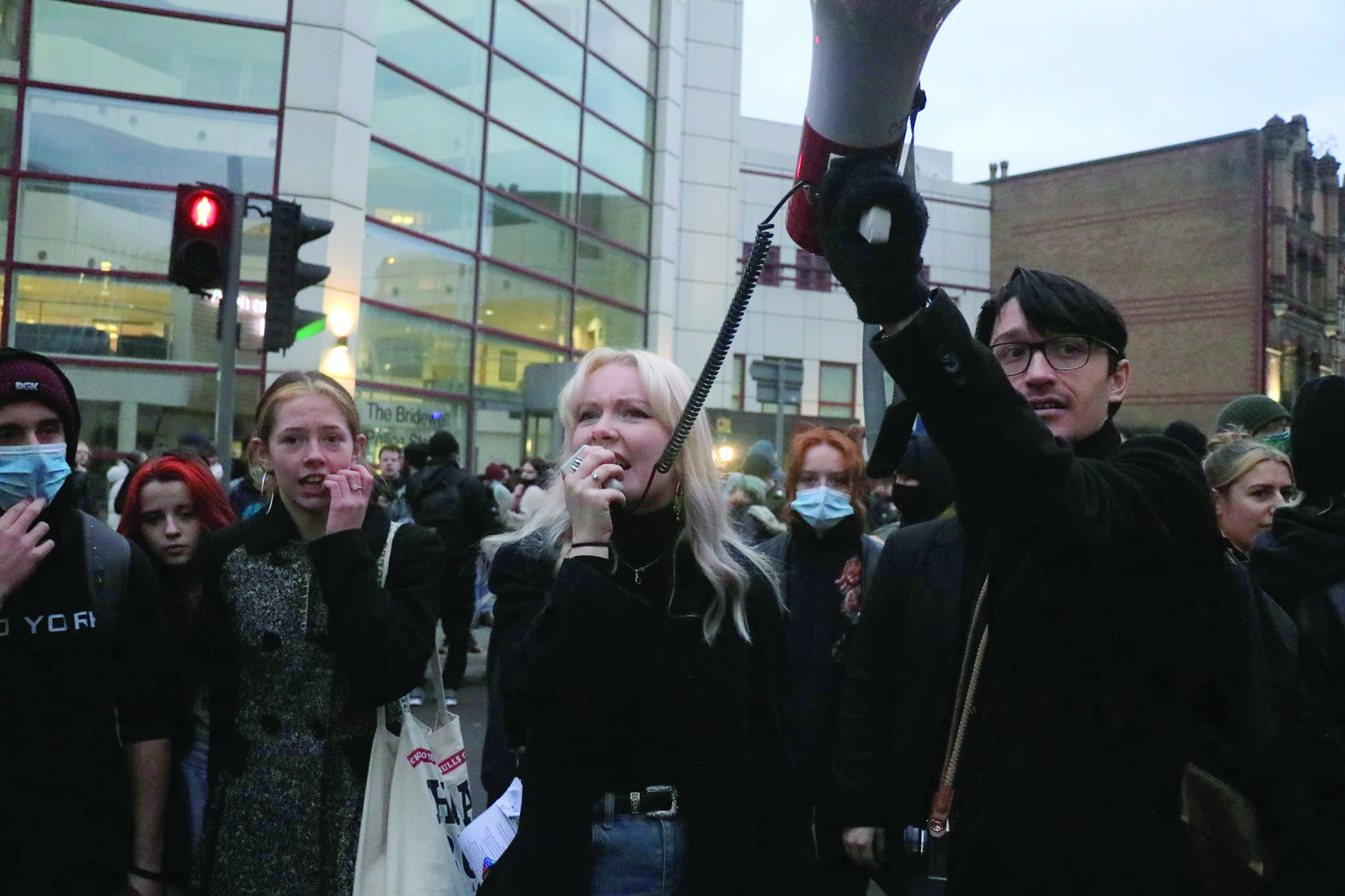 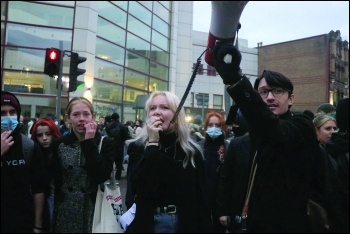 There were over 500 noisy, singing, mainly youthful protesters. The Tories’ bill aims to prevent protests on numerous grounds, including being too “noisy”. So, after the Commoners Choir had sung protest songs, a deafening one minute’s sound was made by the protesters, using horns, pots and pans, etc.

The crowd then set off on an impromptu, unauthorised march around the city centre, gaining applause and support along the way. Many signed the Socialist Party petition and took our leaflets.

The protest was organised with just a few days’ notice. 150 attendees chanted: “This is what democracy looks like”, and, of course, “Kill the bill”. Socialist film director Ken Loach spoke.

Placard slogans included “Keep the ‘demo’ in democracy” and “Priti shameful”. We started with a rally outside the abbey, and then a short parade loop through the main shopping precinct.

Speakers made it clear that they would continue to protest, whatever legal restrictions existed. The mood was one of contempt and anger at the establishment. A cascade of noise descended onto the city centre and chants of “Whose streets? Our streets!” from the over 1,000 mainly young protesters.

This was the 15th demonstration in Bristol against the Tories’ anti-protest bill, and probably the largest. It’s a reflection of the tradition of protest in the city.

The protest stopped at Bridewell police station to chant and direct protest against the police. The right to protest has had to be painfully extracted from the police and others in authority in Bristol – through the struggles against the poll tax, to the battles around cuts after 2008, up to these Kill the Bill protests, Black Lives Matter and the toppling of Colston’s statue.