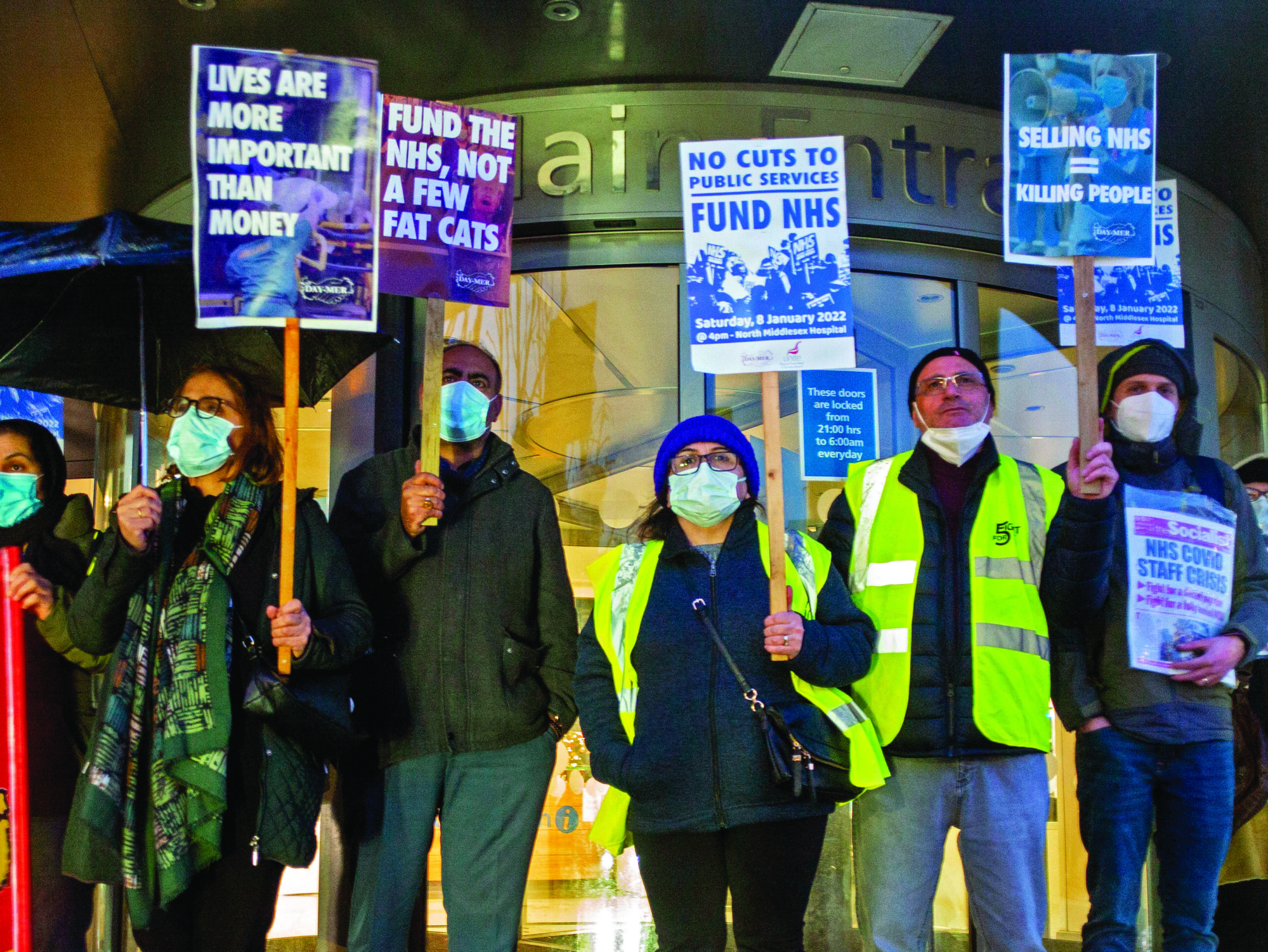 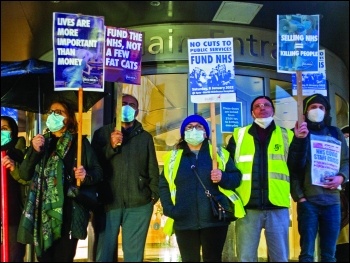 The self-isolation period after a positive Covid test has been reduced from seven days to five, with negative lateral flow tests on days five and six. Other Covid restrictions, including face coverings indoors and work from home guidance, are likely to be scrapped on or before 26 January.

But the Tories cannot be relied on to make decisions based on science; rather their decisions are motivated by profit. Health Secretary Sajid Javid said the reduction in the isolation period aims to “maximise activity in the economy and education” – getting workers back to work and keeping schools open, so parents don’t need time off to look after their children.

Javid said of Boris Johnson: “He made the call around having a further lockdown in the face of that Omicron variant. He made the right call and meant we have been able to have the most open and the most vaxxed economy in Europe.”

Tory MPs are united on the need for an ‘open economy’ – open for exploitation and profit-making. Fewer people are becoming desperately ill, so far, than in earlier waves. But because Omicron is so much more infectious, many more people get exposed to the virus, become unwell and need time off work.

The Office of National Statistics estimated 3% of workers were on sickness absence because of Covid in the last week of December. NHS, education, care and other critical services’ sickness absence is more than double the normal for this time of year. In the second week of January, over 40,000 NHS staff were off work each day because of Covid symptoms or self-isolation.

There are harrowing descriptions of patients waiting hours for ambulances, sat in A&E or lying on trolleys waiting to see the one doctor on duty. Deaths and permanent disabilities are resulting from insufficient staff to provide basic care. Health workers face exhaustion and longer-term burnout, forcing many out of their professions.

12 months ago, the grim milestone of 100,000 UK Covid deaths was passed. On 26 January 2021, Boris Johnson said: “We will commemorate the small acts of kindness, the spirit of volunteering and the daily sacrifice of millions who placed their lives on hold time and again as we fought each new wave of the virus, buying time for our brilliant scientists to come to our aid.”

What a stomach-churning hypocrite!

12 months later, even Tory MPs can’t pretend he’s anything else – as are they for having supported him.

As Omicron spread rapidly before Christmas, the cabinet couldn’t agree on public health measures. Reluctantly, the government brought in extra measures in England from 14 December, but had to rely on Labour votes to get them through as 99 Tory MPs voted against.

As the Johnson government hangs by a thread, scientific advice is considered not just alongside concerns about ‘keeping the economy open’, but Johnson’s concerns of keeping his own MPs on side.

The pandemic has shown that Johnson and the Tories cannot be trusted to make decisions to keep us safe, motivated as they are by looking after the profits of the big business bosses they represent. Instead, decisions about what Covid safety measures are required, and when they should be amended or changed, must be made democratically by the working class and trade unions.

Trade unions must fight for: