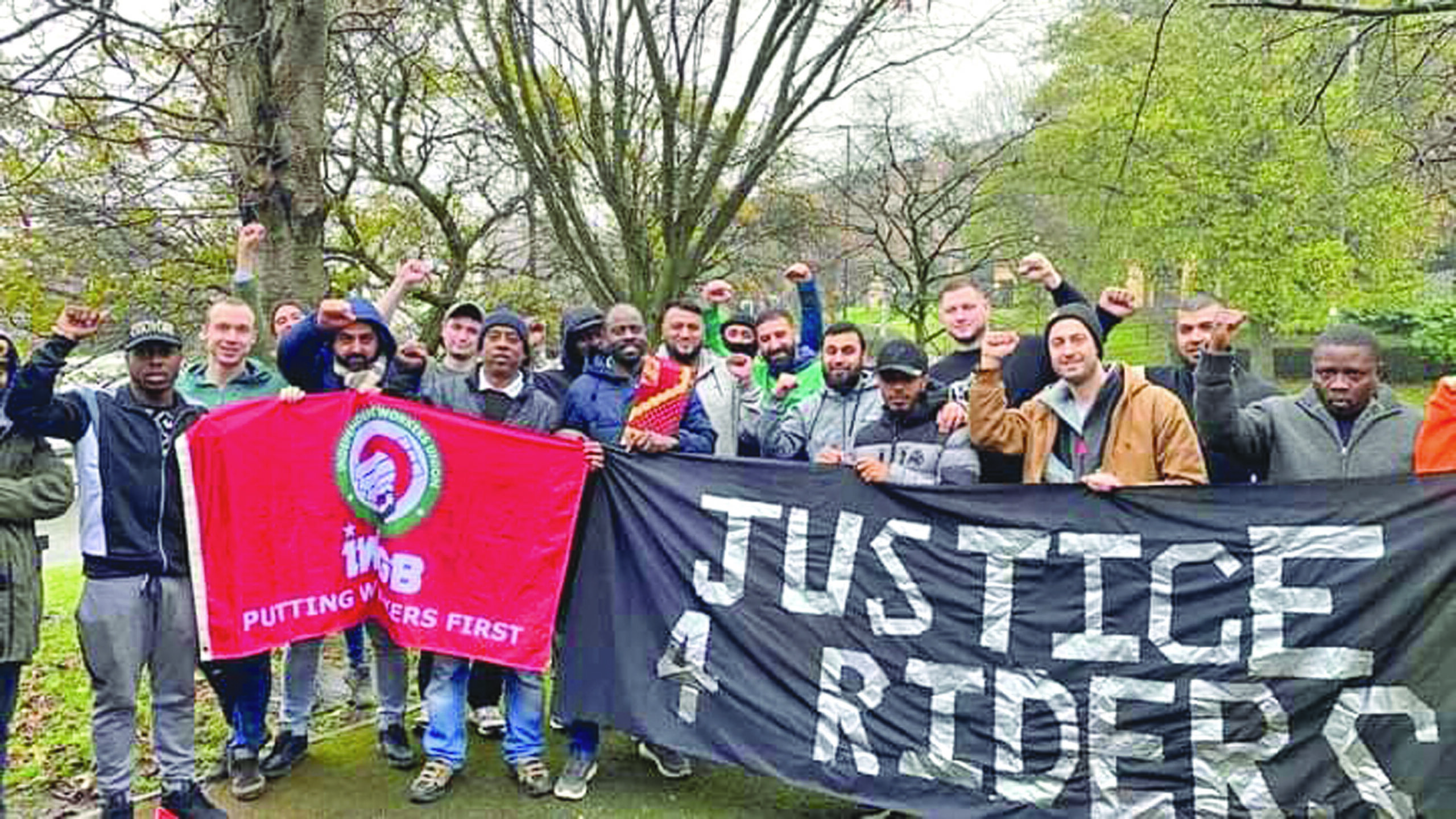 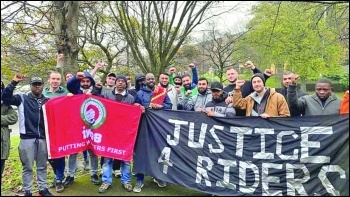 Just Eat takeaway food delivery drivers have been striking against pay cuts in Sheffield since 6 December in what has become the longest continuous such action in the gig economy in the UK. Parirs, chair of the Sheffield couriers branch of the IWGB union, and Khalil, a member of the strike committee, spoke at a recent Sheffield Socialist Party meeting and answered questions about their strike.

What do couriers do?

We register to work on delivery apps from which we pick up jobs to deliver food from takeaways and restaurants to customers’ homes.

How are you employed?

Effectively our employer is an app, or more than one app. We are all self-employed and use our own cars, insurance, petrol, etc. We get no sick pay, no holiday pay. We have no workers’ rights.

Stuart Delivery is the logistics company that supply drivers to deliver Just Eat food orders. It is part of the French-owned DPD logistics multinational company. During the pandemic and lockdown, online deliveries soared. Stuart’s profits went up 80% in 2020, but it paid no corporation tax.

What are the pay cuts?

Stuart’s new pay structure was introduced around the country outside of London in October. It cuts the base rate of pay from £4.50 for a delivery to £3.40, and cuts most of the other distance-based delivery rates.

Why have the Sheffield drivers opposed this restructure?

Obviously we’re losing money and have to work longer to pay the bills when petrol, energy and food costs are going through the roof. When we were informed about these pay cuts on a Stuart Zoom meeting, the Sheffield drivers kicked off, so Stuart delayed the new pay structure for us, supposedly “to help us understand it better”, until 6 December when we started our strike action.

How is the strike organised?

There have been a few one-off protests by couriers in the last two to three years in Sheffield, so around 60 drivers were already IWGB members, now there are over 100. So when the pay cuts were announced, Parirs set up a drivers’ WhatsApp group to share information and get organised.

Now there are around 230 on the group out of maybe 500 couriers in the city. We targeted McDonald’s as Just Eat’s biggest customer, and picketed six Sheffield outlets from 5pm til 10pm every evening, their busiest times. Between 15 and 20 striking drivers picket during those hours, while other couriers who support the strike continue working on other apps but won’t pick up Just Eat deliveries.

Other couriers are encouraged by the pickets to support the action and join the WhatsApp group, including drivers on Uber Eats and Deliveroo. The drivers hold a weekly strike meeting of the main activists who decide on the tactics and next steps in the dispute, which is then conveyed by WhatsApp and leaflets. The pickets have been boosted by local trade unionists and students, who have their own supporters’ WhatsApp group as well.

Is the strike spreading?

Yes, so far there have been protests and strikes against the pay cuts in Chesterfield, Huddersfield, Blackpool and Sunderland. And there was a big Stuart drivers’ protest in Liverpool about another issue. We are prepared to drive anywhere in the country to help spread the strike. And when we’ve won against Stuart, we want to get other couriers who work for Uber Eats and Deliveroo organised as well because their rates are even worse.

What do you hope to achieve?

Our demands are obviously to stop the pay cut. But we also want a pay rise to £6 minimum per delivery, and paid waiting times. We also want Stuart to recognise the IWGB union to represent us. So far, Stuart won’t recognise the union, but our strike action has got them rattled and forced face-to-face meetings with us, which has never happened before.

What can Socialist Party members do to help?

You can support us by joining the pickets at McDonald’s, get your trade union branch to donate to our strike fund, and help spread the strike by making contact with couriers in other cities and towns around the country, and even around the world!

Stuart has now conceded on two of the drivers’ demands, simplifying car insurance renewal certification, and restoration of paid waiting times after 15 minutes. These victories have encouraged the couriers to continue their action to force Stuart to withdraw the pay cut.