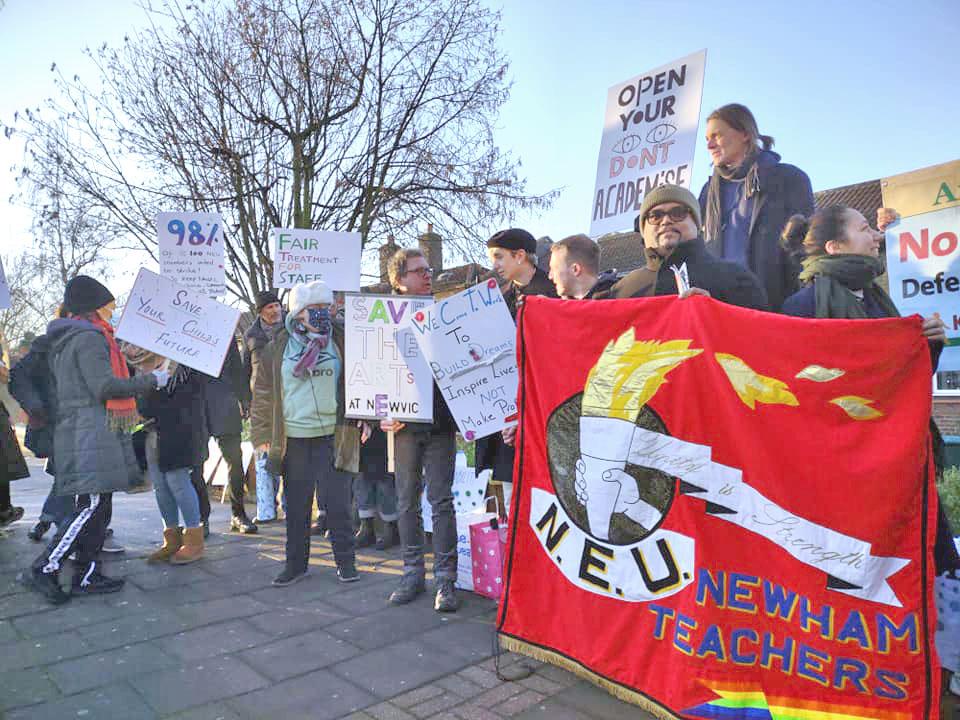 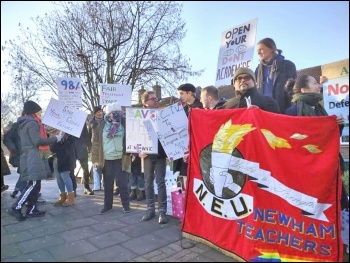 Strikers are ready to go the distance and beat ‘academisation’ at Newham Sixth Form College (NewVIc) in east London. Action restarted on 11 January after the Christmas break.

The strike is solid, with all but one department out. Its scale has forced management to close for all student functions except exams. The mood on the picket line is determination to see this through.

The National Education Union (NEU) won a stonking 98% vote for strikes against a bullying culture and privatisation before the first walkouts last term. As a result of leading a fight, the college’s NEU group has grown to over 100.

Principal and ‘chief executive’ Mandeep Gill is starting to show the strain. Pickets reported that on 10 January he forced staff to endure an unhinged, one-way rant against the strike at a compulsory after-hours meeting.

It only helped the union’s cause. But reps and strikers will nonetheless be holding an open meeting for all staff, to put the other side that Gill doesn’t want them to hear.

This is not likely to be a quick battle. Newham NEU has fought multiple struggles to stop privately run ‘academies’. The experience is that education bosses with pound signs in their eyes can take a while to defeat.

Certainly, the boss at NewVIc seems happy to waste staff and students’ time. January talks at conciliation service Acas resulted in his surprise claim that governors instructed him to withdraw an offered moratorium on privatisation… in mid-December.

Management has been in communication with the union repeatedly in that time. There was no mention of this rather important development. Some pickets speculated that the governors themselves may be unaware of their apparent instruction to the principal.

This is very welcome. But will the local authority offer more than fine words? Will Mayor Rokhsana Fiaz get on the phone to NewVIc management and tell them to stop? Will the council write to all staff, parents and students opposing the move?

Will the mayor and councillors stand with strikers on the picket lines? Will they demand space in the Newham Recorder? Socialist Party members made these proposals – we hope Newham Council takes its anti-academy policy seriously.