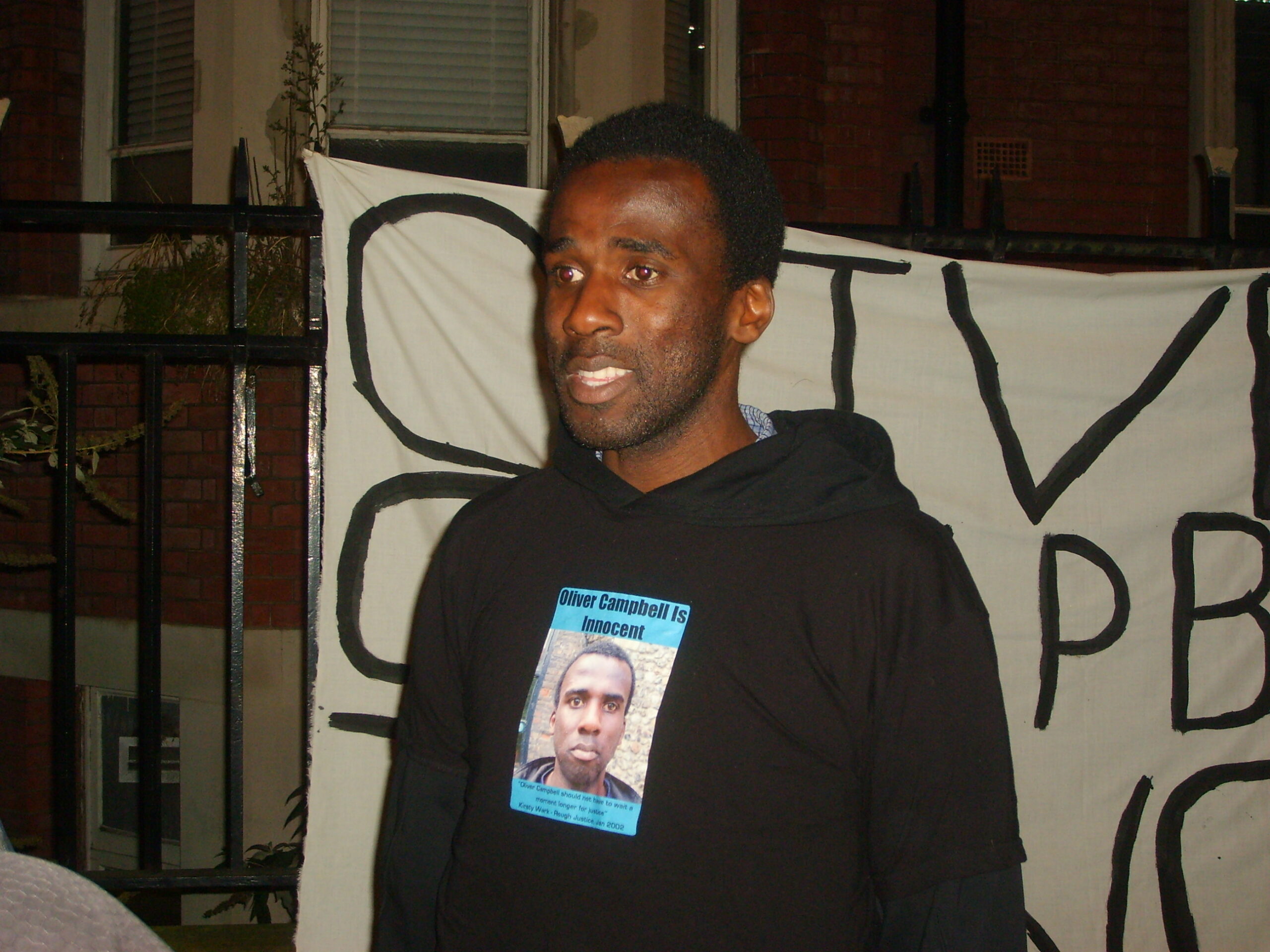 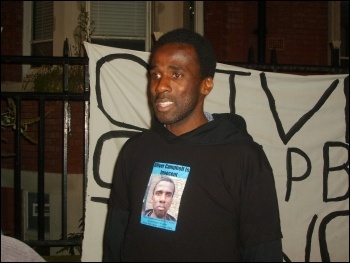 “I went into prison innocent. I came out innocent. And I’ve been innocent all the way through. I was put under pressure to confess to a crime I did not commit.”

It is 31 years since socialist activist Oliver Campbell (Ollie) was unjustly convicted for murder. Oliver has learning difficulties, but the police still behaved very aggressively towards him during questioning, which was initially carried out without a solicitor or an appropriate adult.

Ipswich Socialist Party member Teresa Mackay spoke at Basildon and Thurrock TUC about Ollie’s campaign for justice. Here is an edited extract of what she said.

More than 30 years ago, Oliver got involved in the campaign against the poll tax. Because of this, Socialist Party members heard about his case and campaigned for him.

In the same year as Oliver’s arrest, others faced similar charges – Cardiff five, M25, Tottenham three. They had one thing in common, they were all black. Some have seen justice, Oliver has not.

Michael Davis, one of the M25, who were wrongly convicted, was with Oliver on D wing at Wormwood Scrubs.

Michael said about Oliver: “The police would have known they had a vulnerable person on their hands, and just carried on because they are hell-bent on actually clearing the books, and took an absolute liberty talking him into a crime he clearly did not do.”

Michael also said: “It’s important to sign the petition so injustices like this do not get swept underneath the carpet”.

Oliver was in seven prisons during his eleven years imprisonment, and finally Hollesley Bay Open Prison in Suffolk, where I met him. When he was eventually discharged in 2002, he remained in Suffolk and still lives here now.

He has recently been moved to assisted accommodation, something that should have happened years ago. It has only happened now, because he was being cuckooed while living in Ipswich by gangs from London, who used his flat to sell drugs.

In 2003, there was an attempted armed robbery near the bail hostel where Oliver was living. Despite witness descriptions of the perpetrator being five inches shorter than Oliver, police still considered him a suspect because of his criminal record. At the time of the robbery, he was walking to catch a train so that he could attend the massive Stop the War demo in London.

There is no forensic evidence linking Oliver to the 1990 murder, and Oliver was not capable of conducting such a crime. In 2015, the local MP wrote to then Tory home secretary Theresa May about Oliver’s campaign for justice, but nothing happened.

Oliver’s solicitor Glyn Maddocks wrote to the Criminal Cases Review Commission (CCRC) asking why it had rejected reopening his case, despite fundamental questions being raised in a Rough Justice programme about Oliver. A BBC Newsnight film last year also questioned his conviction.

As Oliver said, “I was put under pressure to say things I didn’t want to say.” Stephen Mullinger, his solicitor at the time, said his confession would be ruled inadmissible today because of his severe learning difficulties and the fact he had no legal representation when he confessed.

His barrister, Michael Birnbaum, and his solicitor have stated: “Much of the police questioning was misleading and unfair. The law and practice regarding the way that mentally challenged suspects and defendants are treated has changed very considerably in their favour.”

Oliver is not a free man. Due to his criminal record, he is forever under threat of recall and being hauled back in by the police at any time.

He desperately wants to visit his Mum in the US, but cannot until his name is cleared. Oliver has said: “I could have had a full-time job, married and travelled the world”.

He does have a permanent job, working 30 hours a week for a social enterprise organisation supporting disadvantaged and disabled people here in Ipswich. But he would like to move on. He has waited twice as long as the Birmingham Six and Maguire Four to clear his name.

His solicitor and barrister have been working pro bono on Oliver’s case for the past 20 years. The case has been under CCRC review for more than 20 months. And we need money for back-office support whichever way that turns out. We only have until the end of the month to raise the funds (search ‘Justice for Ollie’ at crowdjustice.com).

Oliver recently turned 51. Well over half his life has been spent, if not in prison itself, in the prison without bars, fighting for justice.