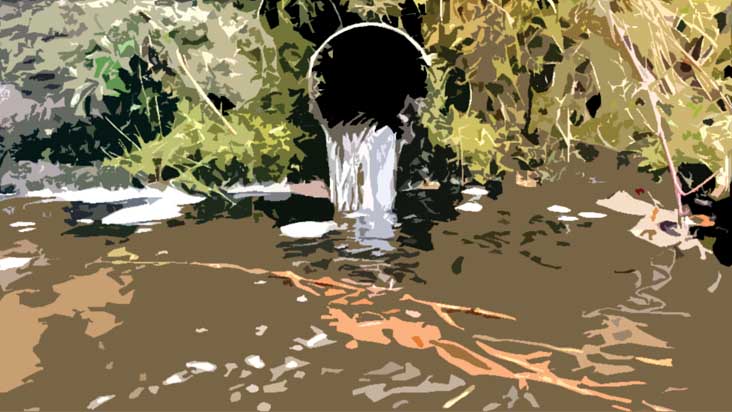 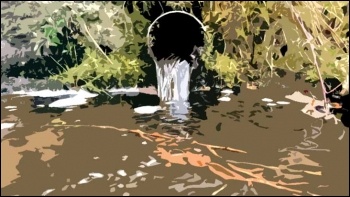 Yet more depressing news on pollution of our rivers and waterways has made the headlines in recent weeks.

A new House of Commons committee report on water quality in rivers found that “only 14% of English rivers met good ecological status and no river met good chemical status.” It continued: “A ‘chemical cocktail’ of sewage, agricultural waste, plastic and persistent chemicals is polluting rivers…”

The report identifies the main culprits as agricultural pollution (mainly slurry from mega-farms) affecting 40% of water bodies; sewage and wastewater dumping by private water companies accounting for 36% of pollution; with a further 18% run-off from towns, cities and transport.

The report could have been penned in 1864 when a Royal Commission described British rivers as “poisonous”. It seems that nothing much has really changed after one-and-a-half centuries of anti-pollution legislation under capitalism.

The notion that ever since the 1858 ‘Great Stink’ – when human and industrial effluent in the Thames shut down parliament – the quality of our waterways has continually improved, is not borne out by the evidence.

Moreover, much of the improved water quality in the Thames and other important rivers in recent decades is due to deindustrialisation as Britain’s capitalists have outsourced large parts of manufacturing to Asian countries.

The report adds: “The prevalence of plastic pollution, the presence of persistent chemicals and spread of antimicrobial resistant pathogens in rivers in England are all issues of grave concern.”

Indeed, a global study led by the University of Washington on antimicrobial resistance (AMR) has coincidentally just been published in the medical journal, the Lancet.

It calculates that up to five million people globally died in 2019 from illnesses in which AMR played a role – on top of the 1.2 million deaths it caused directly.

Sir James Bevan, boss of the Environment Agency (EA) – a non-departmental public body established in 1995 and funded by the government’s Department for Environment, Food and Rural Affairs – told the Commons committee that water quality in English rivers was “flatlining” because the “the two main polluters, the water and farming sectors, are not yet… doing enough to protect and enhance the environment.”

Bevan meanwhile has threatened to sack EA whistle-blowers who have pointed out that the agency, due to severe funding cuts and the need for inspections to be self-funding, is unable to fulfil its mandate to protect the environment (see below).

Liv Garfield, chief executive of Severn Trent Water, who has pocketed more than £17.3 million since 2014, the highest-paid in the industry, was criticised by MPs as being “disingenuous” by claiming sewer overflow discharges were “pretty much already rainwater”.

Untreated sewage from discharges, apart from carrying pathogens and toxic chemicals, is also the main source of microplastics in waterway sediment.

Microplastic waste pollution could easily be minimised in the short term by installing filters in washing machines and upgrading water treatment plants.

Moreover, biodegradable plant-based synthetics could be developed for textiles and clothing, along with replacing the largely non-recycled ubiquitous single-use plastic bottles.

The snag is, manufacturing and the water companies are privately owned and run for profit. As the old socialist saying goes: ‘You can’t plan what you don’t control, and you can’t control what you don’t own’.

The relatively low cost of fines for water pollution vis-à-vis the cost of substantial investment to make the industry’s infrastructure fit for purpose, means that the private water companies, which prioritise shareholder dividends, will continue to pollute.

It was reported in 2020 that England’s for-profit water companies paid an astonishing £57 billion in dividends between 1991 and 2019 – an average of £2 billion a year to shareholders since privatisation more than three decades ago. These hollowed-out, debt-laden companies simply screw their customers to pay for any investments.

Johnson’s big business government, by squeezing the funding of the EA’s environmental protection work so it becomes utterly ineffectual, has effectively protected the polluters.

Last year, only 22 Tory MPs voted for an amendment to the Environment Bill to make it illegal for water companies to dump sewage into rivers.

An EA worker is reported as saying there had been a “drive to make the agency almost entirely self-sufficient, so if you can’t charge for something it gets a lower priority, which is why a lot of the officer roles have been cut – those that go out to pollution events and inspect works… it’s been cut and cut and cut…”

The Commons’ report conclusions include lots of calls to ‘increase monitoring’, ‘more transparency’, ‘more targets’, ‘tougher fines’, and so on.

But what it doesn’t call for is the one demand that will make the most difference – bringing the water companies back into public ownership!

By removing the profit motive from the industry it would then be possible to direct resources solely to protecting the environment and public health.

This is the very minimum required. Substantial public investment is needed for decades of chronic underinvestment and reservoir sell-offs.

But as part of an overall socialist plan of production, a workers’ government could, after centuries of capitalist abuse and vandalism, restore our waterways to a pristine state.