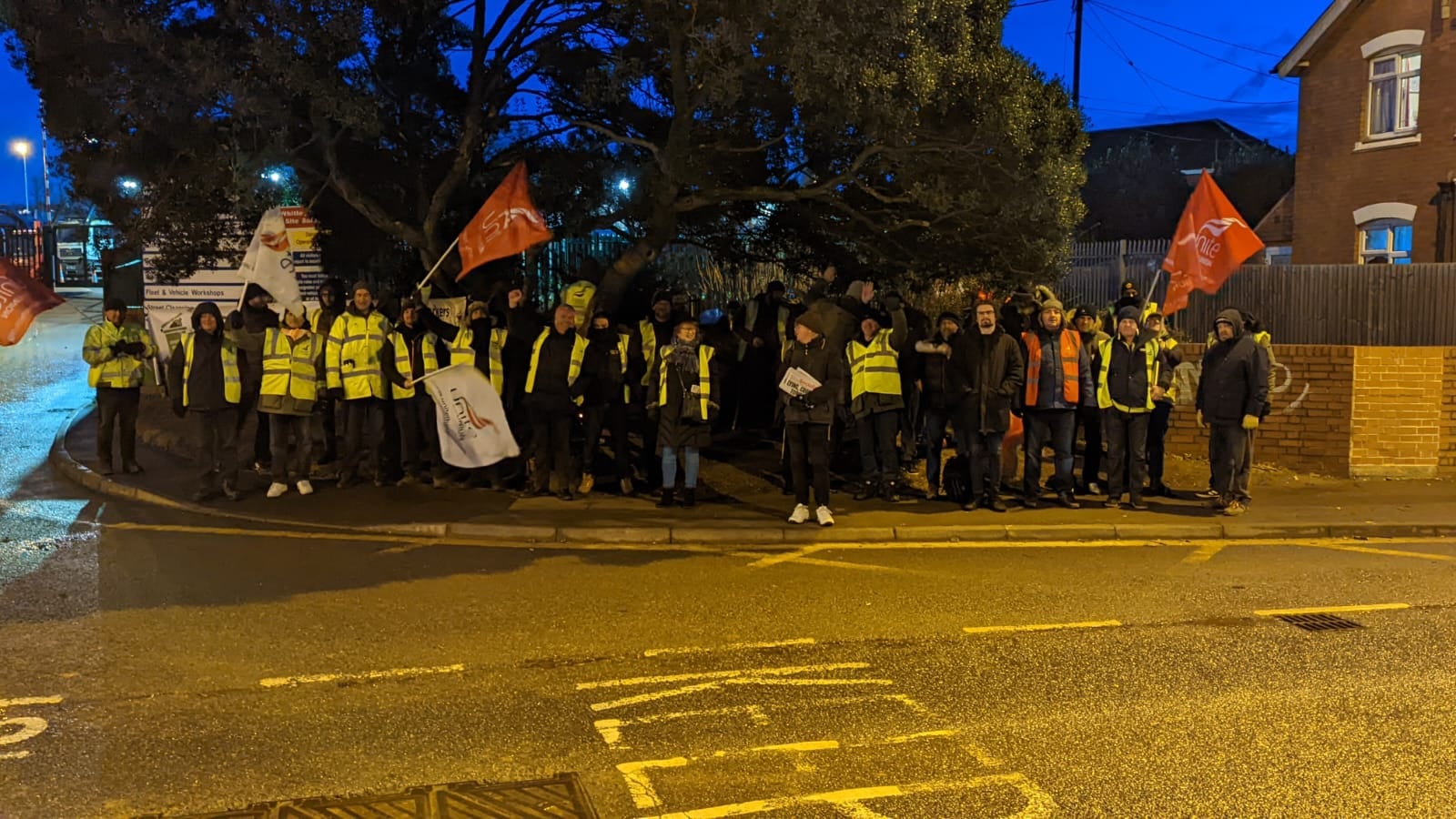 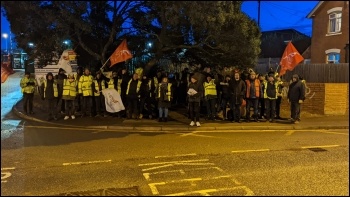 Picket line on the first day of the strike, photo Coventry Socialist Party   (Click to enlarge: opens in new window)

For weeks, Coventry’s bin lorry drivers in Unite have been on strike over low pay and Christmas working, with a packed and determined picket line in cold winter weather from 6am each strike day. As the strike has progressed, the Labour-run council has shown its hostility to the workers. First, they slandered the workers with misleading statements.

Then they opened waste drop-off sites to undermine the strike. The drivers’ reps have been treated with contempt in negotiations, and the council has sent leaflets to thousands of homes with their ‘facts’. This all prompted the drivers to go all-out from February until at least the end of March.

The Labour council has responded in the most treacherous way. They have been caught hiring agency workers to do the drivers’ work! The jobs are advertised at £18-£20 an hour – the drivers are only on £11.49 to £14.37 an hour. The council is burning taxpayer money to break the strike, after a decade of savage cuts to services, which include the bin service. It reduced weekly collections to fortnightly, which cost dozens of jobs.

But there’s more: the scab workers are being hired to Tom White Waste, a company the council bought for £14 million. As a final detail in this horrendous attack on striking workers, the non-driving crews are being threatened with disciplinary action if they don’t work with the scab workers. They include Unite members and are an obvious attempt at divide and rule.

The Labour council has betrayed the workers. Meanwhile, the strikers have had a wave of donations and solidarity messages from trade unions and Coventry Trades Union Council, alongside members of the public. Battle lines are drawn, with unions and socialists on the side of the drivers against the Labour council.

The drivers have every reason to be confident in winning. The council has blundered repeatedly. But to stop the council assault on working people in Coventry, we must also build the trade unionist and socialist challenge to the pro-cuts parties. We call on trade unionists, socialists and community campaigners in Coventry to consider standing as anti-cuts candidates or support the Trade Unionist and Socialist Coalition in May to build the socialist alternative.