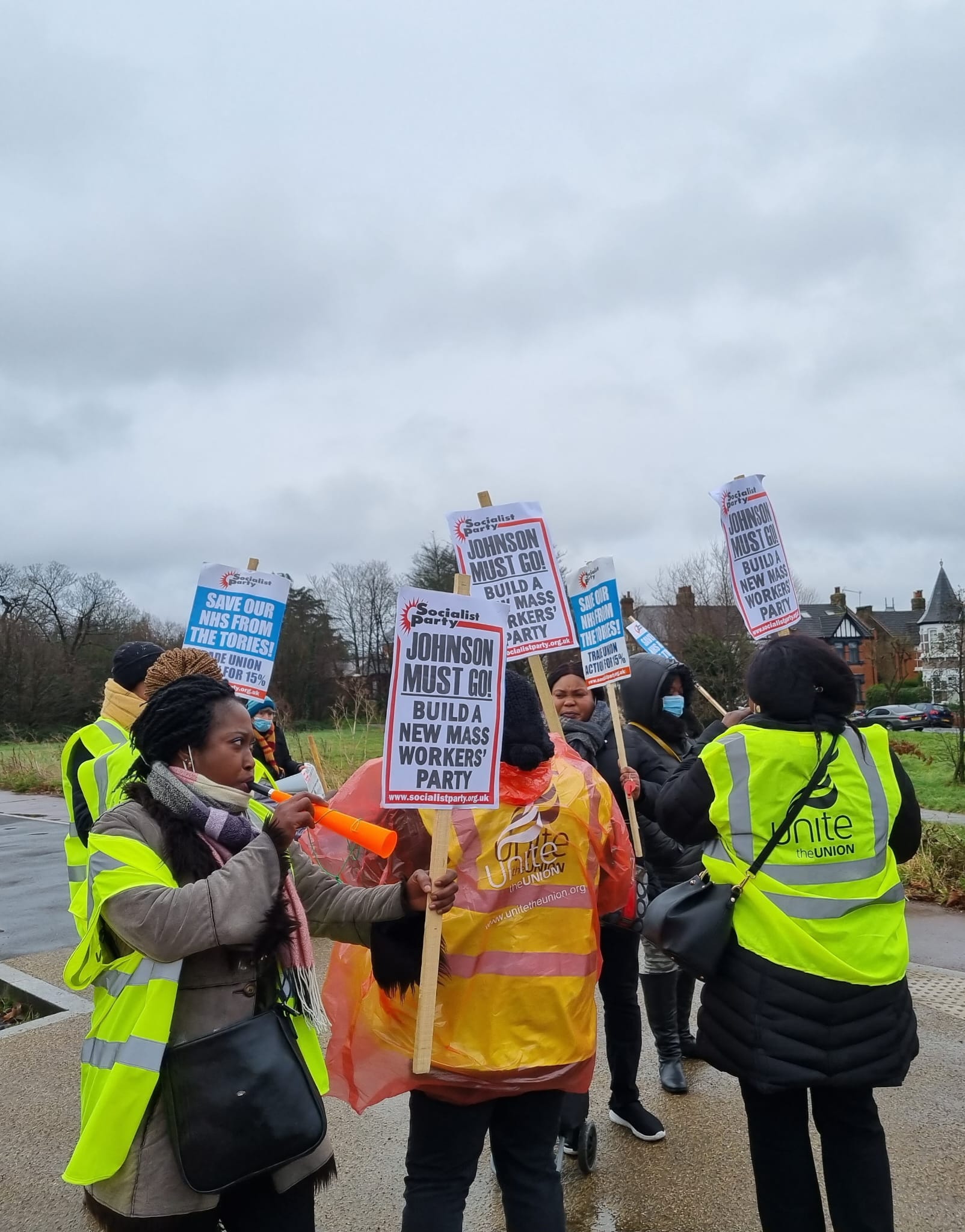 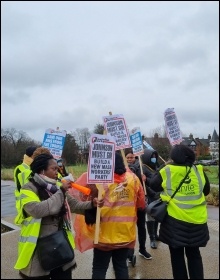 The Barts hospital workers’ picket lines in east London have been big, bold and angry. Strikers have made themselves heard, a clear message has been sent to management and Serco.

The strike has had other affects too. The action has already encouraged more workers across the hospitals to get organised and new reps have come forward.

Socialist Party members have been down to support the pickets. We have encouraged other trade unionists and campaigners to come, and spread news of the strike across the trade union movement, with hundreds of pounds raised in solidarity. Other staff, patients and passers-by have all given enthusiastic support to the fight. Most people are appalled to learn of the bullying behaviour, workloads and low pay outsourced staff at Barts Trust experience.

Serco has given the NHS Trust 18 months’ notice that it will be ending its contract in April 2023. They have made huge profits over the years by driving down the conditions of outsourced staff and keeping pay low.

We say: bring services back in-house now! The Barts’ bosses should be held accountable for the disaster which privatisation has meant for the staff.

Outsourcing is just an excuse for more companies to make a profit from our NHS. But these companies can be beaten. A number of strikes have been effective in getting workers brought back in-house. This can happen at Barts too!

If this strike wins a guarantee of being brought back in-house, especially with an early end to Serco’s contract, it can have an electrifying impact on the confidence of all staff.

All workers in the health service deserve a pay rise. As inflation rises and the cost of living increases, more NHS workers will struggle to pay the bills. Consultative ballots on pay at the end of last year got overwhelming majorities in two of the health unions.

Now a concerted effort to co-ordinate industrial ballots and strike action across all the health unions is needed. This is the only way to smash low pay in the NHS. 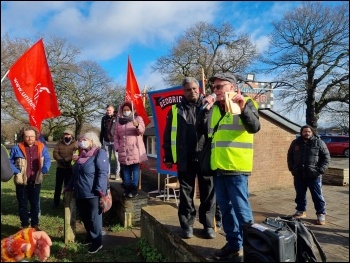 “Low pay, no way” and “Serco Serco, get out”. These were the messages given by the striking Barts health workers at the rally outside Whipps Cross hospital on 4 February. They also certainly know how to picket and rally – energetic, enjoyable and bold.

No one in the neighbouring area could have missed the loud chants of these determined workers fighting against low pay and privatisation – one of the key demands is for their services to be brought back in-house.

The Whipps Cross rally was joined by workers in the Royal London and Barts hospitals also on strike, and had a great line-up of speakers. Len Hockey, the secretary of Unite Barts and Socialist Party member, started the rally by congratulating the marvellous action taken by the workers so far. He was then joined by the Unite London and Eastern regional secretary Peter Kavanagh, who reaffirmed that Unite the Union will continue to support Barts workers, and one of the striking Unite reps at Whipps Cross.

Linda Taaffe, Waltham Forest Socialist Party member and the secretary of Waltham Forest Trades Council, started her speech by pointing out the hypocrisy of the governor of the Bank of England who said workers should not demand a pay rise, and yet he gets paid £575,538! She gave solidarity from the trades council and reported that at its annual general meeting this month, they agreed to organise a public meeting to bring together the four industrial disputes taking place in the borough.

Rob Williams, the national chair of the National Shop Stewards Network, said: “This dispute could be settled today if Barts bosses committed to bring the outsourced workers back in-house on NHS contracts from day one.”

Other speakers included an RMT member and tube striker from Hainault depot.

The strikers and supporters then marched in one of the biggest demos by workers seen in Waltham Forest. It shows that workers are fighting back locally.

There were more speeches at the end, and Len Hockey, concluding the rally, outlined the plan for strike action the following week. The Barts workers are out until 13 February and then will start a further fortnight of action on 28 February.

Socialist Party members in East London will continue to stand with them on the picket lines.