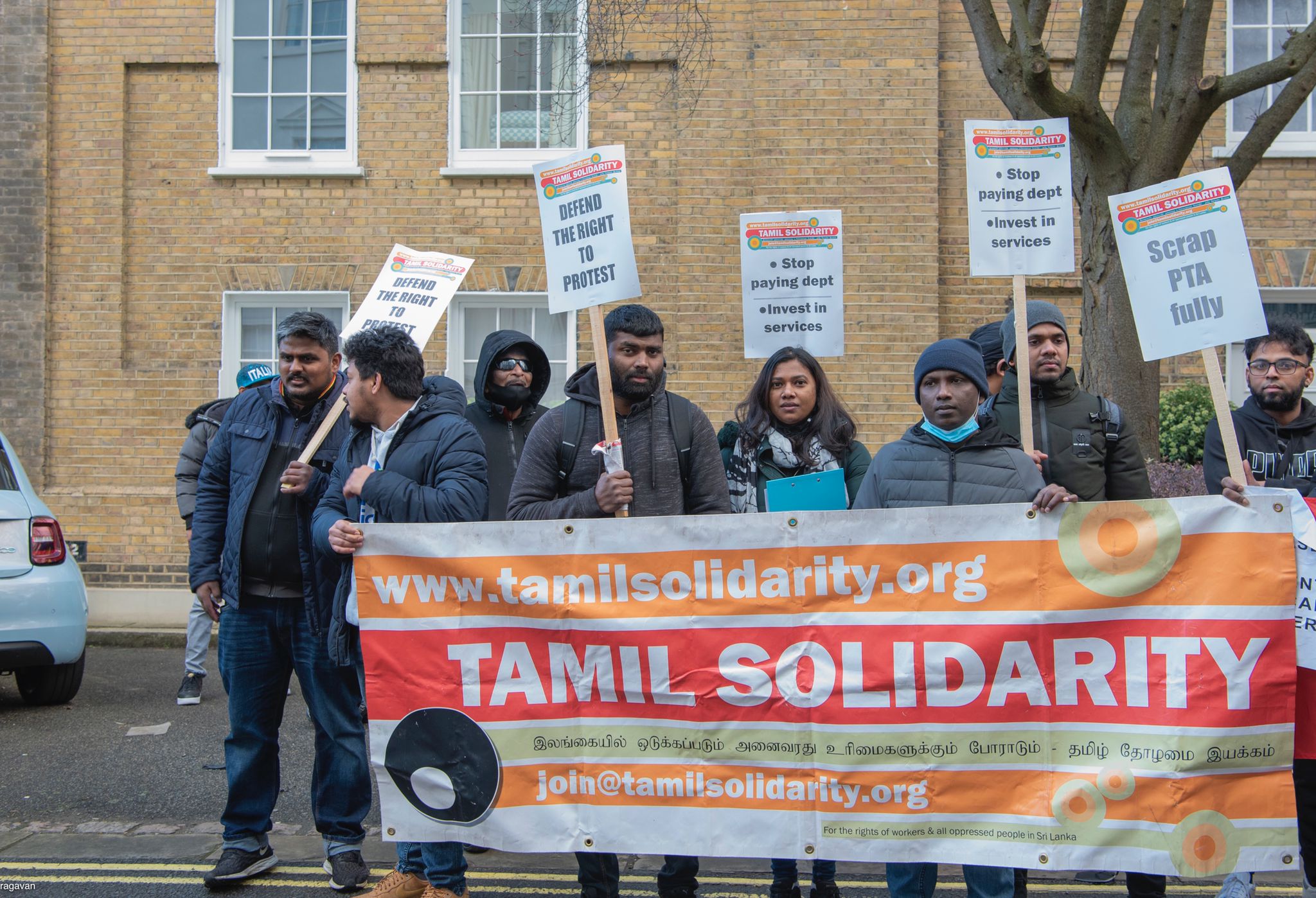 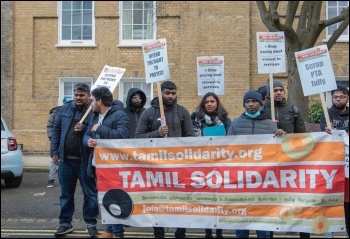 People have nothing to lose. They are ready to fight in any situation.

Everywhere protests are taking place in Sri Lanka – farmers, electricity workers, plantation workers and students. Almost all sectors of workers are on the road to fight against the corrupt government.

The protest was organised with the slogan “Independence of Sri Lanka, not for us”. Protesters also chanted: “13A, not a solution”.

The 13th amendment to the Sri Lankan constitution created provinces – including a northern and an eastern province, where the majority of Tamils live. But Tamil Solidarity stands for the full right to self-determination, including separation.

Socialist Party speakers also put forward demands to win our rights, including linking our struggle with the working class and trade unions.