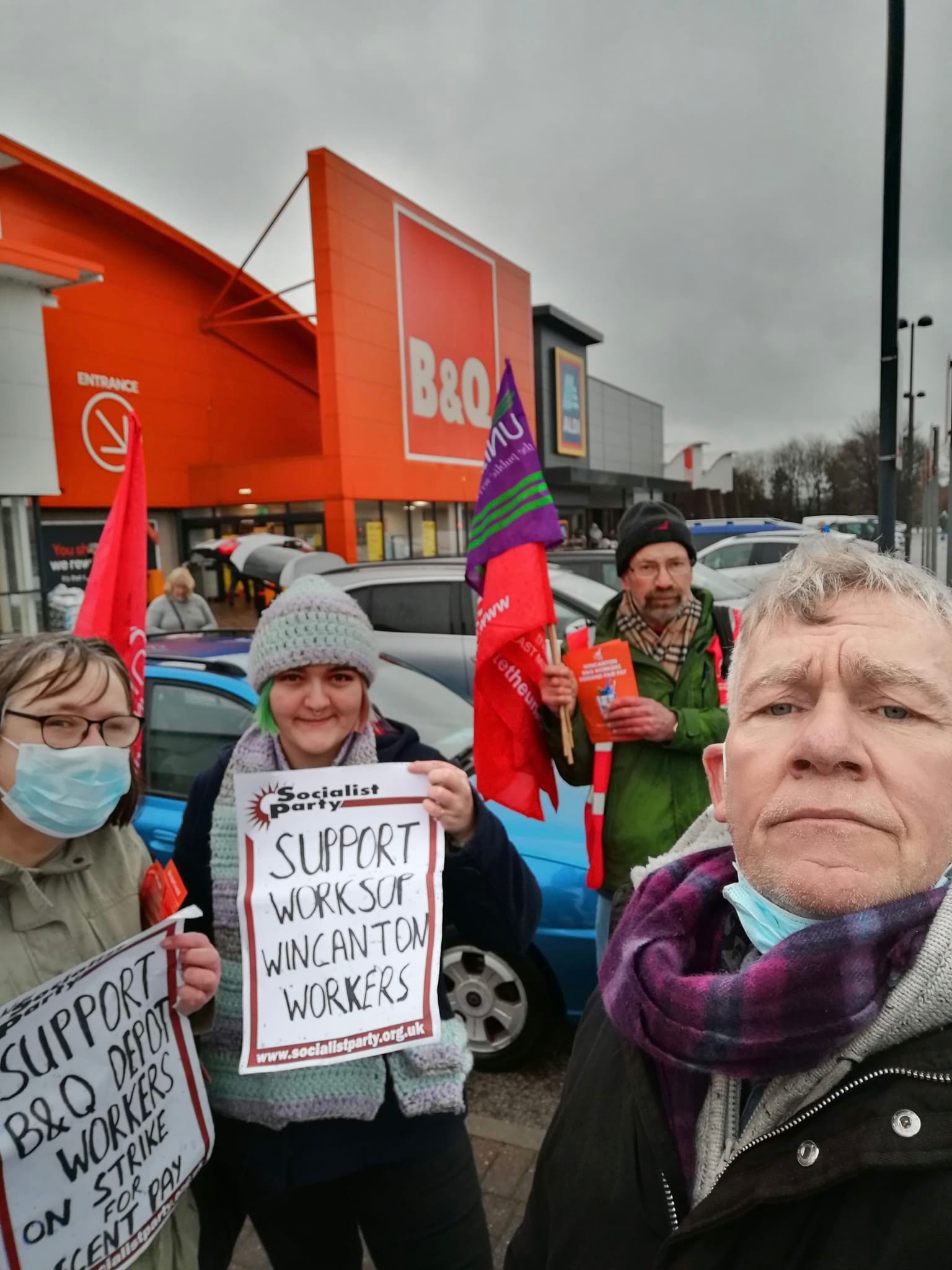 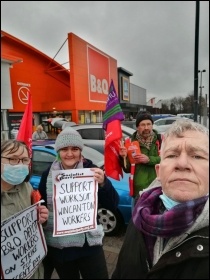 450 Unite members in Worksop, North Notts, have returned to work after winning a much improved pay deal. Wincanton, the logistics company running the B&Q depot, had originally offered 4%.

Week-long strikes started in November, and were escalated to a continuous strike after Christmas. Large and lively pickets kept morale high. As B&Q stores started running low, Wincanton returned to talk with the union.

Senior rep Patrick McGrath told the Socialist: “Worksop is the only site on the B&Q contract not tied to a two-year deal. Hopefully, when they come back around the table this year, the company will make a decent offer which reflects the true cost of living and have learned that their workforce are not prepared to accept under-inflation pay offers, and most certainly not by companies boasting record profits.”