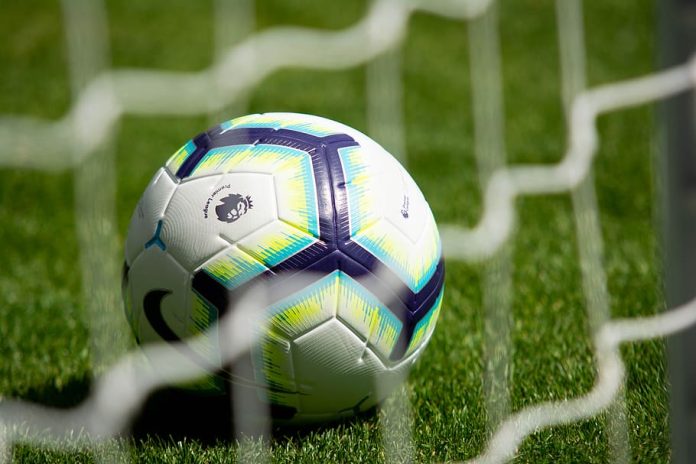 Kick out the billionaires and put fans in control

Although the World Cup takes place in the winter this year, the summer could still see a huge fixture away from the pitch as the government seeks to implement all ten of the key recommendations of the so-called ‘Fan-Led Review of Football Governance’, chaired by Tory MP Tracey Crouch.

Sport minister Nigel Huddleston told parliament on 25 April that the government endorses the ideas, and a white paper bringing forward legislation will be published in the summer.

One Premier League chief executive has described the review as “enforcing upon football a philosophy akin to Maoist collective agriculturalism”, while at the other end of the spectrum the Football Supporters Association has called it “the basis for a sustainable and prosperous future for the game.”

The main thrust of the review itself is the proposed establishment of an independent regulator which would have the power to grant licenses to clubs to compete, govern finances, and oversee aspects of ‘club behaviour’. It’s understandably been backed by most supporters’ groups.

When the owners of clubs at the top of the sport threaten a breakaway with the ‘European Super League’, and clubs like Bury and Macclesfield further down the pyramid go out of existence, its clear something needs to be done. Covid-19 has only exposed and exacerbated many of football’s problems.

At the time of writing, there are two clubs in the second tier alone with asterisks next to their name denoting points deductions due to the financial mishandling of the club by their owners. And it’s rarely the owners who suffer in these situations. Instead, it’s the supporters and the community, as well as the game itself.

But is the review and its recommendations the answer? The fact that most clubs support the review too, including Super League enthusiasts Man Utd owned by the robber baron Glazer family, who have piled debt onto the club while extracting profits, shows that it’s probably not the panacea it claims to be. The author herself gave the game away in an interview on the Athletic podcast in December when she stressed the regulator would be “independent of government and it won’t force anyone to do anything”, while also defending the market’s role in football. As one of the hosts pointed out: “We’ve got a water regulator, yet our water is still full of sewage.”

In her foreword to the review, Tracey Crouch confirms in black and white that the aim of the regulator is to focus on “specialist business regulation”, whatever that means, and “better supporter engagement.” What neither mean is ownership of clubs. But you can’t control what you don’t own.

The first chapter does a comprehensive job highlighting all the issues that need sorting, but the second chapter also fails to address the elephant in the room of ownership of football clubs, when it lists the four alternatives it considered to the current state of affairs, none include challenging ownership of clubs.

The review contains every type of chart imaginable – and lots of stats and figures – but proposes very little. It’s also worth pointing out that despite being a weighty 161 pages, only six of them deal with women’s football!

We can’t trust the Tories or the capitalist system they represent to save football. They defend the profit system that endangers football and has made it unaffordable for many.

They and their media attacked footballers’ pay during the early days of the pandemic to distract from their own failings. And just this month their friends in the Tory media have been blaming an alleged increase in trouble at games on ‘drugged-up’ supporters – rhetoric reminiscent of the slurs after the Hillsborough disaster when drinking and hooliganism was blamed.

This, and the racism that still plagues the game, is a societal problem, not simply a football problem, and the Tories and capitalism are to blame.

Every weekend, several times a week even, supporters and fans show through their passion, dedication, and sacrifice that they are at the centre of the sport. Matches played behind closed doors during the worst spells of the pandemic laid this bare for all to see.

Supporters also showed their strength and solidarity when mass protests erupted at grounds in the wake of the Super League plan a year ago, and mass outrage defeated it within 48 hours. Supporters are there before an owner buys the club promising the world, and there long after they are gone, and it’s all gone, wrong. Communities should own their football clubs and facilities. Players, club staff and their trade unions should have a role in running the game.

Let’s not forget players and staff supported the fans during the Super League breakaway battle as they voiced their opposition, while Marcus Rashford and others have been at the forefront of fighting the government since the official opposition of Labour ditched Corbyn and all his anti-austerity policies.

The battle to save the beautiful game must also involve the wider workers’ movement, and be linked to the need to change society and the fight for socialism.

The capitalists who own our clubs are the same as those who own the companies we work for and that run society under capitalism. Those top companies that dominate the economy should be nationalised and run under democratic workers’ control and management.

Like in society, there is no lack of money in football. Broadcast rights are worth billions alone. This money should be used to keep clubs afloat, as well as to invest in grassroots football and facilities. Football is a mass participation sport, the world’s biggest. As the review points out, in England alone 14.1 million people play football and 35 million attend the top four leagues per season.

Clubs should be collectively owned, and run by delegates elected from the supporters, from the players and employees’ unions, and from the local community. This should be repeated in the ruling bodies of the game.

Like the fight for socialism, the fight to save football is international too. The World Cup at the end of the year is taking place in Qatar, where many construction workers have died working on the stadia, homophobia is enshrined in law by the dictatorship regime, and ordinary fans will be ripped off massively.

Football is the world’s biggest and favourite sport. The beautiful game brings people together in our love of the game, and it can bring us all together to save it, as well as in the most important fight of all, the one for a socialist world.